Dungeons & Dragons Themed Slot Machines to Be Unveiled by Konami

Dungeons & Dragons Themed Slot Machines to Be Unveiled by Konami 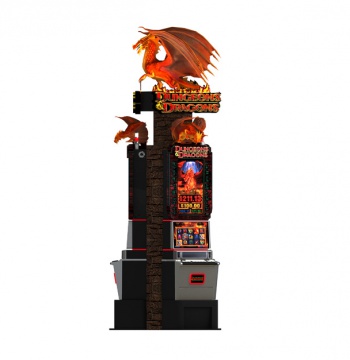 
Dungeons & Dragons is an established name in the gaming industry, but now it's looking to establish itself in an entirely other gaming industry - the casino kind of game. Working in close collaboration with Wizards of the Coast and Hasbro, Konami Gaming will be revealing its new Dungeons & Dragons themed slot machines at the 2014 Southern Gaming Summit and National Indian Gaming Association (NIGA) tradeshows.

The slot machines will come in two flavors: Conquests and Treasures, and Enchanted Riches. They will be placed in pods of two, three, and four, and will feature glowing runes, faux stone design elements, hand painted 3D dragon toppers, and a variety of sign packages including one with a rotating red dragon.

Action RPGs like the Diablo series are basically loot slot machine games, but somehow, I don't see Dungeons & Dragons players flocking to these. Perhaps that isn't the target audience, but in that case, why try to cash in on brand appeal? Is this simply a play by Wizards to further spread name recognition and build hype for the release of 5th edition?

Wait, this wasn't already a thing?

It wouldn't fit the theme at all but I'm hoping the casino(s?) at Cherokee buy up a couple of these. I've honestly never been TO one but it's the closest place to me that has gambling and I'm curious to play one of these things. I will lose all of my money and I'm almost OK with that.
T

To be honest the guys doing Slot Machines will go after any niche audience they can get. To be honest "Dungeons and Dragons" is one of those things that seems obscure, and really "geeky" but has become fairly mainstream in reality. To be honest most people have some familiarity with RPG mechanics via video games, and references in various TV shows, comics, etc... and a lot of people have in turn at least looked into paper and pencil RPGs if for no other reason than curiousity even if they haven't played them. "Dungeons and Dragons" actually has two competing MMOs out there, and the whole "Knights Of The Old Republic" thing which has spawned a ton of material all came from a D&D spin off (ie the KoToR games were basically intended as a video game tie in for WoTC's D20 Star Wars). To be honest I'm surprised it hasn't happened before now.

Having worked for years at casinos one thing you'll notice when walking past the thousands upon thousands of slot machines at someplace like "Foxwoods" or "Mohegan Sun" (I've worked security for both) is that there is probably a slot machine for just about any IP, clique, etc.. that you can think of, and probably some you can't.

At the end of the day all slot machines work pretty much the same, a new "theme" in many cases amounts to just a change in belly glass and reels, and perhaps what sounds the chip plays to attract players. With digital games it's even simpler and really a lot of the machines are just thematic dressing, with you doing almost exactly the same things up to and including how any possible "bonus rounds" play out.

Another thing to consider is that modern slot machines work based on computers, not based on pure mechanics and luck like a lot of people assume from the old days. Indeed this is in part how winnings are tracked, and cheaters detected, as the computer determines when and where a machine will win. What's more after big winnings, or a machine "hits" so many times the techs and security will come out and swap the chips out as well to prevent tampering that way (and for some other reasons).

That said, like any flashy, new machine these will get their 15 minutes of fame from casino regulars, and probably generate enough revenue to cover their costs. What's more a lot of casual gamblers/tourists might be drawn to them if they like "geeky" things. Whether or not the machines will stay around long term, achieving a following, and people who just love the way they look/sound as they play them, remains to be seen. Honestly from the picture it seems overdone, and if they stick in growling monster noises and such that won't help. That's great for a quick cash in of interest, but the series slot junkies don't like things that are quite that... obnoxious, even if they like the IPs. For example when I worked we had various "fad" machines show up with gimmicks involving say a stuffed monkey on top that gradually climbed as you put money in, and if it got to the top you'd win a bonus. That was really cool for a while, and tons of them were around, but the appeal died off (they were loud and obnoxious) and the numbers decreased steadily. Mohegan Sun spent a fortune hiring world class animatronic specialists to make these giant robotic wolves to put on the inner ring of slot machines around the outside of "The Wolf's Den" Bar/Theater/Lounge in the original casino (now known as "Casino Of The Earth"). They were freaking awesome, and were programmed to howl in sequence/unison all through the casino whenever someone on one of those machines hit a jackpot, which was a huge display/show through the entire casino. Well... let's just say they were disabled within a few months of putting them in and for the years I worked there I don't think they ever "re-armed" them, and I'd imagine they are still out of commission. Basically what was at one point a huge appeal, worked against them because people don't want quite that level of flash or to have attention like that drawn to them when they win (unlike movies).

Shoggoth2588 said:
It wouldn't fit the theme at all but I'm hoping the casino(s?) at Cherokee buy up a couple of these. I've honestly never been TO one but it's the closest place to me that has gambling and I'm curious to play one of these things. I will lose all of my money and I'm almost OK with that.
Click to expand...

Still cheaper than a new set of books. *rimshot*

A part of me really hopes they sell D&D books at the casinos they put their slots in, just to be able to reclaim those winnings...
W

I'd play em, especially if they are nickle slots.

I've never left a casino trip losing money by playing nickle slots carefully. I basically pick a machine (after the first I pay attention to the machines near me and move to one that has been played alot, but has not payed out) until it wins...then I move on to the next.

I generally play the nickle slots as they have a high percentage pay out rate (Believe in Nevada it's like 95% or something). In theory (and it's worked for me), if you jump onto a machine that already has a large amount of money invested in it..that has not paid out, then your likely to net an over all profit eventually if you keep playing it.

I still have the words "It's treasure time" ringing in my ears and it's been a few years since we have gone.

Anyway, I would totally love a D&D themed machine. It would certainly draw my interest, although if the pay out percentage was lower, or if the amount was higher (minimum quarters for instance..which means lower payout percentage anyway), then I probably would not play them.

In all, throughout the last 20 years or so, I have netted about $10k in profit all together from gambling. That is in over 20 trips, but not one time did I walk away with less money then I started with. Sure doesn't work that way for everyone, but it has for me.

National Indian Gaming Association is seriously a name of a thing? It certainly makes for one incredibly misleading acronym, did no one actually stop and think to check it out? I can imagine some pretty confused convention-goers showing up to their association's meetings.

Ok, I know some younger people will play the slots and the machines have tons of different themes. But isn't the current main demographic for slot machines the generation that thought their kids were trying to summon the devil with their D&D books? Then again, they've either forgot what D&D is and just see a medieval fantasy themed unit or realized their kids aren't running around barking orders at their pet demon's.
C

Well seeing how there already are two fairly popular Lord Of The Ring slots machines and an online version of D&D already exists this isn't that surprising. Actually there are slots for a ton of licensees I've seen, Family guy, wizard of OZ, the godfather, and even Back to the Future. 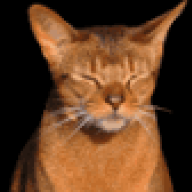 Just goes to show how cynical the WotC folks are with this property. Looking for addictive ways to separate your fans from their money? Why not go back to the roots of the addictive-gaming-for-money industry?
C