I'm confused - how exactly is a blatantly cash grabbing F2P game innovation in the era dominated by Candy Crush? At least with The Simpsons: Tapped Out it was all done tounge in cheek with plenty of jokes about the sheer absurdity of some of the mechanisms in free to play mobile "games"(I prefer to call them waiting simulators) literally from the moment you start the game After this it proceeds to use the same mechanisms but it does so with a fairly obvious irony.

You can't use the same defense for the Dungeon Keeper mobile waiting simulator though. That is done with a straight face throughout with no humor whatsoever.

As for the "innovation" line...

... He is correct... if EA's vision of the future is correct.
Aren't you all just looking forward to the just grand mobile dominance.

With every statement they make about this game they keep wedging their foot further up their mouth, quit while you're not ahead EA ffs.

... You know EA, if you would stop talking, people would still hate you but at least you wouldn't be giving everyone more ammo.

E.A. is not this stupid, there is some calculated method to the madness. They are distracting us from something bigger, something heinous, insidious, foul, smelly. What are they planning?!

Is there some kind of inside competition between Ubisoft and EA this year to see who can be the biggest dipstick? Well if anything, I don't expect this guy to keep his job, but he didn't say it over twitter though, damn.

2014: The PR Pandemic. Claimed the lives of thousands, as they laughed themselves breathless fathoming they could do better jobs than people that are actually paid to do PR.

Ultimately though this is the game idea that made EA suits weak at the knees, the perfect whale bait, they were gonna be rich, RICH I tell ya! If this is the 'innovation' they want for all games, consider me along for that EA boycott bandwagon.

Yeah...innovated too much. *That's* the reason for Dungeon Keeper being dross. It wasn't a farcical, pathetic, anti-consumer product with restrictions at every turn, which alienated any lingering fans of the franchise and which stomped the brand's name and developer's reputation into the dirt. No, it was too innovative...

The tragedy is that it's fools like this that are leading the game industry. The blind leading the blind. The question a game publisher should be asking, "Is it a fun game?" has instead been replaced with "How has it been monetised?". 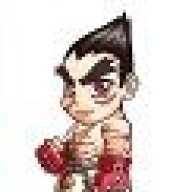 Are Ubisoft and EA just have a huge who can face palm fail the hardest fight? 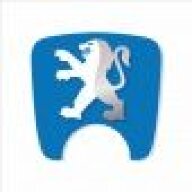 Oh EA, of course you can sustain the dungeon Keeper model for a long time. Doesn't mean you should.
The only reason Dungeon Keeper still makes money (and that is ALL EA cares about) is because its cash grabs are so shameless and frequent that there is no way it COULDN'T make money. I will admit, I find what EA is doing kind of genius, but it's not genius in the same way as Nikola Tesla, it's genius in the same way that cutting a dog open while its still alive to find out how the respiratory system works. It's smart, and gets results but it's highly amoral and only gets results because with the scenario you're in the only thing that can happen IS results, regardless of how undesirable they are.
EA, I would actually respect you more if you just flat out said "We don't give a fuck about what you think, you're stupid cattle who buy our games and that keeps us afloat. So thank you, you dumb shits!" because then at least they would be honest.
This is why retro gaming is becoming popular again, because back then they didn't abuse you NEARLY as much. I think its fair to say that when an entertainment medium first starts out and only has niche appeal then they HAVE to have high quality so that they can be noticed. If the gaming industry was like it is today in 1984 then gaming would still be restricted to only nerds that can speak Klingon better than an actual fuckin' Klingon and can recite pi to 1000 places. I hope the industry has a crash and becomes discredited just so that we can go back to making good games in order to make gaming something WORTHWHILE.
I'd say TL,DR but only illiterate hicks can't read. And you know what?
Maybe that's what EA wants. 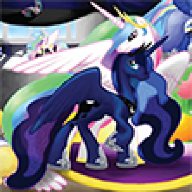 So EA apologizes for the game where you basically just pay them money as the only game mechanic, and then has the balls to come out and say it's innovative and that we weren't ready?

Yeah EA, I wasn't ready to be fucked in the ass for money every time I play a game. And if you think that is going to change any time soon, think again.

Geeze, I didn't realize EA was that disappointed by not three-peating the Golden Poo award. Looks like they're more than ready to try for their golden poo this year.

Anyway, I thought the problem with Dungeon Keeper Mobile was that it wasn't an actual game.

IanDavis said:
At this point, it's likely best if EA just stops talking about Dungeon Keeper all together and moves on.
Click to expand...

well, i guess when you have zero dignity left, might as well go all the way

It's like you know where the article is going to go, but you just have to click and read it anyway. One page of reading and 95 posts later, and I can say I was happily right. 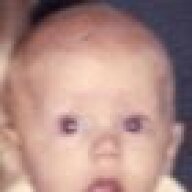 Lest anybody forgets, Frank Gibeau is also the man who claimed that Simcity is an MMO. http://www.escapistmagazine.com/news/view/122939-EA-Exec-Claims-DRM-Is-a-Failed-Dead-End-Strategy

IanDavis said:
At this point, it's likely best if EA just stops talking about Dungeon Keeper all together and moves on.
Click to expand...

Business talk aside, sometimes, I like to think they say such monumentally stupid things on purpose in lieu of silence because something compels them.

Like the last tiny shrivel of humanity they have left has just enough pull to make them open their mouth and say ANYTHING, no matter how arrogant or stupid, just to let the rest of humanity know what goes on inside the soulless hollow shell it's trapped in.

Well good thing I found the perfect .gif today to post as a responce.