EA to gets rights to Star Wars games 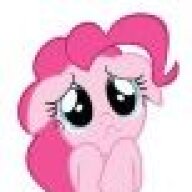 I can not decide if this is good or bad news.

At least we know there will be more StarWars games after the liquidation of LucasArts.

BUT EA as we all know well, the devil of the gaming/entertainment industry...

What do you guys think? Hell out of hand or a possible light at the end of a dark tunnel?

EXCLUSIVE? no No NO NO.

EA did a terrible job with TOR. That's my dream for KOTOR3 by Obsidian out the window.

Not good that all games will be developed with Frostbite though. Really limits the type of games that will be made.

Hopefully EA will see that Battlefront 3 will make them shitloads of money though.

I am interested to see what DICE are going to do with the license. Hopefully it's going to be Battlefront 3 or a somewhat similar experience.

However, I dislike the fact that it's exclusively EA that will be publishing the games as there are lots of non-EA devs that I would be interested in seeing using the Star Wars license.

endtherapture said:
Hopefully EA will see that Battlefront 3 will make them shitloads of money though.
Click to expand...

And that's in the last 14 hours or so. Love to see what rumours are floating around tomorrow. Yeah, the tweets are vague and don't really hint at Battlefront 3 but why else would DICE's tech director by rendering lasers? The Battlefield series is very laserless plus DICE aren't really known for their RPGs.

Hopefully Dice will do Battlefront 3. That'd be pretty great.

StarWars:Battlefront 3 with the Frostbite Engine please? I promise it'll sell better than a Battlefield 5. Right guys >.>?

Your avatar is fitting, as usual . 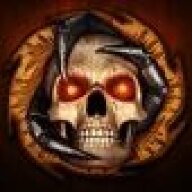 i don't understand why it had to be a long term exclusive deal...and EA of all people...the hell
D

Hmmm, well my opinions on this are mixed.

As I've mentioned before I've been playing "The Old Republic" again a bit after hearing how it's improved, and it actually HAS improved. They basically got around to doing things that they should have been working on to begin with, and expanding the endgame to the point where it can sustain a community. The game will live on in infamy as "ToRtanic" for it's record transition to a very greedy, free-to-play game, BUT to be fair it mostly stands as a testement to why to run a subscription based game you need to focus on the endgame and provide things that are both fun and time consuming for people to do to keep them re-upping subscriptions. ToR basically imitated the mistakes of so many failed MMORPGs except on an unprecedently huge budget. That said it did learn, and right now it's pretty close to the game people
were expecting it to be at launch, if you can get past the cash gouging in the FTP version.

On the MMORPG front I've had my eyes on "Wildstar" for a while now because of their whole "building a better endgame" schtick, though it remains to be seen how that will turn out or how utterly greedy it's going to be.

To be honest I think with EA how good the games themselves are will come down to what developers they put on the projects, EA's involvement is mostly going to be in terms of the business aspect of things and how much they limit the deveopers, and what kind of business practices they attach to the game (single player game microtransactions, etc...).

I've also kind of been wondering if EA will attempt to get back up in the saddle and try and do another Star Wars MMO, from a business perspective you can see why they would be scared off, but at the same time one would also think looking at ToR that they are learning their lessons and could apply what they know now to a new project... including the all important lesson than "Mythic" needs to be kept as far away from any kind of game development as possible.

I'll also be kind of blunt in saying that I half expect the next batch of games to be a disaster, because in general working within character-driven properties like the "current" Star Wars time line can be tricky to do. You wind up producing a lot of weak non-canon garbage, and have serious trouble with innovation fitting within the material or characrtization. It's sort of like how they decided to give Obi-Wan sniper weapons in "Trials Of Obi-Wan", cool
gameplay mechanic, but doesn't fit with the character.

At any rate, we'll see what happens, I don't expect a lot, and can see a ton of things to go wrong, but there is at least SOME hope. At the end of the day I can actually see some good games coming from this, but I can also see EA expecting you to pay unprecedented amounts of money for them when all is said and done. 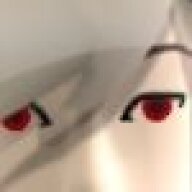 Battlefront 3 by DICE. It wont happen but it should. 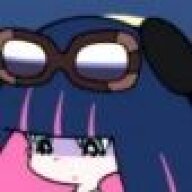 I say it's both bad and good. On one hand, new Star Wars games, and maybe even Battlefront 3, or a new Dark Forces game! On the other hand, it's EA, the company that ruins games (ex. Command and Conquer). It'll be interesting to see how this turns out though.

Now we know what the real Phantom Menace was all along...

EA is just a giant bloated manatee of a developer. They are an overstuffed wallet with greedy googly eyes glued on. Despite the way they like to throttle their developers and cram too many fingers in too many pies, they aren't the ones actually making the games. It's entirely possible that they will give Star Wars to some worthy developers and get some great games out of it. It's not like EA can't produce good games anymore, they just tend to overthink what they are doing, which can often lead to big mistakes.

That said, I do still hate them, but I can't get too worked up. I've never even played a Star Wars game to be honest, so I don't really have a horse in this race. 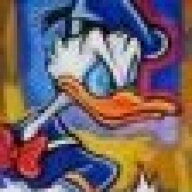 I'd be down for Dice to make Battlefront 3, or let the Mass Effect guys make a new KOTOR. Hopefully we'll get a new Republic Commando too. 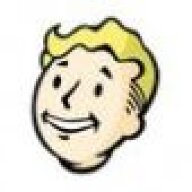 endtherapture said:
EXCLUSIVE? no No NO NO.

EA did a terrible job with TOR. That's my dream for KOTOR3 by Obsidian out the window.

Not good that all games will be developed with Frostbite though. Really limits the type of games that will be made.

Hopefully EA will see that Battlefront 3 will make them shitloads of money though.
Click to expand...

If they made battlefront three do you really think it wouldn't be plagued by micro transactions and online passes?

I wouldn't mind if it was just a few games but a fucking exclusivity deal? Are you fucking insane?

Shhh I am still sitting here hoping.
Click to expand...

And a new hope is born-this could possible be theReturn of the jedi to the video game platform,but this could also be the evil EA Empire striking back
W

I think this is simultaneously good and bad news. On one hand were getting more star wars games for sure although in EAs hands theyre going to be plagued with draconian DRM if not always online issues. The bad news is as I understand it they got exclusivity with it. This is the worst possible news because if you dont develop a game with EA you just cant make a star wars game now. Im sure there are a ton of devs out there that dont work for EA, that would make new, interesting, and engaging Star wars games but now theyre locked out completely unless they go through EA. A publisher known for having unrealistic expectations of their games and developers, who curtail artistic freedom, and who rush products out that are buggy, if not broken, pieces of software

This whole exclusivity deal just shows how completely out of touch the lucasarts liscencing firm is which doesnt surprise me. I mean the last good game Lucasarts made in house (not outsourced) was Republic commando
Show hidden low quality content
You must log in or register to reply here.
Share:
Facebook Twitter Reddit Pinterest Tumblr WhatsApp Email Link
Top Bottom