BloatedGuppy said:
I hate the visuals. Not because they're cartoonish or stylized, but because they *strikingly* bland from an art direction standpoint.
Click to expand...

Indeed. Ask a group of people to identify the game from which this screenshot was taken. I'll wager you will not get a consistent answer. This is the big problem I see here; the sodding thing is so bland that it could be ANY game. I wouldn't mind low quality graphics so much, but the blandness puts me off too much. If I didn't know any better, I would say this is from taken from WoW.

I don't think I've ever seen a game's announcement being criticized so harshly before...

Yes... Let's critique the graphics of a game that's not even into Alpha stages yet.

PrinceOfShapeir said:
Jesus Christ, what is with all the D3 Q.Qing about it having -colors- and calling it a WoW ripoff? And how the fuck did WoW effect StarCraft 2, except by giving them more money to work with?
Click to expand...

The always online factor. MMO's come with built in DRM. Blizzard wants to build that DRM into games that don't need it. 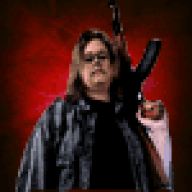 I find the lack of Argonians disturbing.
While the images don't immediately get my hopes up, I won't judge the game until I've rolled a Khajiit and stabbed something with him.

But the pictures do kinda look..... lame. I can't put my finger on it though.

while i fully expect the game to, pretty much bomb for not having anything that makes people who actually like TeS, ya know like it ....

isn't it a touch early to be calling it out for having 'meh' graphics? given there's still loads of time before release, thus room for a lot of improvement

WoW has a lot more color and much more lively art direction.

This is a lot more evocative of EQ2. It has that same plastic-fantastic whiff of mediocrity in the art.
T

Dude, early screenshots from MMOs are ALWAYS cartoony and bad.

Lunar Templar said:
while i fully expect the game to, pretty much bomb for not having anything that makes people who actually like TeS, ya know like it ....

isn't it a touch early to be calling it out for having 'meh' graphics? given there's still loads of time before release, thus room for a lot of improvement
Click to expand...

They release screenshots to get opinions so NO, it isn't too early to be complaining about graphics. Why did you think they released screenshots?

If I may continue my "it looks like EQ2" theme, I found Penny Arcade's (Gabe's) comment regarding EQ's art style, and I think it applies pretty well to the first ES screenshots. At the very least, it applies to the ones up for discussion in this thread.

I figured since it was free I?d give EQ II a shot yesterday. Tycho?s right about my take on the game. I found it nearly impossible to get past the visuals. The entire game looks like it was made using Poser and Bryce 3D. Actually some of that Poser art looks better than the shit I saw in EQ. It feels like it was all put together by computers and algorithms rather than artists. It is a world designed by math rather than imagination. There is no evidence of style in any of the characters or environments I saw. We were all talking about the game yesterday and the best word we could come up with to describe it was ?sterile?. It is completely without life. There is no love or care given to any piece of it. The entire thing was made by robots in a vacuum.

I know there must be artists working at SOE. The only thing I can think of is that they are simply cogs in some corporate machine. They must be given no freedom at all. In fact after looking at the game I wouldn?t be surprised if they are beaten daily. Their spirits have been broken.
Click to expand... 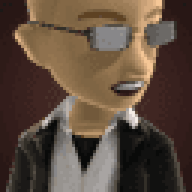 why are game devs just a bunch of retarded monkeys? what are they so busy doing that they cant spend 5 minutes on a forum looking to see what people ACTUALLY want.

We want pretty much a FIRST-AND/OR-THIRD-PERSON MULTIPLAYER SKYRIM figure it out already!!
Click to expand...

Its not up to the devs as much as it is up to the publishers and publishers don't care what people say all they know is WoW makes ass loads of money so they think a WoW clone will make ass loads too.
Click to expand...

Yeah but aren't these the same jerks that value "artistic integrity"? Where's the integrity in knocking off some cash cow and disappointing the fans?

And heck since we're heading down the path of corporate greed lets make the ending 1 of 3 options:
You can control Molag Bal's force but unfortunately you die for no reason whatsoever.
You can destroy Molag Bal and wake up in an infirmary somewhere with amnesia (great way to lead into a sequel!)
Or the best opetion, you can synthesize by taking him back to the bedchambers and spend all night making some half-Daedra babies with him, thus starting a new race of demi-gods!

RazadaMk2 said:
I just wish Warhammer 40k Online had not been axed, it was the only MMO I was looking forward to.
Click to expand...

Ehh...I was looking forward to it too, but it was shaping up really poorly. The early screenshots/videos looked awful, there was only two factions (WTF), the play mechanics were questionable. It was a mess.

For some reason Warhammer MMO projects just can't get their shit together. At best they're ambitious flops. It's a shame too, because the universe seems tailor made for it. I suspect the IP is expensive or Games Workshop meddles too much or...something.

RazadaMk2 said:
I would have played it even if it was a WoW clone.

I wouldnt care whatsoever. I would have played it if it was almost identical to WoW in mechanics, art style, EVERYTHING. Warhammer 40k is just... Awesome. And, as you said, tailor made for an MMO. Everything goes in that universe. Hell, they would no suffer the same fate as WoW has, Expansion Fatigue. In a universe where they can literally get away with blowing up an entire planet (Hello Exterminatus) add another planet on a whim (Planets coming back from the warp) have giant spaceships just float into a system, filled with daemons of all kinds (Hallo Spacehulks)... Seriously. I hope that one day a decent team gets hold of the IP and finally makes a decent Warhammer MMO.

*sigh* I wish Warhammer:Online (Or WAR) was not such a flop. I got it on day of release. It was strange though. I loved every element that went into the game but could not keep playing it. It looked better than WoW, had more interesting lore than WoW, had some really awesome ideas behind it, the PvP was more enjoyable than WoW. Seriously, all of the parts added up to a WoW killer if taken by themselves. But added together? Somehow it became Bland McBlanderson. And then I went back to WoW.

I guess its a good thing that there aint a single MMO on the market that can keep me interested for upwards of a week. What with Uni and whatnot, Lol.
Click to expand...

Your enthusiasm would've plummeted the first time you realized they lumped all the factions togethers as allies. Orks, Tyranids and Chaos, working together in harmony!

WAR had TREMENDOUS potential. I actually loved a lot about it. But it was fundamentally broken on a mechanical level. Not only was the engine shit (it ran like a crippled pig and was awash in bugs), but the 2 faction system was a terrible error in judgement, and the entire meta-game was a mess. There was no fixing it, it would've needed to be rebuilt from the ground up.

A lot of the concepts made it into Guild Wars 2 though. Faction based PvP (with 3 sides, thank god), public quests, keep sieges. Alas, you don't have that sweet, crunchy Warhammer IP backing it up though. 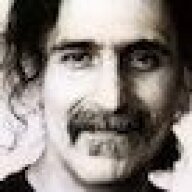 So does this mean third person turn based hordey combat?