Sithis take the false ones. I am the Night Mother's blade and you shall feel her kiss.

Farther than stars said:
Well, as I've repeatedly said before, I've never really been able to get into TES series, but from what I've seen I agree most with the nine divines. They seem to be centered around the values of virtues and mercy and as a Christian I can dig that.
Click to expand...

then again, they also include one god who forces women to have abortions, but i guess that's the problem when gods are just really powerful people and not just embodiments of an idea.
Click to expand...

Exactly, but just because you adhere to a faith, doesn't mean you follow all the beliefs of your fellow believer. For example, a lot of other Christians believe in creationism, but some of us take that idea less seriously in lieu of the theory of evolution.
Also, when my other options include Daedra and "night mother", I know which one I'm going for. 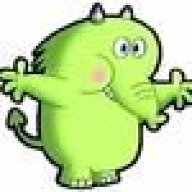 Acrisius said:
Talos. That guy is a badass dude. Plus he's kinda like the Jesus of Tamriel, if you think about it...
Click to expand...

Exactly like Jesus, except Talos didn't take shit from anybody. Hit Talos, he don't turn the other cheek, the he turns you inside out. Jesus turned water into wine, Talos made rivers run red with blood(justly so).
S

Y'ffre mainly because I love Bosmers..but if I had to chose some one else cult of Sheogorath...
S

I worship Sheogorath. but you can use THE WABBAJACK!!!!!. Now lets go get a goat, pelgius in a kiddie form, and a sultry maiden, and let the good times ensue. (or bad, no one knows what gonna happen with THE WABBAJACK.)

Acrisius said:
Talos. That guy is a badass dude. Plus he's kinda like the Jesus of Tamriel, if you think about it...
Click to expand...

Hmmm, if Jesus was an emperor of dragon blood who conquered the Earth and was able to shout enemies to death, I have to admit, I'd be a Christian myself

edited for a lore fail up there x.x

OT: Talos' awesomeness aside, Deadra are my favourite. I love them, they're like the Gods of Greek mythology, instead of being perfect, goody two shoes Gods, they're mostly just powerful jackasses

edit: oh and the Tribunal Gods were pretty awesome.
Click to expand...

Dude, just switch out the words or consider them metaphors and you have EXACTLY what Jesus did.

Example, he shouted out disease from people, shouted at water to make it let him walk on it, shouted at fish and bread to make it endless...So he didn't have DRAGON blood, but he did have DIVINE blood, kinda, being son of God and all. And he conquered a lot of the earth by spreading his teachings, and has his own hood up in heaven, etc. Plus, Talos being ascended to Aetherius and becoming a divine is almost a rip off from the bible with Jesus being ascended to heaven, etc.

Daedra show the same similarities, except with Greek gods, just like you say. Powerful Jackasses indeed
Try pissing them off if you can when you play Skyrim, be really ungrateful and cocky. They're fun
Click to expand...

Metaphors being the main problem. In TES, Talos was a real man, a well documented emperor and what he did isn't impossible in that world, you can still see it in "present day". Jesus, or at least his special powers, are pretty much a myth (no offense to Christians, but my atheistic views aside, I think you can agree Talos is more "provable" in TES than Jesus is in RL).

And yeah I already fucked Azura over. Which I'm kinda sad about as I like her and she's the only good Deadra, but guaranteed Grand souls? Hells yeah. I'm not even sure what creatures have Grand souls in Skyrim. Dragons would be an obvious guess, but I hit a few of them with my Soulripper (my personal little soul reaping dagger) and saw a "resisted" message one too many times so not sure if they're immune. Guessing Ice Trolls or Giants maybe? But no clue, usually it was the Deadric creatures in previous games and the only ones of those I've seen so far are the dudes the guy in Azura's Star summons on your arse to defend himself.
Click to expand...

You're saying that having dragon blood, being able to absorb the souls of dragons and shouting to cause a thunderstorm and shit...isn't impossible..? Most people in the games don't believe any of that shit is actually real, that it's just a legend or myth, etc. Kinda like with jesus.

I'm sorry but you are the one that brought religion into this argument and he wasn't shoving it down you throat he was merely explaining his point of view, So stop getting pissed off and live with the fact that a large majority of the escapist is atheist