Electronic Arts Voted Out of "Worst Company In America" Poll

Electronic Arts Voted Out of "Worst Company In America" Poll

Bad news, EA haters: The three-peat is off.

Electronic Arts was a solid favorite to win this year's Worst Company in America award, which would have given it an unprecedented three Golden Poos. Yet it didn't even make it out of the first round, as it was edged out by Time Warner Cable, which must now surely be seen as a front-runner for the top spot.

Time Warner Cable got 51.2 percent of the vote in its first-round showdown with EA, which pulled down a mathematically-obvious 48.8 percent. That's the narrowest margin since 2011, when BP beat out Bank of America by less than one percent to win the overall title.

EA had a rough ride last year with the launch of Battlefield 4 but the Consumerist said that Time Warner's looming merger with Comcast, another former winner, is likely what put it over the edge. The still-independent Comcast delivered an "absolute crushing" to its first-round dance partner Yahoo!, 87.9 percent to 12.1 percent, suggesting that "there is a lot of hatred out there for the nation's largest cable/internet provider."

It's sad, in a way, to see the dream come to an end, unless you work for EA or think there are worse things that a major multinational can do than release kind of half-assed video games. Peter Moore will no doubt be happy about it, even if the result is less "we can do better [http://www.escapistmagazine.com/news/view/123116-EA-Really-Doesnt-Want-to-be-The-Worst-Company-In-America]" and more "somebody else can do worse." 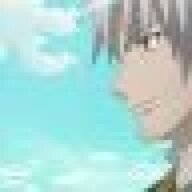 Well thank god that they got voted out. Now finally people can stop complaining that EA won the awards two times in the row and that it should have went to some other company.

OT: Well EA hasn't made too many controversial moves lately so I guess there is not too much to hate on. The only really big negative they really had was that stupid idea that was dungeon keeper and I guess you could throw in the launch of battlefield 4 i guess.

Well, I guess it's for the best. Anti-consumer practices by EA does are not likely to pass unseen in this day and age, anyway, so there's that fact to console the people who voted for them.

I wondered what that sound coming from the West was, must have been the collective sigh of relief coming from EA HQ. 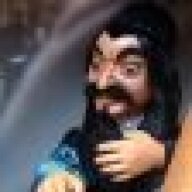 If this poll was actually going to have an effect of what EA do or don't do we'd have seen it mid way through the second round, I imagine all of the armchair business experts on the Consumerist are currently pleased that the "peasants" have left them alone to decry other equally horrendous companies.

All that said am I the only one who still remembers that it wasn't ME3 that set this off the first time (it was a happy accident that they coincided) but instead the vividly terrifying reports made by both former and current EA employees about the kind of Work House level contracts they saddle you with?

First of all, didnt even know voting for this started again. Probably due to lack of living in the US of A.

Second, i wouldnt be surprised if EA had some people on a dedicated mission to make sure EA wouldnt get through the first round(s)
S

EA has alot of money.. I mean it would have been impossible for them to use so much money on all the garbage games we have seen them publish over the years. My guess is that EA stopped lighting cigars with 100 dollar bills and instead used that surplus of cash to ensure that it would be impossible for them to win a third poo.
S

Learn from this, EA. Drag yourself up from the pit you've fallen into and redeem yourself. It can be done. Honest, it can. You simply have to want to do it.

...why do I feel like my words will go unheard?

How about instead of making several quality developers into losers in March Madness or w/e you guys have, you vote for the worst video game developers of the year?

Because I'd be totally down for that.

That's a shame, I would have loved to see their reaction to a third consecutive 'win'.

Andy Chalk said:
Peter Moore will no doubt be happy about it, even if the result is less "we can do better" and more "somebody else can do worse."
Click to expand...

Set the bar that low and you'll be happy every time.

Awww, bit of a shame really. The meaningless award shoulda gone to 'em.

It won't have any effect on the company even if they were voted the worst, but at least now the morons who voted for EA can shut the fuck up, even if it's just for one year.

I'm relieved that a video game publisher isn't in the top spot anymore. It felt like there were more deserving organizations whose practices deserved a bit of stage time, and that EA was just the whipping-boy (albeit a deserving one).

I work for Time Warner Cable, they allow me to be part-time, have full benefits including free Cable/Internet. The company has won several "Best Place to Work" awards and most employees are happy working there.

*These are my opinions and not those of Time Warner Cable*
Time Warner Cable and Comcast are getting screwed by other companies. First off, Network Interface Cards in computers have been getting cheaper and sh*ttier year by year. Second Cable modem manufacturers Ubee, Cisco, Motorola, Netgear, Arris, etc have been giving the crappiest quality modems to the cable companies so customer would buy their modems from the store instead of renting it from the cable companies. Lastly there are a large percentage of customer base that does not do the simple stuff to protect their computers from virus and malware that slows internet speeds and are undetectable from the cable company.