​
The Elite: Dangerous single-player combat is only in alpha state but it still looks awfully good.

First, the bad news: If you didn't back Elite: Dangerous on Kickstarter at a sufficiently high level, you don't get access to the alpha test phase. The good news, however, is that it looks awfully, awfully good. The video has undoubtedly been edited for maximum effect but if this is the game in early-stage testing, I am very hopeful for the final result.

David Braben's narration is also interesting, as he explains the generalities of how sensors will work. Sound is irrelevant in space, as he points out, but heat is most definitely not, which has the effect of making projectile weapons - "Gatling guns" and that sort of thing - an important part of ship-to-ship combat. They give off much less heat than energy weapons, which are far less thermally efficient and make your ship "light up like a Christmas tree," and are thus very useful for players who want to keep a low profile. In fact, ships can "go cold" by shutting down various systems, making them far more difficult to detect.

Back to the good news/bad news routine: The good news is that if you don't have access to the alpha test and want in on the action, you can still buy your way in by supporting the game at the Elite: Dangerous website [http://elite.frontier.co.uk/]. The bad news is that it'll cost you £200.00, which translates into roughly $327, and that is not a typo - that is three hundred and twenty-seven Yankee greenbacks. Serious fans only, in other words.

Heck of a nice video though, eh?

I can't help it. Every time I read that title the first thing that comes to mind is Michael Jackson.

The next thing that comes to mind is, that groovy beat and... Daaangerous... the girl is so daaangerous.

I still hope the game will not suck though. And that it will feature landfall. That is, planets having some kind of meaning other than background props.

Edit: now that I took time to watch the video, I have to say, that does look surprisingly awesome. They actually managed to pull it off. It looks fantastic and it is Elite, at the same time. 8-0

Looks interesting, although I do have some concerns (There was a few points where it looked like his lasers had lock-on which would be awful IMO). In any case I'm not gonna get hyped for something I don't expect to see the finished version of till early 2016. 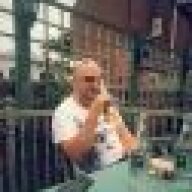 As a beta level backer only I do feel that it is important to add that for your £200 you do get a lot more than alpha access. More than I am able to spend (all my spare cash has gone on Star Citizen, Elite was a Christmas present) just to get Alpha access but you do get a ton of ships and collectable goodies when the game launches. Still think Star Citizen will be the better game more for the immersion factor but if your a true space-sim fan then don't let this one pass you by.
S

and i already see a reason not to get this game.
Cockpit.
Why does games insist on addit this screen waster crap instead of good and functional UI is beyind me. who wants to see a thir of thier screen covered by a dashboard.....

Strazdas said:
and i already see a reason not to get this game.
Cockpit.
Why does games insist on addit this screen waster crap instead of good and functional UI is beyind me. who wants to see a thir of thier screen covered by a dashboard.....
Click to expand...

Strazdas said:
and i already see a reason not to get this game.
Cockpit.
Why does games insist on addit this screen waster crap instead of good and functional UI is beyind me. who wants to see a thir of thier screen covered by a dashboard.....
Click to expand...