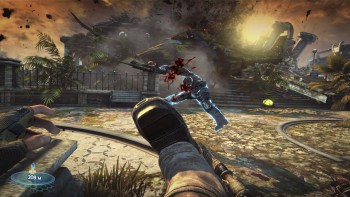 Bulletstorm [http://www.amazon.com/Bulletstorm-Pc/dp/B003H0CBT8/ref=sr_1_3?ie=UTF8&qid=1311620467&sr=8-3] was a flop but Epic President Mike Capps maintains that he has no regrets about making the game and high hopes for the follow-up.

Bulletstorm, the foul-mouthed FPS from at The Escapist! [http://www.amazon.com/Painkiller-Black-Pc/dp/B0009YN1T4/ref=sr_1_1?ie=UTF8&qid=1311620502&sr=8-1]) and went over well with shooter fans who played it. But as we've seen time and time again, a good game does not necessarily mean good sales and it would appear that the number of gamers who actually played it is relatively tiny.

Bulletstorm failed to break Kotaku [http://www.gamesindustry.biz/articles/2011-03-11-xbox-360-to-outsell-wii-on-trailing-twelve-month-basis-article] that the game "didn't make money for us," but at the same time he says he has no regrets about doing it.

Capps didn't talk about why it didn't sell, instead focusing on Epic's all-in commitment to whatever it does, be it the Infinity Blade [http://www.amazon.com/Gears-War-3-Xbox-360/dp/B002I0H79C/ref=sr_1_1?ie=UTF8&qid=1311620636&sr=8-1] for the iPhone. Epic could have pulled the plug on Bulletstorm and put People Can Fly to work on "churning out Gears of War content," Capps said, but that's not what Epic has PCF around for.

"The studio has shipped AAA content," he said. "The next thing we do with People Can Fly will be great."

Capps is giving a talk at the upcoming Game Developers Conference Europe [http://www.gdceurope.com/] entitled "Size Doesn't Matter: How Epic Brings AAA Attitude to Every Game, from Gears of War 3 to Infinity Blade," which may delve a little deeper into Bulletstorm's failure. Whatever the reasons, I hope it doesn't mean the end of "dicktits" in future marketing materials. GDC Europe runs from August 15-17 in Cologne, Germany.

Excuse me while I pick my jaw up from the floor... sarcastically.

Well, at least Gears 3 will make them enough money to buy Switzerland and 3 carribean islands as compensation. 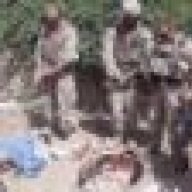 I didn't think there was anything remarkable or refreshing about Bulletstorm. So I'm not going to agree with the "good game doesn't always mean good sales" logic. I thought the game was rather boring. It's like they couldn't decide if they wanted it to be a cover-shooter, or a fun, silly shooter. So they just cut it down the middle with a dull butter knife of mediocrity.
J

This amuses me greatly to read this 3 days after trading in my unopened copy of Bulletstorm. Yes, i'm a dumbass for buying the game in the first place, but yeesh... 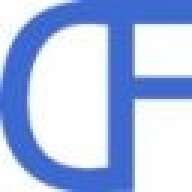 I walked into a shop on release day, specifically to buy Bulletstorm.

I saw "Games for Windows Live" on the box.

I left without buying it.

Every game with GfWL attached has been a complete disaster for me *beacuse* of GfWL, and I'm now boycotting it completely.

That sucks, I tought this game did well.
Over the top fun.

i didn't buy Bullet Storm because i didn't like the demo and what i really wanted was a competitive MP aspect, and not just Co-op against the AI.

I get that it's not that type of game, closer to an arcade experience; but that's what i was looking for when the game came out. I wanted a fast paced, twitch shooter, something completely different than the 'realistic' military shooters popular today.

I wanted Bulletstorm to be Serious Sam with the 'kill with style' mechanic and high scores.

it was fun...but it fell/felt a bit short for me

still, maybe PCF could do a Painkiller HD remake?? :]
(but they prob don't own the series name anymore)

The problem is that the game's main demographic has a large focus on competitive multiplayer, which Bulletstorm lacked.

Huh, I thought it did do well. Strange...

...but at least they're not abandoning ship like most developers/publishers do.

It was? Everyone I spoke to/read review from, said it was bland so never bothered to pick it up.

That and it was for GfWL, even if it was the best game we will ever make I wouldn't buy it because it uses freaking GfWL.

That's the least they could have said about UT3, which they've been quietly nudging under the sofa mid-development ever since they realized the mouth-breathing Gears of War fanbase makes them ridiculous amounts of money.

Problem is that Bulletstorm wasn't a good game. At least that's the image that the PC demo projects of it. You have to have a very specific resolution or the game's framerate chugs along in what feels like single digits, and they didn't include a proper options menu for the mouse, so you have to fuck around in the ini files to configure it properly. Personally I call that a bad game myself. As far as the PC version goes, it reeks of a bad console port that had no extra effort put into it to make it PC friendly. They just hit the "port to PC button" and then shipped it without doing anything to it to make sure it ran without incident.

And no, I'm not one of those PC elitist people. I'm just saying that I should be able to install a game on my PC and not have to dick around in the Nvidia control panel making a custom resolution to save the framerate and root around in INI files to fix the mouse because the developers were too lazy to make a proper PC port.


DFish said:
Every game with GfWL attached has been a complete disaster for me *beacuse* of GfWL, and I'm now boycotting it completely.
Click to expand...

Oddly enough, Games for Windows Live was the only part of the demo that didn't give me any grief. Just put in my Windows Live ID and poof, on my way to trying to play this poorly ported piece of shit. 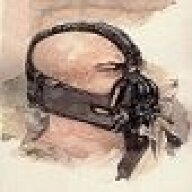 rabidmidget said:
The problem is that the game's main demographic has a large focus on competitive multiplayer, which Bulletstorm lacked.
Click to expand...

That is exactly the reason haha. The over machoistic characters got old real fast to.

short game+ non-significant multiplayer made this a prime example for trading in as soon as you are finished.

If it was more aligned with painkiller than most other shooters they could have gotten the nice bump that painkiller got from the yahtzee review instead the review pretty much told people that this wasn't the game that they liked. 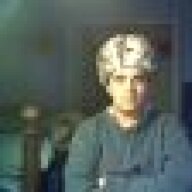 I felt that it was all style with no true substance. And if painting a house is style, Bullletstorm really just got wasted, spread its own shit over the walls and laughed at its own jokes.

Maybe next time Epic should leave People Can Fly alone and allow them to go back and make cool niche games. Like Painkiller.


the spud said:
Well, at least Gears 3 will make them enough money to buy Switzerland and 3 carribean islands as compensation.
Click to expand...

Nah, maybe just a few decent houses. Modern Warfare 3 on the other hand will allow Infinity Ward to buy the whole fucking universe.

I would have bought it, but, thesis writing for the loss.

The expectations to ship massive units on multiplayer adoption is really damaging the single player experience. Before long, ALL we're going to get are the big multiplayer franchises. I appreciate that they released AAA Content for a predominantly single player game, but this spells trouble.
Show hidden low quality content
You must log in or register to reply here.
Share:
Facebook Twitter Reddit Pinterest Tumblr WhatsApp Email Link
Top Bottom