"Once you've seen one scene of Lincoln excessively cool kung-fu axe fighting, you've seen them all"- I want to see this movie now based entirely on that quote.

I must see this film. It looks incredibly funny

To be honest I bought the book just because of the title and was expecting a cheap laugh, but it was very well thought out and most surprising of all...kinda plausible. It did a very good job intertwining fiction with historical fact, well at least as far as know having a passing knowledge of his life

I do not need to see another movie with the central premise being "Girls can do anything boys can do!", it's been done to death and I hope Brave bombs hard and this storyline never sees the light of day again.
Click to expand...

The best part is that I went and saw Brave, and that has LITERALLY NOTHING TO DO with the movie. At no point were the sentiments "Girls can't do that!" ever brought up. So your angry critique is worthless. Maybe you should go see movies before commenting on the storyline you perceived from a thirty second commercial and a couple wild assumptions.

(For the record, it was totally awesome, and I'm putting up a review on this site later.)

What is it with Americans trivializing historic figures...

Abe Lincoln was a vampire hunter.
Einstein was a party animal.
Sherlock Holmes was a douchebag genius fighter.

surg3n said:
What is it with Americans trivializing historic figures...
Sherlock Holmes was a douchebag genius fighter.
Click to expand...

tehroc said:
Perhaps there will be a sequel. Theodore Roosevelt: Werewolf Hunter, a biopic of course.
Click to expand...

Henry the VIII, Wolfman is the released version/

These parody book series things have covered a LOT of ground, yet it's still better than the trend Twilight started.

ReiverCorrupter said:
This is not to say that I want to completely demonize him either; I just want history to be an objective reflection upon past states of affairs, and not a fairy tale that is blatantly used as propaganda to promote mindless nationalism. Guess I've got high hopes.
Click to expand...

This is really just a test of sorts, War of Independence?

I'd like to see a movie where Mayflower Satanists come to America and the Natives fight them Natives AND win.

Grahame-Smith recently released another book that I will likely NEVER become a movie. Not cuz the book is bad, but because well... It's called 'Unholy Night' and the premise is this 'all we know about the three magi is they were at the birth of Christ bearing weird gifts' Even as a christian, and maybe because of that, I found all the references in the book to be kind of interesting and fun.

2nd thought I assume that this movie

Might gain a bit more popularity? By the way Jesus is assisted by a Luchador... It's also a musical.


surg3n said:
What is it with Americans trivializing historic figures...

Abe Lincoln was a vampire hunter.
Einstein was a party animal.
Sherlock Holmes was a douchebag genius fighter.
Click to expand...

Saying Abe was even more than what he was already, many consider him our greatest president ever. I don't find trivializing, I find it was adding more myth to the man, granted it's a myth no one will believe but it's fun.
Einstein by all accounts was a bit of a philanderer.
Sherlock Holmes was not a real person.

Christ, how many films does Tim Burton direct at once?

Surely there's not enough time in a lifetime to direct that many creepy not-quite-horror movies?

My only problem with this movie is that Robert E. Lee doesn't show up as a vampire. 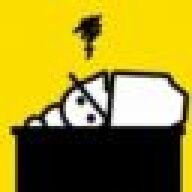 RECORD YOURSELF SLAPPING A MAN WITH A FISH

I was iffy on this one but I'll give it a shot. Maybe tonight if its playing.

Ryan Spellman said:
Why is it okay for Hollywood to MOLEST our nation's history. Am I the only one who realizes this?
Click to expand...

Considering it was a book first you probably shouldn't place the blame solely on Hollywood. Also you do understand what satire is right? 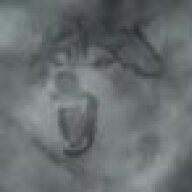 I am curious to see how this plays out outside of the US?

And a review of Brave initially probably wasn't as neccasary, those goign to see it, were going to see it and probbaly not watch Bob. Though he reviewed Avengers that was a known, but probably wouldn't sway anyone anyway.

Then of course you have Asylum creatign their red box straight to video movie to confuse people. This time it's Abraham Lincoln vs. Zombies. (I also notied tehe pixar rip off "The Bravest" a cartoon and a girl with red hair as the lead, wow that's blatent) 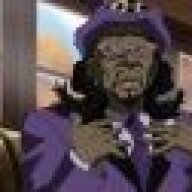 YodaUnleashed said:
When the trailer for this showed in the cinema and the titles came up at the end "Abraham Lincoln.......Vampire Hunter", no lie, everyone in the cinema laughed in derison. Then again this is England and such ridiculousness would be fine in a Monty Python sketch but not in a serious fully-fledged movie. I suppose it could be fun to watch and laugh at.
Click to expand...

The same thing happened in my theater and I'm in the US.

This was the worst movie I've ever seen. Completely disagree with you Bob about it being fun, I thought it took itself way too seriously and should have stuck to being a B-movie. The plot didn't flow, the action scenes were repetitive and broke my suspension of disbelief, and the characters were all flat and boring
Show hidden low quality content
You must log in or register to reply here.
Share:
Facebook Twitter Reddit Pinterest Tumblr WhatsApp Email Link
Top Bottom