Escape to the Movies: Elysium 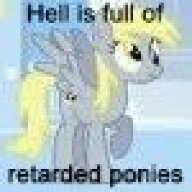 Jacco said:
I literally could not watch that review because I can't handle the Bawstin accent.
Click to expand...

Seriously though, when the hell did this development happen? I feel like in the past six months, he's really laying it on thick. On top of that, it's deliberate. Once he gets going on a rant, there's no sign of it, which shows you how preconceived it is.

I loved District 9 and have been looking forward to this since hearing of its existence. Not heard any other reviews, not heard what the general reaction to it is (apart from Copper Zen's note above) and am chuffed Bob liked it. Good chance I'll love this too.

Well, seeing as this movie is almost a carbon copy of it, but with Matt Damon instead of a spunky robot girl, it's just that much more disheartening.

Were there talks of one? Because I am wondering how they would pull that one off!

Uh...is this another case where Bob's inner fanboy leaves him giddy and oblivious to problems? You may recall how he said the Captain America might be "the best movie ever". Bob has as much of a track record for going overboard liking certain directors or movies as he does for reflexively hating others (I never listen to Bob when he talks about JJ Abrahm's work, anymore).
Click to expand...

I've not seen it yet, but I've got to agree with you regarding MovieBob letting his personal biases make up his mind for him - anything where it's clear he'd already largely made up his mind on the issue, or he's pulling the conclusion from grounds that I don't share (particularly anything to do with comics or Abrams), I ignore his overall review and listen for the specific arguments he occasionally throws in, which usually gives me enough of an idea of what to expect.

Personally, I didn't care much for District 9, I appreciated it was doing things in an unusual way, I just didn't like it. My concern with Elysium are whether the allegory is going to be as heavy-handed as it was in the trailers (which it very well may), and whether the plot/characters will consistently hold my interest or whether it'll get lost in breakneck pacing (quite possible). I think I'll wait until I hear more word-of-mouth reviews on this.

Also, at the moment, Elysium actually has 68% on Rotten Tomatoes, which is closer to what I'd expect.

Were there talks of one? Because I am wondering how they would pull that one off!
Click to expand...

James Cameron was going to make it.

But then he made Avatar which made a shitzillion dollars, so he decided to make sequels to that instead. Apparently it's still on his radar, but if it does ever get made we probably won't see it before 2020. 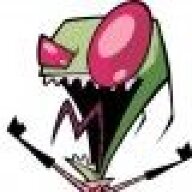 I don't mind the accent. I want MovieBob to say gangbustas in that accent each time he likes a movie. That was awesome.
And this movie has a 67% on Rotten Tomatoes not 47%.

Needless to say I loved District 9 and I'll definitely be watching this since I usually agree with MovieBob.

He's supposed to inject his personal opinion into his reviews. That's the very definition of a "critic".

If you don't want to read/hear the reviewers' personal biases, I suggest you stop reading/watching reviews from critics and just make your film-going decisions based on Metacritic/Rotten Tomatoes scores. Then you can have the "objective" numerical ratings you want, spare yourself from "biased" critics, and spare the rest of us from your pointless ranting.
J

Bob, Weirs beach is pronounced like weird not where.

The way you say it sounds so... wayrd.

Where are you getting your numbers from? Rotten tomatoes has a 67%. It's not great, but it's not 47%. However, that's the critics' opinion, while moviegoers give it 77%. Lately I don't give a rat's ass about the critics' rating on rotten tomatoes because somehow they seem to be more and more disconnected from the common person's tastes and culture. It's like th Oscars, just slightly delayed. They give great scores to these morose, drabby art pieces that fit into the "high cinema" profile while panning other experimental or genre movies.

Sounds none to subtle, but then neither was District 9 and it was still a great movie. I'll check it out.

Holy cow, Bob being mesmerized by a liberal wankfest propaganda movie. Let me go get my socks that just blew off.
And as for the aesthetics goes, the movie looks like someone smashed Battle Angel Alita and Vanquish together and then hired someone from MSNBC to write the script.

The thing that has been bothering me about the trailer since day 1: If they had this exoskeleton that would allow them to infiltrate the upper crust, why haven't they used it before NOW?
Also: 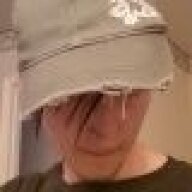 Toilet said:
I didn't like District 9, I appreciate that it was a fantastic movie but I found it very unpleasant to watch.
Click to expand...

Red X said:
District 9 was good but it didn't sit right with me, maybe this'll be better.
Click to expand...

I'm a bit confused here. If you consider something "good" that implies that you have the inclination to enjoy that something. I certainly thought it was a good movie, even though being difficult to watch was kinda the point. I think y'all are missing the forest for the trees, so to speak.

OT: You mean I can read about MovieBob's childhood, growing up in (supposedly) the deepest regions of Boston? I think I'll give it a pass.

For the past two weeks, I've had the chance to go to a couple advanced screenings for movies. Last week I saw Two Guns, and this week I saw Elysium. And the verdict?

Elysium is hardly worth it. I went with two others for both films, and each of us left the theatre for Elysium going "Eh..." as opposed to Two Guns when we all left going "That was fun". And the only reason we left just going "Eh..." was because it was free for us to go see. If we had to pay for it, we probably would have felt more strongly about it.

This movie is no where near as smart, clever, or righteous as Bob paints it. It's a film that lacks any form of subtlety. By the end of it, I just felt I had sat down for a couple hours to be ranted at instead of entertained and maybe given some food for thought after it was all through. Not only that, but the movie itself has a lack of internal consistency, with the tech that they show in it having little sense for its purpose.

Overall, it felt like a movie that was trying far too hard to be smart when it really wasn't, with action, story, and characters that were no where near the same level as District 9. The only action seen that really impressed was one near the start, and none past that really measured up, and that one was just at the level of "That's pretty cool" and not "That's fucking awesome!". The story is flat and predictable, you know how this is going to end half way through, and after it just feels like it's killing time until it gets around to doing what you expect it to. Not to mention that really none of the characters can be latched onto. Matt Damon feels about as relatable and likeable here as he does in the Borne Movies. I really don't understand how he keeps getting leads in so many movies when he really feels to lack any charisma and charm. The supporting cast isn't really anything of note either. Only one of them has any degree of charm to them, and they get offed fairly early on in the movie without a second thought given to them.

You know -- and this is just based on the information presented in the review -- if "the one percent" can just up and move to a space colony removed from the rest of humanity where they never have to work again, and the result is that everything goes to hell down below... doesn't that kind of validate the ideas presented in, of all things, Atlas Shrugged? You know, where all the rich people pack up and move to Rapture Galt's Gulch and everyone else is like "Oh noes, the people who actually knew how to run things are all gone, whatever shall we do?" because apparently "the 99 percent" are all idiots who need to be led by the hand by their, ahem, intellectual superiors.