Let me preface this post by saying that I, like Bob, have always been a huge fan of the original Godzilla movies. Especially the first two black and white films and the Heisei series, which brought Godzilla back into the role of central antagonist and not the campy defender of the Earth. I appreciate that in this most recent adaptation, the big guy has at least been portrayed in a manner truer to the original form than the 1998 Roland Emmeric movie. That's one thing this most recent movie has going for it.

That being said, I agree that the TITLE CHARACTER of the movie had far less screen time than should be due to such a legend of cinema. Godzilla should be showing his face, alone, regularly during the film as he follows the MUTOs and leaves destruction in his path, perhaps recovering some of his expended energy by gobbling up radiation at a nuclear plant as he was wont to do in the Japanese films. I found the news clips and cut-aways from the Kaiju action nearly infuriating.

One thing Bob leaves out when he makes reference to Jaws, the practical reason the shark wasn't shown during the first half of the movie was NOT to build suspense, it was because the animatronic shark failed to operate. In the end these setbacks had the unintended affect of creating suspense in a movie where the central antagonist could not be relied on to function in their scenes. An entirely CG character should have no such limitations in ability to perform during the scripted scenes. And should conversely take ADVANTAGE of the enormous budget in order to put more on display. (Especially in a cinema landscape so recently treated to the visual spectacle of Pacific Rim, which pulled no punches on it's Kaiju action.)

As a better example I would recommend a comparison to ALIEN and ALIENS. The original Alien hid the creature from view and offered very brief glimpses over the course of the film in order to let the audience's imagination make the monster more frightening. ALIENS as a sequel, (And make no mistake this GODZILLA movie is one more sequel in a MASSIVE franchise) mounted the suspense in a gradually-building manner but offered a much larger pay-off in creature action than it's predecessor did. After re-watching many of the older Godzilla movies recently in preparation for the 2014 release, it's amazing how often the 5-minute-kaiju-smackdown-climax became the lone point of interest for an otherwise boring film.

I won't bother commenting on the script in general except to agree with Bob and most of the other film critics coming down on the bland acting and uninspiring central characters, which felt very lazy and cliche-ridden. And that focusing on the Dr. Serizowa character and his far more interesting back-story would have made for a much more focused and interesting movie.

My main concern especially as an artist was the incredibly underwhelming design of Godzilla himself. I may be in a minority here, but I was decidedly NOT impressed by Godzilla's overall appearance. I will say that I'm glad Godzilla's appearance was more reminiscent of the original design than Patrick Tatopolulos's design was in 1998. But what saddens me is that I have seen several more interesting amateur designs on Devianart than the design produced by heavy-wight Hollywood special effects gurus. For example: http://fc08.deviantart.net/fs70/f/2013/103/7/d/frank___did_you_call_it_thunderthighs_again__by_nebezial-d61m0bq.jpg
Ugh, he could have looked SO much cooler than he did. 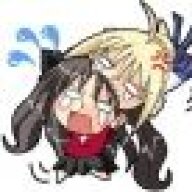 Some more to add:

Using rifles on a monster the size of a skyscraper

High altitude carpet bombing with 'dumb' bombs not considered as a valid strategy on non-flying MUTO, after explosions are shown to have some effect, but halo drop is considered as valid method of insertion

Lower oxygen levels in comparison to the monster's initial environment
I

Saw it and if you chose to then wait until an hour passes to enter the theater. But yea the last ten minutes are good and worthwhile. Imagine one of the Pacific Rim fights with slightly better effects but bad camera angles. 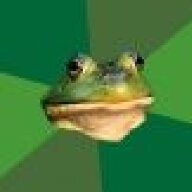 This was the first film to ever make me leave the theater before it was over.

Your money is better spent on other movies.
T

The only real issue is how tertiary Godzilla is to the story. I wouldn't have minded the buildup/delayed gratification, if the payoff had been a little sooner and a little longer.

Three things that would have helped IMO.

1. More enemies. The setup is there for a hive mentality with multiple drones and the "queen" being the final fight. Would have made a lot more sense in terms of why Godzilla gave a shit about them in the first place.

2. More Cranston. The fact that he is not the focus of the movie with Watanabe is another "nail on the head" moment from bob. Seriously, they could have built up the story for just as long with those two characters and the movie would be just fine. They had reasons for being where the action was. They had reasons for interacting, they had reasons to be involved with the military. Wasting them made no sense whatsoever.

3. An explanation for Godzilla. He literally shows up after being, who knows where for the last 50 years. It's like, "wup, these monsters are making noise, um, holy crap they are alive... Hey look another giant monster showed up to kill them, lets leave that guy alone."

Seems so bizarre to me that this got through the screenings as is...

Gonna wait until the DVD is out for rent.
Click to expand...

I would just wait for the fight scenes to appear on youtube (in HD), because while they are totally worth it, why even burden yourself with a substandard film?

Bob wasn't kidding, the final act almost makes the rest of the film good, because it's almost PERFECT.

My thought on the movie:
It's good. Not fantastic, but good. I agree that the human characters could use some improvement and were average at best, but they never reached the level of sheer annoyance the humans in the Transformers-movies have. And I like that they at least gave Ford Brody something relevant to do in the end.
I wish there was more monster-action, yeah, but at the same time I understand and appreciate the build up to the final battle, which was awesome. The redesign of Godzilla himself is a highlight to me as well. He looks true to the original, but menacing and absolutly badass at the same time.
Side note, two scenes really stood out in the movie:
When the first Muto hatches, everyone in the theatre except me expectet Godzilla to appear and was all like WTF?! when they saw Muto instead. That was funny.
And Godzille finnishing off FemMuto is probably one of the coolest and bossiest scenes I have ever seen in cinema.

I'd be nice if a sequel would deliver more Monster-action though.

Edit: Am I the only one who Godzilla's origin/motivation reminded him of the Weapons of Final Fantasy VII? I mean: force of nature, keeper of balance, just appear and kill the threat and begone?

Huh, after seeing the film, I'm surprised that I largely agree with Bob. Usually, I don't.

I feel like I owe him a fruit basket or something.

Really enjoyed it. It only becomes better when you compare it to the disastrous (in the wrong way...) 1998 film, which thank the lord never birthed the sequel it set up. My only concern is that here the human drama is buried somewhere underneath San Francisco, and that
the acting dies with Bryan Cranston.
The MUTOs are terrific, and something in me was actually rooting for them ... 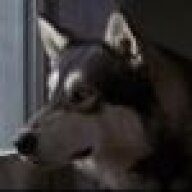 Bob, I enjoy your reviews but you don't have to bring up The Avengers just because it shares an actor with Godzilla! It seems like you're always talking about that damn film. I get that you like superheroes and stuff, but as someone who isn't in to comics, and so found The Avengers movie to be pretty much unwatchable, it makes it difficult to take your other reviews seriously! It's like listening to someone reviewing interesting new music but keeps bringing up Justin Bieber!
V

Saw this at a $5 special - price is right. Re-reviewing Bob's assessment, the whole thing with casting Cranston and the Wonder Twin Avengers feels to me like a marketing draw in case people weren't convinced to see it yet. Thing is, the whole "scientist understands Godzilla" arc, while handled nicely by Ken Watanabe (so many people were happy when he first said "Godzilla"), I do get the sense that this single perspective wouldn't have worked since Watnabe just isn't a big enough name to draw people in and, unfortunately, there's the sad undercurrent that the lead still needs to be white to satisfy audiences. All that in account, y'know the actor who could've filled that role and kept the more interesting arc intact?

What, was he so damn expensive he would've doubled the budget with an extra 10 minutes?
V

Mr_Jellyfish said:
Bob, I enjoy your reviews but you don't have to bring up The Avengers just because it shares an actor with Godzilla!
Click to expand...

Two actors - Elizabeth Olsen is his wife and will play Scarlet Witch.

having watched most of the older godzilla movies as a child i prefer the millennium Godzilla the older versions just seemed like 2 monsters boxing it out in an arena full of squishy humans and their buildings. maybe i'm missing the point but thats really really boring to me 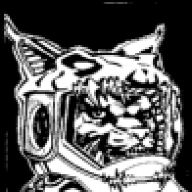 Am I the only one who thinks the military in this movie were utterly incompetent? I know a lot of it was set up for dramatic shots, but geez. Are you telling me nobody at the nuclear storage base saw, heard or felt a giant monster ripping half the mountain apart? And none of the approaching forces thought to look slightly to the left and see it tearing across the featureless desert plain? And did nobody think that it's a bad idea to send fighter jets after a creature you already know emits EMPs?

There were so many scenes like this that it pretty much turned the military into the film's comic relief.
I

Honestly should have been a short film. After Godzilla leaves Japan, one can almost hear an audible CLUNK in tonal shift from the intrigue built up from the entire intro, when the Navy shows up faster than Japan's own Defense Force and says "We're in charge now!"
The Final fight scene was FAR from perfect however. It DID cut back to the bland hu-mans doing hu-man things with bombs, after Godzilla is cheated out of two fight scenes, one cut out completely, and the other jump-cut away to be shown on the news to transition to more hu-man shit.
Show hidden low quality content
You must log in or register to reply here.
Share:
Facebook Twitter Reddit Pinterest Tumblr WhatsApp Email Link
Top Bottom