Escape to the Movies: Knight and Day ... also Smurfs

I'm seventeen, and I remember watching Romancing the Stone. Best part is when they get high in the plane in the jungle. 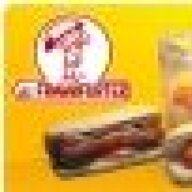 Tom Cruise's performance in Magnolia was amazing. Most of the actor's performances were. The Deux Ex Machinia at the end of Magnolia, however, took what may have been the best movie I ever saw and made it one of the worst movies I've ever seen ever.

Wonderful a smurf movie does that mean i will be treated to the lalalala song on tv soon oh joy.

It's getting somewhat irritating how highly you seem to regard yourself due to being a film critic. It's just a job, you know, like any other.

And daybreakers was neither good nor special. Subjectivity hurts, eh? 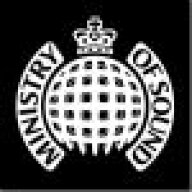 Damn right I'd be pissed off at an American Danger Mouse... 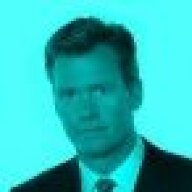 (Insert name hear) said:
I knew that the Smurfs were not from America... I must say though, there is a darker evil out there, waiting to strike.....

No, they would cast Shia LaBitch.

As a Belgian and as someones who has known comics like The Smurfs and TinTin for as long as I can remember, and thus has grown up with them, I find myself divided on what to think about this Smurfs movie. On one hand I feel somewhat appalled at a part of my childhood being massacred, on the other hand all the crappy nostalgia-cash-ins have jaded me to the point my expectations of The Smurfs actually being good AND faithful to its source material have become nonexistent.

Also, I was completely unaware about the movie's existence until now. I haven't seen it advertised anywhere in Belgium either and a quick google search for it didn't turn out a lot of Belgian pages.

RebelRising said:
If it's any comfort, hopefully Tintin will be set in either native Belgium or England. They both work because, honestly, the comics were really vague about where the gang lived.
Click to expand...

The original versions in Dutch/French of Tintin comics specifically mention Tintin being from Brussels. Captain Haddock's castle Marlinspike Hall is called Moulinsart in the original, which is a reference to Sart-Moulin, a village near Brussels. There are other clues too, though some might not be noticeable to someone who isn't from Belgium. Maybe that aspect was changed for translations, but I'm pretty sure Tintin comics take place in Belgium (except those that specifically mention taking place in another country of course). 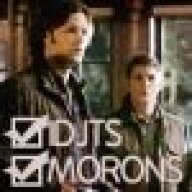 And hey at least you didn't have to review that OTHER movie with Ashton Kutcher and whatshername from Grey's Anatomy. Cause you know, that one looked terrible instead of just meh. But it probably would've given you more to talk about.

Also, the Smurfs? That just looks...wrong... 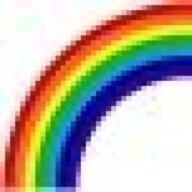 MaraJade03 said:
not caring for Green Hornet, I rather wait for the other green superhero.... Green Arrow!!
Click to expand...

also why does everything have to be set in Newyork what about some place else? as long as its not 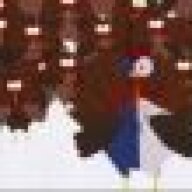 If you thought Night and Day was too boring to properly review and Jonah Hexx was terrible in a fascinating way then why didn't you just review Jonah Hexx? 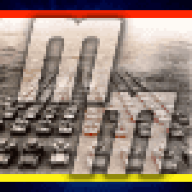 (Insert name hear) said:
I knew that the Smurfs were not from America... I must say though, there is a darker evil out there, waiting to strike.....

No, they would cast Shia LaBitch.
Click to expand...

I wish. (Read the article) 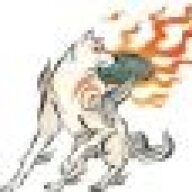 If Hollywood so much as touches Danger Mouse, I'll personally nuke the damn place. It's a good job I'm not Belgian.
W

Romancing the Stone - Nope never heard about it

Knight and Day - Didn't have any plan to see it in the first place - particularly not now.

Smurfs - Always hated them, particularly due to the children's CD that my younger cousins have sometimes listened to when I'm on visit.
S

Again with the Daybreakers movie. Watch it again, Bob. Seriously! Even though its different... IT SUCKS.
T

Belgian here. Yes, yes we are pissed off. I mean, putting the smurfs (yes you said it wrong, but we forgive you because you at least looked it up) in a modern setting is bad enough, but fucking New York of all places? That falls under hanging offense.

Mind you the modern day setting alone does that. Fuck that movie.
N

dinoballz said:
Yes, I am from Belgium. But here right now are far bigger concerns, like getting a proper government (haven't exactly had one in years).
Personally, I watched that Smurfs cartoon when I was 5, couldn't care less what happens to it.
A film like this is doomed to fail, epicly.
Click to expand...

Meh, save me the trouble of typing it.

Why bother with movies like this that you KNOW are going to be crap? Review some indie film or something instead! 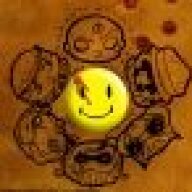 In Bruges... with Smurfs. Someone has to make that happen.

Krunkcity3000 said:
About Seth as the Green Hornet. Who cares? The only memorable thing about the show was Bruce Lee.
Click to expand...