Escape to the Movies: Noah - Brave, Bold, Bizarre and Kind Of Brilliant

Gaijinko said:
say don't trees help prevent flooding and whatnot, I mean if we didn't build the ungodly big boat by deforestation maybe the world won't flood.
Click to expand...

I think that kind of geology only works to a certain degree. I'm pretty sure that once entire mountain chains get swallowed up by water, the trees aren't going to stop anything really.

Hmmm, interesting. I may have to give this one a chance.

Seriously, that was one convoluted description of a movie. Call me a "smug intellectual" if you want to. This movie has been over-budget, over-hyped shit sandwich from the word "Greenlight". A valid question would be, "Who is this movie for?" If it's not for Christians, and it's not for intellectuals. I'm guessing they are aiming for people who are not particularly religious who will watch anything with big special effects and action scenes.

I'll be disappointed in humanity if this movie becomes number one at the Box Office this weekend.
Click to expand...

And what's wrong with big special effects and action scenes?
Also, I find it a typical American-consumerist mindset that everything of artistic merit needs to be aimed at 'a certain audience'. The result is precisely the kind of movie-making-by-the-numbers that stifles innovations and leaves us with dull and unimaginative fiction, because all creativity has to be squeezed out in order to mitigate the loses that might incur from alienating any demographic. I think it's a good thing that sometimes movie studios just take a chance and throw something out there. Otherwise we wouldn't get to experience films like the works from Wes Anderson, Chronenberg or Soderbergh.
And finally, you can be disappointed in humanity for plenty of reasons, but going to see this movie isn't one of them. In fact, I'm sure that now you think about it, you realize that a large majority of the people on this Earth will never hear about this film in any way, shape or form. Humanity is something that is represented by more than merely the current trends in the Western world, so don't be melodramatic.

The movie looks awesome, but I'm confused by one thing...

So the children of Cain - the FARMER who GREW WHEAT and was cursed for killing his brother because God didn't like his offering of WHEAT - are carnivores slaughtering animals? Lefu?
And the children of Seth - presumably God's favorite and as such most likely follower of Abel's way, therefore raising and SACRIFICING LIVESTOCK - are the tree hugging vegans?
Ok, I could get them not eating meat and reserving it as a sacrifice for God, while the children of Cain consume that sacrifice themselfs, but why make a point of one side killing animals when both should do it albeit for different reasons? The Big Book itself says that God looked favorably on Abel's sacrifice of animal fat or some such while not taking account of the offered wheat. That's what pissed Cain of in the first place...

Just wait, Line of Noah. We, the Sons and Daughters of Nod, will return. And this time, we have inflatable bath toys. Your days are numbered.

I was prepared to toss this movie out until I say "Aronofsky" attached to it. That proper noun alone sold me on this movie. Now if only technology around me would stop attempting suicide so that I can have some pocket cash to see it, that would be great.

I'm a little disappointed I'll have to watch it alone, because all my friends shrug it off as "some bible movie".
And honestly I can't really be arsed to gamble my trustworthyness to tell people what they should like.

Ashoten said:
You know I can't even remember if the story of Sampson had a moral or point to it except maybe 'Don't trust women'. I wonder how dated and sexist stuff like that is going to play out to a modern movie going audience in this atmosphere of hype equality awareness. I visit tumblr too.
Click to expand...

The moral is that lust ended up being Samson's undoing.

OT: I'm going to go see it tomorrow, with people who don't realize how dark it is. This oughtta be fun.

Good, I was expecting this to be a bad film

V4Viewtiful said:
We should have a poll. "Who's Hot Enough to be Delilah?"

I'd watch a film about Emma Watson being a seductress ;D

Not one single mention of Emma.
M

I can't say I liked it much. First of all, the CG was just awful; it took me right out of it every time we saw an animal as they were so fake looking. Everyone was uniformly dirty, so combined with the overuse of shaky cam you couldn't tell who was who in many fight scenes.

You might think this is a pretty stupid complaint, but I also found the casting rather, concerning for lack of a better word. It seems like Noah and co were all WASPy, while the bad guys weren't. Looking at the cast page, they're all English, so it could have been my imagination, but the whiteness of the cast certainly stood out.

This does look pretty good, and maybe this si what religious subject movies need. something that's not preachy.

and the spiderman movie would be much more amazing if they just made Warwick the green goblin and got done wtih it.

Interesting. With the exception of The Fountain I don't think I've seen a film of Aronofsky's that I didn't like.

I openly admit I dismissed Noah completely as another cheap, proselytizing bible flick that my "keen on Jesus" Southern relatives would whip up a bible study group to go see and then annoy the shit out of me with a round to facebook panhandling to make sure everyone knew they did their lordly duties.
(As one can imagine, I don't get along with the Sackville Bagginses)

I've got a 3 day weekend coming up, I may have to give this a look see.

Huh... well if it has brass ones that big and has the courage to view the role of Noah with that level of nuance then maybe I will go see it after all...

Anything would be better than another "Moby and the Giant Space Tree". 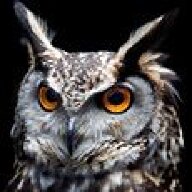 TBH though, it doesn't take particularly big stones to do better than the bible. Here are my poor effort and it is far more useful to me than anything in the amoral book of Jehova:

Skeleon said:
Well, that was... unexpected. But then I saw the YEC extremists like Ken Ham get annoyed with the movie, so clearly it must be doing something right. I might actually check this out.
Click to expand...

Ok, the Big Picture got me piqued, the Review got my interested, now this little tidbit means I'll go next weekend for a double bill with The Winter Soldier.