Escape to the Movies: Spring Breakers

I don't know what exactly made me so ambivalent about this at first, especially as I gradually got a somewhat better idea of who the director was. I honestly wasn't put off by the Disney brats in "adult" situations or of the debauchery of the Spring Break mentality. I think I was just under the impression it wasn't going to ultimately be that big a deal, certainly not like everyone else was saying, concerning a subject that seems played out and so obviously worthy of criticism, even though I can get how the whole "freak-lover" deal might be insightful (I haven't watched it yet, but his earlier work "Gummo", which the few indie friends I have are citing as one of their favorite films, looks, even just from the poster, nightmare-inducing).

I honestly went into this review with an odd cynicism, daring Bob to call it a "masterpiece" - that he basically did blatantly was surprising, but the rest of his review, especially at 4:11, is filled with a tone of genuine love I can't remember hearing from him maybe ever, even for the damn Avengers.

Worgen said:
Dammit, now I want to see it just for the ponies, thanks allot bob.
Click to expand...

Same here! Sure while Bob himself praise the movie from my initial dismay may have peak my interest toward it but now I want to see it more just for that (sure I may like it but I want to see the reference to it).

My brain is having indigestion from everything I have just heard.

...I'm kinda hoping that review was in sarcasm. Because that what it felt like with the praise all the way to the punch that didn't exist.
S

I am not usually into those social commentary kind of movies because I come from an entirely different culture, but I am curious how they incorporate ponies in it, did they even take the permission from Hasbro ?

Well, that was a good review, but I still don't think I'll find a movie like this worth seeing. Just watching the review made me feel old. Depressingly old. 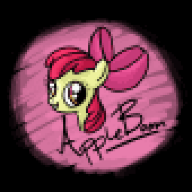 This movie is probably going to disturb me more than the book of Revelations, so even if it is amazing, I'll give it a pass.

I'm still waiting for Bob to say "Psych, motherfuckers! Got ya!" I can't imagine it being that deep.

Wow, 2 hours in and there are already over 60 comments? I bet they're about confusion regarding what makes this movie so special that Bob and other critics find it at least intriguing; I guess it has to be seen to be believed.

*checks comments* Really, guys? A large fraction of you care about the reference of MLP:FIM in this? Hasn't the fandom sorta died down?

So basically the director is trying to catch teens who go to see this movie unaware, and teach them that "partying too hard is bad, mkay?". Uh... Good for him? I have zero interest in both the theme and the message, so I think I'll pass. 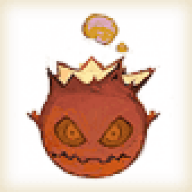 Father Time said:
Why would I need the background in film to have a different opinion?

You need it spelled out? Fine, I question his choice and his qualification to speak for others.
Click to expand...

You don't, you need background to qualify your opinion.
Click to expand...

I need to have a background to be skeptical of Bob?


daibakuha said:
Why should anyone take you seriously? You are some random internet guy.
Click to expand...


daibakuha said:
Why should anyone take what you have to say over the other dozen morons posting in this thread? On top of that you need actual facts to back those opinions.
Click to expand...

What movie 'defines a generation' is pretty subjective, so to say you need facts to back up taste is really stupid.
Click to expand...

You need it to be taken any more seriously than anyone else.

Bob does have more sway here, he has an audience. You don't. I never said I was anything more important than I am.

and lastly the only way someone's subjective opinion can be wrong is by false information. Which is why arguments are always supported by facts and not opinions.

The fact remains that you haven't seen the movie and therefor can not say for certain whether or not Bob is in the right or the wrong.

Wait, wait, wait,wait,wait: who THE FUCK names a boy Harmony?!

Back to the review: very intriguing review, Bob, and as soon as you said "Existential", you were in full film-snob mode. I'm kind of on-the-fence about Spring Breakers.

So ponies have reached the point where they're divisive enough to decide a person's opinion for them. Most of the people in this thread are ignoring everything abou this movie in favour of ponies.

The real question is are the ponies drug induced or not?
M

Monsterfurby said:
Shouldn't that be Generation Z already? Millenials (GenY) didn't grow up with Hannah Montana and stuff. Millenials/Ys are the Sarcastic Brony generation. GenZ is the "raised by Facebook and Disney DVDs" generation.
Click to expand...

"Generations" are really just crude generalizations of social trends. I mean, depending on who you ask generation X can cover anyone born from the mid-to-late 60s up to the end of the 20th century. It's not so much a literal generation as a simplified description of social and cultural trends. The defining feature is not so much a particular pop-culture niche but overall attitude. Drawing on the Strauss-Howe model a bit here, but:

The baby-boomers sought to separate themselves from the second world war and were thus marked by trends like social activism, political engagement and participation in the counterculture.

Generation X grew up during the counterculture, when society and its institutions were being openly questioned. Thus, they were marked by deep uncertainty, political apathy and lack of social engagement.

Generation Y (millennials) grew up long after the idealism of the counterculture had run its course and when the world was becoming increasing pragmatic and aspiration had largely replaced idealism. They are marked by high expectations, personal confidence, and social optimism.

Generation Z has been theorized, but they aren't really a social force yet. That would cover people who grew up surrounded by concerns over the current economic crisis, the war on terror and so forth. Going by the Strauss-Howe model, they are likely to emerge as quiet conformists with a strong sense of social rather than individual identity (much like the Silent Generation who were born and grew up in the inter-war years).

The idea here is that each generation's values will tend to be a reaction to the values of those which are currently socially dominant (i.e. possessed by the previous generation or two).

It's an interesting system, but I wouldn't take it too seriously.

The fact that you mentioned there is an MLP reference in this film made me drop this off my list faster than rancid badger vomit containing swine flu, mad cow disease, H5N1, TB and the ebola virus.

So in short, this might be a good movie, but no thanks.

Also, the idea of spring break has absolutely no significance outside of the USA (which is where I am). We usually see it as a time where Americans have an excuse to act even more retarded than they usually do.
Show hidden low quality content
You must log in or register to reply here.
Share:
Facebook Twitter Reddit Pinterest Tumblr WhatsApp Email Link
Top Bottom