Escape to the Movies: The Amazing Spider-Man

MovieBob comes to you with a very special Tuesday episode to find out just how amazing is The Amazing Spider-Man.

never planned to see it and now i'll make sure not to.

Also why do all your tuesday reviews have movies that suck?

Could you slow down next time? Seriously, don't talk that fast time.

I wasn't planning on seeing it in the first place, because from what I gathered from the trailers it was going to be bad, and I guess Bob is telling us: Watch at your own peril.

Ouch! That was harsh. Sure, I wouldn't be suprised if it were all true, but still, harsh.

Are we still getting a friday episode or was this it for the week?


rayen020 said:
Also why do all your tuesday reviews have movies that suck?
Click to expand...

Probably because he drops a review early to warn people not to go see it as soon as he can. 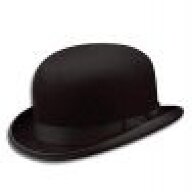 cheers bob, glad to know the stink that haunted this through production is still on it.

The reviews for this film have really been all over the place and seeing as I didn't think the Green Lantern was actually that bad Bob saying its (very slightly) better won't change my plans to go see it after work tomorrow.
D

...How do you make a Spider man movie with out J. Jonah Jameson?
M

I really shouldn't be so happy this film fails so hard, But Fuck Fox.Now we just have to wait for the miserable Wolverine sequel to be done with.

I thought Spider-Man 3 messed up Uncle Ben's death so badly that anything would be an improvement. I guess I was wrong.

Wow, thoughest review since The Expendables.

I thought the suit looked better than the other movies one.

I think they changed it because the didn't want to make the same movies just with other actors, i dont think you would praise it if they did. 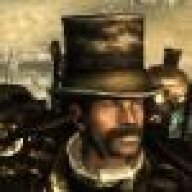 DRTJR said:
...How do you make a Spider man movie with out J. Jonah Jameson?
Click to expand...

This was my question as well. He is an iconic part of the Spider man mythos.

Yesh, I haven't seen you rage that much since the Green Lantern review. From the sound of it, it seen this year isn't good for Spider-man per say (well I don't know what going with him in the comic but I do know that Ultimate Spider-man is aweful).

Either way it look like my question had been answer to wheather to watch this or Prometheus if I'm going to the cinema any time soon before The Dark Knight Rises. 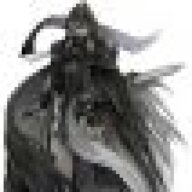 Ouch. I was really hoping this movie wasn't going to suck as hard as everyone thought it was going to, but now I'm definitely not seeing it after hearing this.

Woah, that's harsh. I almost feel bad about it now but... i liked it. I really really liked it. Maybe more than i liked Sam Raimis first Spiderman. Uh... so... i guess i have terrible taste in movies. Guess i have to work on that.
D

Seems to me all the complaints have been based on your conceptions of classical spider man. i did not see any complaints on the movie as a movie itself apart from CGI and the lizard character. you go thru saying peter parker is emo, skater, slacker. you would have prefered a single stereotyped character? it seems to me he is more of a normal person, more grounded on reality. a real person =/= stereotype. i dunno, it just seems silly to bash a movie because it bashes your notions of spider man, such as uncle bens death and his parents and relations.

i would not take this review as is people. it stinks of fanboy wishes being broken, causing an aggravation of his opinion on the movie.

Well, at least the tie-in movie video game is decent...

The worst thing is that one of friends is super pumped for this movie and now she's gonna be all disappointed.

soooo glad movies not good, co-workers bet me it was gonna be awesome hah am i gonna be rich! now i just hope my prediction for dark knight rises is right

I go to see nearly every super-hero movie, sometimes just out of morbid curiosity. But I was thinking about giving this one a pass completely. everything about the trailers and promotion of this movie has convinced me that it's likely to suck. I keep wishing it didn't happen, so that the rights would revert to Marvel, who have been doing a really good job with their own movies. Bob venting this much bile though has me wondering, could it really be that bad? Hopefully, it'll hit the second run theater soon. So it won't matter much to the studio's profits when I go to see how bad it is just so I can make fun of it later.

I was hoping for Andrew Garfield's sake that it would be good. I was actually hoping that it would be good so I could feel a bit smug at the people who said (it will be terrible, because we "know" films and we "know" better than you).
Show hidden low quality content
You must log in or register to reply here.
Share:
Facebook Twitter Reddit Pinterest Tumblr WhatsApp Email Link
Top Bottom