Escape to the Movies: The Unseen

been trying for 2 weeks now and this video wont load... ALL the others do but this one and his one on South Park under Big Picture just wont load... 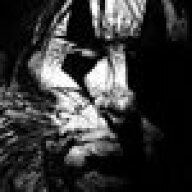 Okay, in responce to the Blue-Ray, George is fucking with his movies again, thing... How the ever loving hell does, George Lucas, get to hit the reset button and "improve" (in G.L.'s opinion) on his own movies? How can he get away with this? Is there any other film or hell, even TV series, that gets to just "touch up" an already released product? This is excluding other movies and visual media where they made major screw-ups the producers actually NEEDED to fix. Is there any movie, TV or any visual media that gets this weird, ironically, Jedi mind trick card, that allows them to go back and alter their own already publicly released material?

Think about it, the balls on this guy! Forgive any flaw in the Star Wars series you want, lord knows I've forgiven worse, but this just seems like a spit in the eye for all movie producers and lovers, to just go around and fix your own work like it's a cheap webcomic. (btw, I make webcomics, so it's cool for me to make fun of them) It's just insulting. (I know Bob doesn't care, but I'm curious who still does) I think the creepiest "improvement" (again, by G.L.'s standards) they've made is that, Ewoks blink now... it's just as unatrual and creepy looking as it sounds.

...okay, now this is just pathetic, Darth Maul now screams when he gets killed in the Blue-Ray version of Episode one, and they don't even use an actual audio clip from a current actor, just that same, cheap, phony sounding stock scream sound they always use for Storm Troopers - http://www.youtube.com/watch?v=e3jdsmmaMUw&feature=related - he's literally screaming "YAAAAAOOOOW" his torso is cut in half, falling to death (never mind he couldn't possibly scream like that while chopped in half) and his initial response is "Yowch" ...really?
Show hidden low quality content
You must log in or register to reply here.
Share:
Facebook Twitter Reddit Pinterest Tumblr WhatsApp Email Link
Top Bottom