The series never really fixed the poor conveyance and repetitive nature of the first game, it just simplified itself by sacrificing all it's depth.

If the trailer is to be believed, THIS is how the first Assassin's Creed game should have been done; no more randomly wandering the city hoping to run into a lead, now you just hunt down other orcs to make your own; no more boring stalker missions, now you gain information the same way you execute the assassination; no more scripted, linear assassinations, now you can not only plan the assassination yourself, but assemble an infiltration team.

This is ,of course, based on the assumption that what the trailer has promised is accurate; it's entirely possible the game will turn out to be another Colonial Marines and turn to shit as soon as you actually have to play it. But if the game does turn out poorly it will not be due to poor conceptualization.

I would remind everyone that a game does not need to come from a high concept to achieve greatness; some of the best works of art ever made have been straightforward genre pieces. 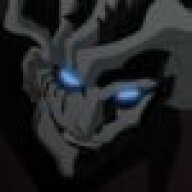 Seems like it's out of tune with Lord of the Ring by inserting an antihero.
T

I'm really excited for this game, probably too excited, really. The period of time between The Hobbit and LOTR is a largely unexplored era, even by Tolkien himself, and as such, it's nearly impossible to fuck up continuity. That means that hopefully we'll be seeing a totally new and original take on Middle Earth, though obviously it has to be at least similar to the films that it's based on. Plus playing an antihero in what's otherwise a series of fairly light hearted protagonists will be interesting to say the least
Show hidden low quality content
You must log in or register to reply here.
Share:
Facebook Twitter Reddit Pinterest Tumblr WhatsApp Email Link
Top Bottom