Why doesn't Mike use condiments?

why is Susan never present when they have in depth discussions on gender especially when Steve talks about the way females act. isn't Susan supposed to be the female voice on the podcast?

I would actually like to hear the conversation at 20:00~45:00 (mostly) with Susan there

as if you didn't already think mike was completely mad.
R

I'm only 20 mins in... This is the best podcast EVER. I've been laughing out loud. Thanks guys you really cheered up my day. Especially with having your child grow up with inverted controls XD

gardian06 said:
why is Susan never present when they have in depth discussions on gender especially when Steve talks about the way females act. isn't Susan supposed to be the female voice on the podcast?

Well, we miss Susan when she isn't around, too, but Steve loves volunteering to be the female voice of the podcat when she can't make it. 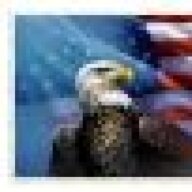 What I find interesting is that "professional" reviews manage to give games 90-100 scores and yet the users give way less then that. Lets look at D3, most reviewers gave it 80-100, yet Blizzard said the end game was broken, they admit much of the content needs reworking, many users claim its broken, this website even said it was broken...so why did reviews give it 80-100? Honestly, "professional" reviews are such a joke to me I don't even read them anymore, they [almost] never reflect what I'd give a game. My most played game in the last year is BF3, users gave it 7.3 and reviewers gave it 89 average. I'd rate it around 7. Same goes for D3, ME3, etc.

Seeing Steve get mad at mike was hilarious. Now I want to see a Odd Couple style sit com with them as room mates.
M

Well, we've proved that Mike has slightly more sanity than the sniper...

Awesome Podcat as always, I'm trying to think now what the first game I ever beat to 100% was... and I'm thinking it was Perfect Dark for the 64.

Man I miss that game, that really needs an HD remake, I would buy a brand new console for that. Oh well, time to break out the old 64 again.

Massive edit: No wait. it was Hugo's House of Horrors! I played the crap out of that trilogy of games. Wow I'd almost forgotten they existed. 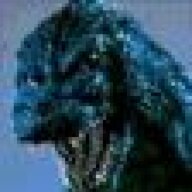 You're 100% right on the condiment thing, Mike. I think food tastes good on it's own, it doesn't need flavored ooze all over it. 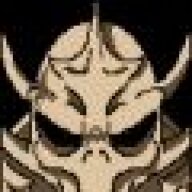 dat Pulp fiction conversation. The Dutch eat it on fries, which is apparantly weird. But I don't like it on anything.

And people eating into a microphone might be one of the most cringeworthy thing I ever heard. I would go as far as calling someone smacking into a mic "revolting"

Additionally, Mayo has no value, it's just very fat. You can put onions and tomatoes on it, and salt and pepper. But there is rarely a real necesity to add sugar and fat related sauces
D

Centaur sex. You guys are absolute fucking geniuses. Get on it now. I am willing to be your proofreader and will only charge you $10 a page, my nonexistant research says that's a very good rate. Also I may be able to provide you with some illustrations.

PS, thanks for introducing me to "The Bugle" in one of your old podcasts.

Mayo is horrible.
Inverted controls are WRONG.
If you have lottery money and no job it's very easy to fill the time but yes its pretty much inevitable you will become Hurley.
I

This was a hilarious podcast, definitely my favorite with out Susan.

How soon people forget about the Mustard Monster of 1986.

That indecent traumatized children of that era and formed a general distrust of condiments with many of those youths.

I began thinking of my own quirks about trying things, based off of stubbornness, repression, fear, or whatever else. I came up with two, one is more in tune with Mike's "never tried it" quirk while the other is just more fun to bring up.

The first one I noticed as I posted my first comment on The Escapist Magazine dot Com (my favorite website).

I am just not doing Facebook...I wont do it.

I obviously have an issue with registering in general as well.

The other quirk has to do with reading novels. I was in the first or second grade, and up till that point the books I read were all compilations of short stories (Little Red Riding-hood and such). I picked up a book to read that listed the page numbers and titles of it's chapters on it's table of contents. Not knowing any better I interpreted it to mean that the book was also a bunch of short stories. I read the chapters according to how interesting the chapter titles sounded to me (basically really out of order). I was into my second story/chapter before I noticed that they had the same main character. I thought that is neat. It was not until I got to my fifth story/chapter before I realized that this was all the same story. I finished the rest of the book in it's "correct" order, then had to go back and read a couple lose end chapters that had been skipped over.

Reading the book like this blew my mind back then, it is hard to put into words. I was either too lazy or the way I like to look at it too worried I would be heartbroken, to go back and read the book in it's proper order. I have since forgotten the books title, with what I am guessing is either: a shielding mechanism that I may one day find out that the book was not truly awesome and mind blowing when read "correct", or just a result of years of toxic chemical abuse and entropy. It was titled, Lunar...something?

I read a few books over the next couple of years futilely wanting a book to mean as much to me. I gave up hope and faced the unfortunate cold fact, that; no book would ever shape me as much as that one (subconsciously of course, I was to young to form those thoughts).

I had spent quite a few years not reading. What came from a lose of hope, became stubbornness to try, and eventually pride in not doing so.

I was finally convinced to read a book by an at the time girlfriend. One book became a few and it was not long before I was completely humbled by what I was missing. I liked the books that came close to blowing my mind: stuff from Vonnegut, works by palahniuk, and The House of Leaves. Nothing however was Lunar...whatever it was.

I am currently on another hiatus from reading. With an already complicated relationship with the novel, having a different at the time girlfriend that spent most of her time reading, I soured on books as I soured on the girl. I am more than sure I will pick up a book again at some time (though it has been awhile, maybe I am just lazy).

P.S. captcha=get out, I feel welcome already
A

Can we get a kickstarter to see video of having eating Condiments for the first time.

Fuloqwam said:
*finally convinces girlfriend to listen to Podcat instead of music during our study session*
Click to expand...

This is what happens. EVERY TIME. Show someone a cartoon and it'll be the episode where the antagonist has a protracted scene ripping parts of a teenage girl's clothing off.

And I can't listen to the podcast in its entirety to see if these were mentioned, so I'll just leave these links here: