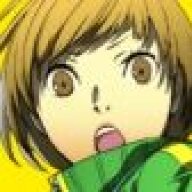 Noooooo Susan don't leave, We need you. X( The podcat isn't the same without you 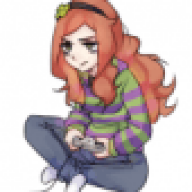 Aww will miss you greatly Susan 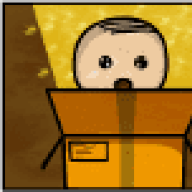 Concerning the DF Kickstarter, most people seem to forget or ignore that DF has about 60 people working for them and since Brütal Legend, they kept saying that they prefer to work on 2-3 smaller projects at a time now. Rather than working on one big project.
Broken Age (DFAdventure) currently has about 20 people working on it according to Chris Remo and it would seem a bit of a waste to have the 40 others sitting around idly because of a game not being finished.
That said, I have to disagree with Susan that DF is all about shallow experiences. Iron Brigade, Brütal Legend and Psychonauts were all far from that and Brütal Legend did already have elements of tactical combat attached to it (not just turn-based).
While it may be true that The Cave, Costume Quest, Stacking and Kinect Party are a lot more downsized experiences, they also only had 20-30 people working on them for most of the time.

All of that said, it is a pity that Brad Muir did not get to make Brazen, which looked like a great Monster Hunter in medieval Greece/Harryhausen movie. Maybe next time.

The real win on both this and their previous Kickstarter is the mostly unfiltered insight we get into game development. The 2PP videos may be authored down to the more interesting parts, but DF has since held multiple livestreams with Q&A and being very open about almost anything. While this doesn't seem to be very clear on the KS page for Massive Chalice, they make the Dev Diaries available to everyone (even non-backers) this time and judging from their previous coverage, I've got to say that the documentary until now was already worth way more than what I've pledged. 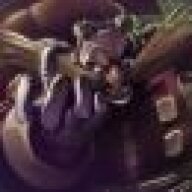 This was a greats podcast, but I was kind of hoping to get some more info on Susan's departure since (at least for me) it seemed to come out of nowhere.
F

Cheers, then Susan. It was nice having you as long as we did, and I hope you might drop in on one or two podcats later (perhaps with Mike Kayatta, if possible). Should you end up with a cute animal withdrawal, have this: http://thepetcollective.tumblr.com/

Okay, hearing that about Evil Within really bums me out.

I was really hoping that a good horror game will actually come from a non-indie area, but I guess not. I consume a ton of horror stuff so I might bite on this later when more of it is discussed, still sucks though.

Also, I'm really glad car registration is a painless affair where I live.

The small benefits of living in a desert, outside of awesome burritos of course.

EDIT: The podcat is gonna be weird for a while without Susan.

My favourite ice cream flavours are salty liquorice and tar.

Also, my grandfather talks to owls. He has this owl that will come and then they will go 'hoo-hoo' at each other.

The only bird-call I can really do is black-throated diver (but it's my favourite bird). I can also mimic cats, ferrets and dogs but that I mainly only do to confuse people.

[my approximate reaction to this podcat]
:\

Is it something with us? Please come back Susan, we can change, we WILL change


P.S. But seriously- good luck with whatever your further plans are (would be awesome to know them so that we can stalk follow you in the near future).
P.P.S. All those years were awesome
P.P.P.S. I are sad now

I just wanted to say that I really enjoy all the sidetracking when you guys chat on the Podcat. That's what really makes it shine, the chemistry between you guys. Anyone can have an opinion about games or whatever, but for you to talk about frog o'clock, different kinds of food and car registration and still hit up a few games here and there, that's what I come here for

SUSAN'S LEAVING! Now who's voice am I gonna swoon over!? 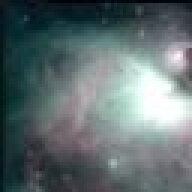 I really wished they took the time to look at the DFA kickstarter page, it's right here:

They screwed up the facts so bad, they asked for $400k, NOT $1mill. There were no stretch goals, AT ALL.

Well, this was a sad way to end a Podcast.

We need a Susan badge. Please, someone make a Susan badge with the requirement to get it being sending an appropriately cute enough picture to her to get her to tweet it. That way she can still get an infinite supply of cute pictures sent to her and our badge junkies here will have another rare badge to fight over.

Anyway, mirroring my comment from the thread I read the news in originally, best of luck with your future endeavors.

Sorry, dude, you are correct. I'm sorry we don't have an encyclopedic knowledge of all things, but thanks for pointing it out for us. We've often wondered if having a computer/tablet ready to look up such things in a podcast would make sense and you proved it for us here.

Well I'm certainly going to miss Susan on the podcast, Best of luck, and good podcast as ever. 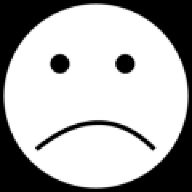 Well, there goes most of the reason to listen to the podcat.
A

You really don't have to be quite so hostile about it. We riff on subjects and don't always have the facts straight - the way such things happen in normal conversation. We always appreciate when listeners correct us after the fact, not only so that everyone knows the correct info, but also because it often helps us learn something.

But there's simply no cause for that kind of attitude. 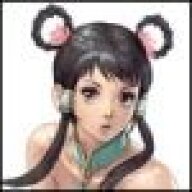 Susan's leaving? Oh no. Everyone get ready for the Panda porncast. 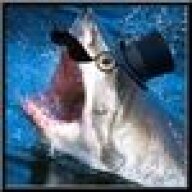 You guys are insane, pistachio ice cream is AWESOME! If a pistachio-only ice cream place existed, I wouldn't even need to go anywhere else!

Really sad to see Susan go though, the podcat just won't be the same without her energetic personality and rather amusing rants. Whatever lies in store for you next Susan, I wish you the very best of luck in your future endeavors, and certainly hope to see you again somewhere in the vast expanse of the internets!
R

susan was kind of tying the team together and setting a tone. not to mention her being a very colorfull character. im not saying you cant do without her, but she contributes things appart from informative and insightfull perspectives to this team that made the podcast experience very enjoyable. susan, you will be missed dearly.

i so do hope you will find someone who can balance your podcast team, preferably another female member. Ma'idah Lashani was always fun to listen to if she was on the cast so if she wants i could picture her growing into that member.
Show hidden low quality content
You must log in or register to reply here.
Share:
Facebook Twitter Reddit Pinterest Tumblr WhatsApp Email Link
Top Bottom