This week, we continue to talk about Destiny and how it relates to other MMO experiences. We also talk about other games we've been playing recently along with answering some user questions.

So I'm running the PvP treadmill in Destiny while I'm listening to this. With the solid gameplay, I'm not really minding that it's a grind. I play a hunter, bladedancer spec, which of course turns the "bring a knife to a gunfight" phrase completely on its head. There's just so many awesome moments to be had, especially when the super is triggered, so I could vivisect a tank or clear a room in the fastest, most awesome way imaginable. But I gotta say, one of my most memorable gaming moments was some time ago playing Red Orchestra. I'm crouched down in a wheat field with a PPSH-41 anti-tank rifle. Nothing's coming from the enemy encampment in front of me so I turn around and see a Germ in a Tiger creeping up to roll over me. I blindfire at the front of the tank - not the weakest point by a mile - and my shot goes right through the visor. BOOM dead tank, 5 ft from squishing me. Sometimes the best memories in gaming come as a result of panic reflex. 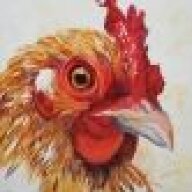 Later when you are exploring the wasteland, exploring cities can give valuable resources and are really the only way to progress but the time investment required to restock yourself when you die is exactly the "I have 10 bullets/rounds, but I could get 20... but do I have enough at all..." situation that was described
Show hidden low quality content
You must log in or register to reply here.
Share:
Facebook Twitter Reddit Pinterest Tumblr WhatsApp Email Link
Top Bottom