What games we're looking forward to in 2016. 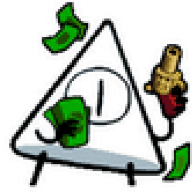 DDA's the one game I'm really keen for. Farcry Primal I'm definitely on the lookout for, since it sounds like an overhaul of all the established ideas of the game - but a lot of my friends have been playing DD on console for ages, and hearing it's coming out on PC I lost my shit moreso than I did hearing about FO4 being announced.

I would say I'm really into Dark Souls III, but anyone who knows me as a gamer knows I eat Dark Souls for breakfast, and I'm waiting to see how the character/creature designs turn out.
Show hidden low quality content
You must log in or register to reply here.
Share:
Facebook Twitter Reddit Pinterest Tumblr WhatsApp Email Link
Top Bottom