This week on the Comics and Cosplay podcast, Marla Desat and Ross Lincoln talk about the use of gimmicks and special events to sell comics, focusing on the news that Archie will die taking a bullet for his gay friend, that Thor will soon be a woman, and the new Batgirl uniform. It's VERY SPECIAL EPISODE-TASTIC!

Regarding URU-Hammer, according to the comics Mjolnirs is made from the mythical metal URU which is magical in some way.Hence the referance to Uru-Hammer still talks about Mjolnir.
(if its re-mentioned in the latter half of the podcast disregard this post.)

Regarding Archie: Great. Another Straight white guy has to be the one to save the day...

I do say this knowing full well that I'm trolling here but this is exactly what I hate about these kind of gimmicks.
They just feel so forced. Even in the Thor case, they didn't "really" gender flip the character, they just did the same thing they did with Miles Morales, who did turn out to be awesome, but still felt a little bit jilting and gimmicky at first. Miles Morales in a weird way had a lot to prove when it came to taking the place of Peter Parker, who I had spent that entirety of my life building that relationship with. Granted it is easier because I wasn't the greatest fan of the Ultimate Universe so I still kept my Amazing Spider-man Peter Parker but still.

I am saying this because I enjoy listening to the podcast and feel like the technical issues are improving week to to week. But it seems like the audio levels on Marla fluxuate wildly. At one moment I am straining to hear her, the next I have to turn the volume down, the back up because Ross is quiet then back down. Also another bit pick is Ross will mention he is going to edit a part while looking up something but clearly leaves it in. Maybe actually go back and edit it out. I get tired of hearing the same basic point over and over while it is being looking up.

That being said I have listened to each one of these. I have been buying and reading the comics that are being recommended. So I make these suggestion from a place of love.

darca said:
Regarding URU-Hammer, according to the comics Mjolnirs is made from the mythical metal URU which is magical in some way.Hence the referance to Uru-Hammer still talks about Mjolnir.
(if its re-mentioned in the latter half of the podcast disregard this post.)
Click to expand...

Huh. Bit obscure. xD Guess the twitter was a very big Thor fan(or they were luckier in looking up what the hammer was made of <.<).


OT: The Archy bit is a little on the nose, but it sounds like they want to go out with a bang[sub](<-HA. Pun)[/sub]
Since they are ending it, I guess they want to make it memorable. It could be good if they put enough effort into it.

As for Thor(female), again, if they put in the work to make it good, it will be so.

That said, I too am not looking forward to the whole; ":/ Well, gee. I have powers now. What do I do with them? It's hard being a superpowered person...", thing. Again!

That said, seeing as they're apparently going to be keeping WHO Thor(female) is secret for a while, maybe they'll skip that bit, and go right for the more interesting things.

Don't get me wrong, seeing how someone would handle becoming the new holder of Mjolnir could be neat, but I think we all know how it's going to go, and that takes some of the magic out of it. ;p

I'd rather see what she does with the power and like Ross mentioned, how Asgard handles dealing with a new Thor.

Or heck, is she even going to be going to Asgard? Maybe she'll be Earth bound?
Anyway have a good day! 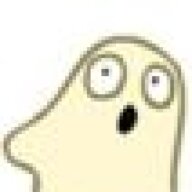 Thor is male name. It's equal to call your daughter John? It makes no sense. The "mantle" should have been "God/Goddess of Thunder".