It's not working I keep getting a "200" error, stream not found. 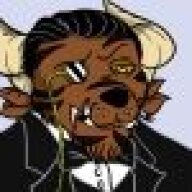 So Succubi have a pretty good TV series called Lost Girl, check it out. I love it ^_^

Sadly the "friendly Loch Ness monster" idea has been tried, by NBC some 9 years ago with "Surface". As with so many failed big-idea TV series on NBC, it was preempted by Olympic coverage, after which it was forgotten and later cancelled. There was this nice premise about genetically engineered sea lizards that generated electricity and a pod of them was creating an EMP that would randomly shut down a small town. Could've been something special if it wasn't pre-Olympic filler.

And yea, for succubi, check out Lost Girl. It also mixes in other, more obscure supernaturals in their own secret world. There's sex (because succubus), violence, a limey Brit mesmer, and Kris Holden-Reid as a werewolf, but not the 10 ft tall CG monstrosity he played in the last Underworld.

Never getting into Harry Potter - tiny bit of generation gap, about 5 years too late to gain my interest - I'll always remember David Bradley as the guy who was unkind to guests within his home during a wedding. Damn Freys! He also played the first Doctor in a BBC movie about the making of the original series.
Show hidden low quality content
You must log in or register to reply here.
Share:
Facebook Twitter Reddit Pinterest Tumblr WhatsApp Email Link
Top Bottom