015: How Realistic Are Zombie Movies? Our Expert Talks Ebola and Zombie Outbreaks

In this episode of The Escapist's Science and Tech podcast, host CJ Miozzi and Escapist writers engage biochemist David Wang in a conversation about the Ebola outbreak, pandemics, and the realism of viruses and zombies in movies.

I think you all missed the biggest problem with why a "realistic" zombie apocalypse won't ever work. Forgetting all the other scientific reasons why an army of dead bodies won't be much of a threat.

How will the zombies tell us apart from their own kind?

The "realistic" zombie virus basically just gives you super rabies, right? So you go insane and try to hurt people as much as you can. Forgetting about how unlikely this is suppose to spread the virus successfully (you got to get bit, not killed, run away, not kill yourself, and join the horde later), how would zombies know who to attack?

The dangerous thing about "realistic" (as in no magic or bullshit super science zombies) are their numbers. But if there's more than one, won't they attack each other too? One lone zombie won't end the world and not only is it hard for them to "realistically" spread, but they won't be able to act as a group because they'd just attack each other.

Also, everything else that says it won't work! ;p
There really is nothing to worry about when it comes to "the zombie apocalypse".

Now, those super viruses that can't be killed by antibiotics, or those people who don't want to get themselves or their kids vaccinated?

Now that crap is scary.

Good show this week! Hope you all stay healthy!
J

Still blaming the rats for the black death, and not the fleas they carried that were the true cause? 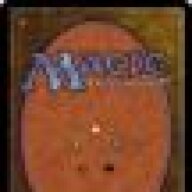 JoshuaMadoc said:
Still blaming the rats for the black death, and not the fleas they carried that were the true cause?
Click to expand...

It makes sense to simply or dumb down the discussion for the audience. The average listener would instantly identify the black death as 'that one with the rats'. I'd imagine this was worded deliberately but I could be wrong.