In this episode of The Escapist's Science and Tech podcast, host CJ Miozzi and Escapist writers discuss recent headlines in the world of science and technology, how video games can make you see or hear better through "neural reprogramming," as well as the crossguard lightsaber seen in the new Star Wars trailer.

the Bow vs swords thing depends on place, in England at one point Football (soccer) was banned on Sundays so people would practice archery.

Course at this point Football matches where entire villages against each other played across large areas. it could take a while.

Also a length of ash was a damned sight cheaper than three pounds of high quality steel. 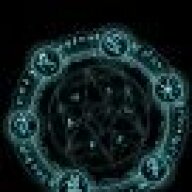 Bad idea making mice smarter. Mice already have a devastating effect on our food production. They don't need to make mice as smart a people. Just making mice a little smarter could tip the scales and cause them to set off global famine. A slightly smarter mouse could avoid traps better and get into more places. More mice surviving traps, with more access to food, thats a recipe for population growth. So ever more smarter mice.

I'd like to comment on the point that Marshal gets into, at the 13:30 point, about creating super expensive stuff for the elite wing of law enforcement.

The thing is, this is already practiced, to a point. SWAT forces are better equipped than normal police. Where I live, our police don't even carry guns while we have a special heavy armed and armored response unit, intended for high risk situations, dubbed "The Viking Squad". Realistically, most police forces would continue being equipped with standard equipment, while the high risk units would have the more expensive stuff like a possible Graphene vests. The same would be true for soldiers. It would be cost prohibitive to arm an entire Battalion with super bullet proof power suits while more specialized squads, intended for special missions, could receive the "Advanced Warfare" treatment.

Other than that, graphene can have very positive applications. It could be strong/versatile enough to make light weight plating for airplanes and cars, reducing weight and thus improve fuel millage. The outer most layer can even have a lotus like rough layer, that's self cleaning and prevents icing on planes.

It's true that the mini-side sabers could allow attacks, like Marla suggests, but it offers no extra protection. There's no sliding down the "blade" with light sabers, and even if it were to happen, the enemy saber would simply connect at the hilt part, not where the energy is coming out. Thus it would lop off the side saber and probably destroy the entire thing.

In addition, this design will not allow those fanciful flurries that we've seen in the previous movies, for the side sabers would inevitably slice off your own wrist. This would force the wielder to fight an entirely different style, which probably leads us back to what Marla was talking about. 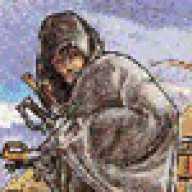 Just a couple of things: Macs aren't so much "fancier" as they are just a little more intuitive and easier to use for non-tech types. (Hence their continued popularity among artists and designers.)

I say this as a person who does his professional work on Macs, but builds his own Windows machines for gaming, so I'm familiar with both.