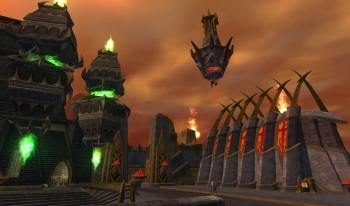 Sony Online Entertainment President John Smedley says Everquest 2 is doing ever so well for itself as a free-to-play game.

Did you know that Everquest 2 went free-to-play in December 2011? I had no idea. Everquest 2 Producer Dave Georgeson made a pretty lengthy announcement [http://stationblog.wordpress.com/2011/11/10/everquest-ii-producers-letter/#more-3307] about the changeover back in November but I guess I wasn't paying attention. In any event, it happened, the game is now available as a fairly standard free-to-play MMO and according to Smedley, things are going very well.

It's not terribly surprising to see an MMO get a big boost out of a free-to-play transition - I can't think of any big MMO that didn't experience an upsurge after making the switch - and the real question is how it will hold up in the long run. Smedley indicated in September 2011 that he thinks the future is free-to-play [http://www.escapistmagazine.com/news/view/113189-The-Old-Republic-Will-Be-the-Last-Subscription-MMO], saying that BioWare's The Old Republic - the "really good competition" he referred to on Twitter - will be the last major MMO to make use of the monthly subscription-based payment model.

A third Everquest MMO was Eurogamer [http://eq2wire.com/2010/08/07/gallery-eqnext-screen-shots-and-concept-art-day-2/] pointed out, Sony Online Entertainment had a rough go of things in 2011, which could delay the game's development.

Oooo is this game any good? How does it compare to WoW?

Official reviews rate WoW as being better, but I dunno. This game has the advantage of not having a f2p level 20 cap..

All in all I wonder if this game has aged well. It'd be cool if this game was as good a f2p as League of Legends

edit: I just researched and found out that the basic (free) membership has like a billion restrictions, unlike the LoL model where you can pretty much play most of everything for free (bar skins and high ip prices). Disappointing that this is another 'bait and switch' f2p...

Uhhh.... I remember playing Everquest 2 for free a bit before December 2011.