Facebook CEO: People Who Trust Me Are "Dumb F*cks"

Facebook CEO: People Who Trust Me Are "Dumb F*cks" 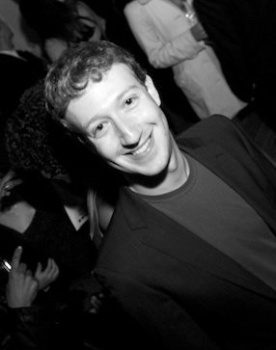 An old and awkwardly-honest exchange of IMs between Mark Zuckerberg and a college friend has the Facebook [http://www.facebook.com] founder and CEO taking new heat about his famously dismissive attitude toward privacy.

We all say stupid things when we're young. And we're all very glad when, years later, everybody's forgotten about them and moved on to more immediate concerns. But we don't all grow up to be Mark Zuckerberg, who founded Facebook while in college and presided over its growth into a multi-billion-dollar operation. So while most of us can rely on the tender mercies of time to blunt our youthful missteps, Zuckerberg isn't so lucky.

Zuckerberg is famous for his cavalier attitude toward privacy. He said earlier this year that the conventional concept of privacy is no longer a "doesn't believe in [http://www.huffingtonpost.com/2010/01/11/facebooks-zuckerberg-the_n_417969.html]" it. It's not an entirely unreasonable attitude to take in this day and age, but an exchange of instant messages between Zuckerberg and a college friend from back in the earliest days of Facebook may be a bit more telling and a lot harder to rationalize.

Zuckerberg: Yeah so if you ever need info about anyone at Harvard

Zuckerberg: I have over 4,000 emails, pictures, addresses, SNS

[Redacted Friend's Name]: What? How'd you manage that one?

Zuckerberg: I don't know why.

Zuckerberg: They "trust me"

Oh, the bitter sting of irony. It burns! It's an old conversation, sure, but not that old: Zuckerberg is only 25, after all. And even though this should probably be filed under "youthful indiscretion," appearances matter and this looks like nothing so much as an affirmation of Zuckerberg's complete indifference toward the personal privacy of other people. With Facebook increasingly coming under fire [http://www.betanews.com/article/Facebook-to-fight-privacy-complaint-with-help-of-former-FTC-chairman/1273509726] for its "inconsistent" approach to users' privacy, this sort of public relations debacle, fair or not, is the last thing Zuckerberg needs.

Ladies and gentlmen of facebook, this is the man your trusting with your personal information.


Please think about that for a while.

Is this guy an idiot, or what?
This shit is going to come back and bite him in the ass, and I'll be there to laugh at him when it does.

I eternally regret joining Facebook, because there's no way off.

Thankfully, I don't have any private information that could be used against me on there, but still, it's a blight. 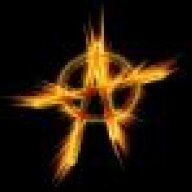 Sir Kemper said:
Ladies and gentlmen of facebook, this is the man your trusting with your personal information.


Please think about that for a while.
Click to expand...

Yeah... I knew about this sort of bullshit when I signed up... but... its still a good way to keep in touch with friends (met them in real life long before I ever got a facebook account) that live thousands of miles away now.

Good thing I never really post that much info on my profile anyway.

Ah HA! Now who's the Idiot for not liking Facebook! I only joined so i could go on Duke's Facebook.

Calumon: So... Formspring is next?

And with that, so is all my information deleted from facebook.

Damn. Why didn't I hear about this earlier today. I had an exam about trusting companies like Facebook with personal information. "Dumb Fucks" would be an excellent quote to use.

That's what I'd do. I'd sell info for money.

Furburt said:
Thankfully, I don't have any private information that could be used against me on there
Click to expand...

Same here. I don't post anything but a few pics of me and some song lyrics as my status.

Well, at least he can admit it! Trust me, that's the first step towards recovery.

Well if there is ever an issue at harvard about security or blackmail we now have a suspect. That was a very dumb move for him, do you think we can pin any ID theft on him? That statment could be proof that he has or will endanger people's identity, ID theft is a big thing. A small investigation on the whole organization would be fun, think of what we could find!

lol, that's actually hilarious.. While I think that anything you submit to Facebook is fairgame (really, I'm not that naive to think that they won't sell my information to people), but the fact that the CEO will personally go through facebook entries on a personal request of a friend is kind of shitty.

Don't really care anyway though, but it's still funny.

Matt_LRR said:
And with that, so is all my information deleted from facebook.

Sadly, that means fuck all. Facebook are notorious for holding your personal info, even if you've deleted it.

And I wonder about the e-mails and such, sounds very shady. I swear.

text-messaging is generally done through SNS.

not sure what it stands for, or even what it means 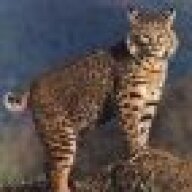 To be completely honest; this will have no bearing on the core of the Facebook consumers.

He could put a banner on each person's page stating that any information in their profiles he can and will submit to Cometomyhouseandburnmerepeatedly.com and he'd only lose 5% attachment.