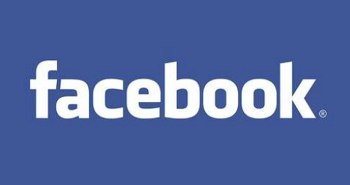 It's a fair and reasonable settlement under the circumstances, says the judge.

Back in the mists of time Facebook [http://www.escapistmagazine.com/news/view/114925-Facebook-Adding-Advertisements-to-Personal-News-Feeds] decided it would be a good idea to start a Sponsored Stories program, basically a means of harvesting the Likes of your Facebook friends and using them to generate advertising which appeared on your feed. The user who kicked it all off with the Like had their photo attached to the Sponsored Story, without the user's permission or knowledge, and there was no way to opt out of the program. This sparked off a class action suit, which has now settled, with each of the claimants getting $15 for their trouble. It's a fair assessment says Judge Seeborg, bearing in mind that the profits attributable to this scheme amounted to about $0.60 per class member; particularly since the claimants had failed to prove that they'd suffered any harm as a result of Sponsored Stories.

Besides, Judge Seeborg [http://ia600609.us.archive.org/1/items/gov.uscourts.cand.239253/gov.uscourts.cand.239253.359.0.pdf] points out, privacy is not ironclad on Facebook. The platform exists for sharing information, and is provided free by Facebook at considerable cost to itself. "While it does not follow that Facebook has carte blanche to exploit material belonging to, or regarding, its members in any fashion whatsoever," Seeborg says, "neither is it foreclosed from adopting SRRs that are not as "pro member" or "pro-privacy" as some might like."


The payout will come from a $20 million fund, established by consent of all parties, devised in hope that not too many people would join the class action and therefore the payout would be something reasonable. The problem was that even a modest payout, when calculated on a per person basis, could - given the number of people potentially affected - have reached the billions of dollars range, well beyond the means of any company to cover. "This raises the spectre of whether some class actions are simply too big to settle, notwithstanding the strong policy favoring settlements," Seeborg said.

I've always wondered what the fuck was the point of the "Like" system other then (or is it than?) to have people show that they like something. I've always felt there was something more behind it, something... insidious.

I just wish there was a way I can block certain things my friends like but not everything so I never have to see those stupid ass "1 like= 1 prayer" shit, I''m so fucking tired of seeing all these stupid things.
E

So... The right to your own image is worth 15 Bucks? Cool.
Wonder what Free Speech sells for.

What I get from this is that sponsored stories/articles.. advertising where it doesn't fit and isn't welcome.. is a bad and sucky thing. That about the jist of it? 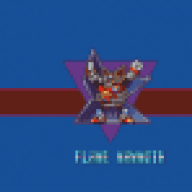 I got an email over a year ago about joining this lawsuit. I thought "what's it worth? I've made about 3 posts total during my entire time on facebook that didn't really say anything about me and the account has been inactive for a year. Plus, everyone is gonna jump on this and make any payments chump change." I guess I was right. How many people really deserve a reward for this anyway? Did this happen to a lot of users or was the advertisement algorithm so specific it only affected the million or so people getting the winnings?

Though, you should know better than to give out anything on facebook that you don't mind them using. They try anything to make money off the crap people post on there. As long as it was just between friends' likes, this doesn't seem as evil as some of their other practices, many of which they still get away with. 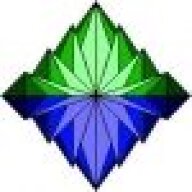 Exterminas said:
So... The right to your own image is worth 15 Bucks? Cool.
Wonder what Free Speech sells for.
Click to expand...