No more using copper for wires.

Last week [http://www.escapistmagazine.com/news/view/166215-Fallout-4-Update-1-3-Available-Now-on-PC], Fallout 4's patch 1.3 hit PC, bringing with it a number of fixes and changes. Included in the patch are: correcting an issue where your character became dismembered while still alive, issues with NPCs getting stuck in Power Armor, and you no longer have to tap into your copper supply in order to build wires. Also fixed was an issue where Minutemen quests were "repeating improperly."

The patch has now made its way to consoles [https://bethesda.net/?utm_source=twitter&utm_medium=social&utm_campaign=020916-Fallout-1.3Update#en/events/game/fallout-4-1.3-update/2016/02/01/70], and Bethesda has celebrated the patch's release by sharing a video that details a fix that "dramatically increases object fading distances," which you can check out below.

The full Fallout 4 1.3 patch notes are listed below, but be warned: there are some minor spoilers.

Whew! Just in time for me.

Oh no wait, I've already played the crap out of Fallout 4. Oh well.

Not a whole lot of bugs for me this time around, which is surprising for a Bethesda game "right out the box". I couldn't stimpak Curie, sure, but beyond that, no major bugs come to mind.
L

Hoping it fixes the Railroad Ballistic Fiber option. Been driving me nuts.

What do you repair besides town stuff and powersuits? And if it was not the 'proper' amount, is it better or worse than it was before?

Oh boo, they fixed MacCready's perk. No more headshotting enemies halfway down Boston with a pistol. 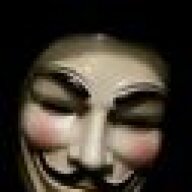 Wish they would have fixed the "Emogene takes a lover" quest, Emogene was locked in her room and can't seem to get out.

They fixed the dogmeat duplication glitch without listing it. Easy enough to get around if all you want is to maximize special stats and be on your way. Delete the Fallout install and patch, turn off your network access. Reinstall, start your new game, get your special stats, then re-enable internet access. Voila.
Show hidden low quality content
You must log in or register to reply here.
Share:
Facebook Twitter Reddit Pinterest Tumblr WhatsApp Email Link
Top Bottom