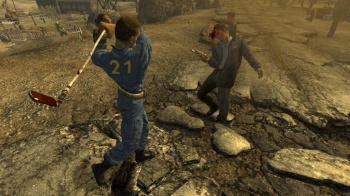 J.E. Sawyer, the project director for both Fallout: New Vegas and its Honest Heart DLC, has released a mod that makes things a bit more difficult for those wishing to bring order to the Mojave Wasteland. Sawyer's changes shift certain NPC alignments and modify a few character stats, but won't add any additional quest-related content.

Here is a list of some of the more notable changes Sawyer has made to the game, as posted on his Formspring account:

* Max level with all DLCs installed is 35.
* XP rate is halved.
* Base player health is quartered and level-gained health is reduced by 25%.
* Base Carry Weight from 150 to 50 (related perks/things have also been adjusted).
* Energy Weapon ammo weighs less than its nearest equivalent Guns ammo.
* Energy Weapon durability is in the same ballpark as Guns durability.
* Medium Armor has a small amount of DR proportional to its DT.
* Heavy Armor has even more DR proportional to its DT.
* Power Armor does not require a perk, but if you have the perk, the weight of the armor is essentially negated.
* Karma/Alignment values adjusted all over.
* H2O/FOD/SLP rates doubled, but the first threshold is moved from 200 to 400 (statuses roll over ever 150 after).
* Water and Food drop rates on NPCs is dramatically lower. It is difficult to stay out of Dehydration/Starvation by looting enemies.
* Water/Nuka-Cola/Sunset Sarsaparilla heal much less, but now all restore H2O (alcohols will as well, but at lowered values).
* Default Stimpaks are uncommon. A new variant, Stimpak, Expired is the default. It is not that great.
* The player's Workbench recipe now makes Stimpak, Homemade. It is better than Expired, worse than default Stimpaks, and has the PE penalty from Healing Powder.
* All Stimpaks have weight.
* Pre-Order items have been adjusted to be more well-balanced and not worth that much if you rush to Chet's to trade them in.
* A bunch of fixes I couldn't make during development because of load order conflicts, time, etc. E.g.: Automatic Rifle spread re-adjustment, putting the Police Pistol on the Cowboy List, Bozar on Grunt, Junk Rounds are now actual ammo variants you can make, etc.
* Some other stuff.

When asked why these changes wouldn't come to players in the form of an official patch, Sawyer gave a variety of reasons, including technical difficulties and the difficulty curve. "Some of the mechanics changes make the game significantly more difficult (base health / stim changes)," he wrote, "or at least more of a hassle (carry weight, stims having weight, H2O/SLP/FOD rate increase). I'd rather have people opt-in to those changes than make them the default in a patch."

Sawyer also mentioned that "the ship has [already] sailed" for Fallout: New Vegas. "No one is working on it anymore. No testers, nothing. This mod is just me working in my free time," he explained. "If I horribly botch something, you can just un-check the mod and go on your way."

While a plethora of time-consuming AAA titles have come out since Fallout: New Vegas, I'm sure there are more than a few people willing to go back and try out Sawyer's mod (which can be downloaded here [http://diogenes-lamp.info/jsawyer_fnv_mod.zip]). After all, it's not every day that the actual project director makes personal, yet optional, changes to his game. At the very least, it should be interesting to see how well the Courier fares in a New Vegas designed solely by the preferences of one key designer.

Mike Kayatta said:
* Base Carry Weight from 150 to 50 (related perks/things have also been adjusted).
Click to expand...

Noooo! Stay away from my phat l00t, Sawyer!

This is almost like a directors cut of a film, which is actually quite cool.

Looking back at New Vegas, I can see what elements of survival they were going for, and this mod really seems to go for that. It should be interesting to see how much it affects the game experience.

Well it is a shame that it isn't something that can be added to the console version, I don't play my PC version of the game enough to play a character with this mod. If it was on the 360 done as an optional difficulty though I'd play the shit out of it

I keep trying to escape.

But they always pull me back in!

This is more of a extra difficulty setting than a mod.

That's actually really neat. I am surprised more devs don't make mods for their own games.

Holy shit!, this seems like a hardcore's Hadcore difficulty. He forgot to add weight to the caps, like in the original games.

Nice! I happen to be going through New Vegas right now... and will probably never install this mod.

You're coming nowhere my loot, Sawyer! Plus, I've the mod that allows you to have all the companions and their missions, so more loot for me! Yay!

Well some developers do make mods for thier games. But because this takes precious time that could have been used on a new project this usually take on the form of a DLC or an expansion pack.

Judging from all the alterations he's made, looks like Sawyer wants us to play it... http://i.imgur.com/lM1XU.png
In the rough
Click to expand...

yyyyaaaaaaaaaaaaaaayyyy
It's cool to see developers tinker around with their game like this. It gives the player a glimpse into perhaps how they envisioned the final product to be, but didn't go through with it for whatever reason (too difficult for the intended audience, not feasible, not enough time, etc.). Best of all it's optional, so players can choose what type of gameplay experience they'd prefer.
J

And this is why I fucking love J.E. Sawyer. 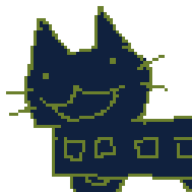 Judging from all the alterations he's made, looks like Sawyer wants us to play it... http://i.imgur.com/lM1XU.png
In the rough[
You could say he took a slice out of your game?
Click to expand...

YYYYEEEEAAAAAAAHHHHHHHHHHHHHH. Also you have balls for posting a pony pic, well done.

OT: I don't really play New Vegas anymore, but if I did then I might get this mod. From the looks of it this basically makes New Vegas as hard as Dark Souls. *sees the loot thing* NOT getting this mod, I would get it if I could still hoard all mah broken bottles! 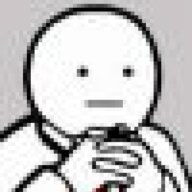 This shouldn't be in normal New Vegas but this is exactly what Hardcore New Vegas should have been. Hardcore for me was drinking water occasionally, killing bighorners would keep my hunger down for a while, sleep every now and again, and carry less loot/ammo, and carry more doctors bags. It was all more a slight annoyance instead of a making the game more realistic. I'd usually impose my own restrictions like not reloading until I empty a clip/magazine/battery unless I was using a weapon that loaded one by one of course. I'd also carry what I could realistically. If I were wearing combat armour I'd have one pistol, a rifle, and a melee or unarmed weapon I could realistically carry. If I were wearing Power armour, I would only one weapon. Wish my P.C could play this game instead of using my console gamer self limitations to simulate mods.
D

Ok, I'm getting this. This is whst I have wanted all along. All the time I spent in this game I couldn't help but think it was just too damn easy! Even the toughest of situations could be rememdied by pausing the game, using 10 of the 500 stimpacks I had sitting in my inventory and go back killing stuff. This mod sounds awesome and might actually make the game challenging.

Sounds good Mr Sawyer...I lost my save game file once and put it on normal to get back to where I was and... I don't even know lol what on earth is it like on easy... 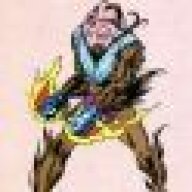 Yeah, it's really too bad this can't be included in a patch as a new hardcore option. A patch taht also, ahem, fixes the worst of the bugs.

Anyway, I used Hardcore Mode from day one, hoping for a more challenging experience. Unfortunately, as many put it, it was more of an annoyance than anything else. Like many games that profess to be "hard", Fallout:NV's hardcore mode doesn't come from resource management or strategy, but rather simply from having enemies with enhanced stats.