If there's one thing I love, it's a good space battle. Heck, half the reason I adore <a href=http://www.escapistmagazine.com/tag/view/star%20wars?os=star+wars>Star Wars to the extent that I do is the fact that, in western film, you're not going to find many better sources for explosive confrontations between gigantic starships and swarms of itty-bitty fighters. Even the climactic conflicts of Star Wars however, arguably pale in comparison to some of the battles that have taken place in the realm of anime. Freed from the confines of live-action film-making, the various practitioners of anime have created some of the <a href=https://www.youtube.com/watch?v=CyXtE8_ovrc>most exciting and <a href=https://youtu.be/U2Wlw6MvNPE?t=5m42s>epic engagements ever imagined.

For the last four years Johnson has been single-handedly piecing together an animated short combining the battles of Star Wars with the look and feel of anime. And Thor's beard is it glorious. A partial tribute to <a href=http://www.escapistmagazine.com/articles/view/video-games/goodoldreviews/12617-Good-Old-Reviews-Star-Wars-Tie-Fighter>the Tie Fighter PC game, it follows a force of Imperial pilots and Star Destroyers as they attack and lay waste to a small fleet of Rebel ships and fighters. Actually a more complete version of a short that surfaced <a href=https://www.youtube.com/watch?v=FGl6r5tQYPM>two years ago, the new video is about seven-and-a-half minutes in length and features music from Zakir Rahman and sound effects from Joseph Levya.

Setting aside how nuts it is that Johnson did all of the animation by himself, this video is impressive just based on how well it emulates 80s-style anime space battles and meshes them with the Star Wars universe and aesthetic. Viewing this I found myself having so many flashbacks to watching Robotech when I was younger; the movement of the ships, the fluidity of the action and its overall framing just reeks of shows like that. At the same time though, it still felt to me like grade-A authentic Star Wars. Now if only we could find a major corporation with a long history of groundbreaking animation to create something similar. <a href=http://www.escapistmagazine.com/news/view/120408-Disney-Acquires-Lucasfilm>Good luck finding one of those though.

That's got to be one of the coolest fan-made homages I've seen. I could see that being an epic TV series or something.

That rebel force was screwed. A Star Destroyer battle group with Interdictor Cruiser against just a Nebulon-B, Corellian Corvette, and some transports? Unless the fighters managed a hail marry against that Interdictor, they might as well just ram the Star Destroyers.

Ah, thought so.he has a really distinctive take on 'generic' anime stylings, and a lot of talent. I'm pretty sure he did a sr who anime featuring pertwees dr.

have to say, I loved the launch sequence, really captured that classic anime staple and gave it some welly, and I could really admire/enjoy the work gone into it, but I felt uncomfortable rooting for the empire so to speak (laughs).

Okay, so fem-Tie Bomber is my new waifu...

Glorious, simply glorious. Would love to see this style of hand-drawn animation become popular again, leagues ahead of the more common modern almost sterile anime art styles in my opinion, much more character with the visible sketch lines, especially with that crystal clear modern definition.

Although the soundtrack was a little iffy, I think that could be easily written off as the guy wanting to avoid copyright claims. Would love to see more of this manner of animation from this fellow, from Star Wars, or anything really.

If the anime indurstry were to revive the retro anime look, Otaking will be at the forefront, leading the way!

that video is pretty much how I always imagined it when I was playing any of the star wars flight sims. I would love to watch a show like that, and I really liked how they did the transparent outlined imperial helmets. I was quite impressed with how it managed to catch the feel of the original star wars, the flight games, and anime all at the same time.

Also, when I saw the size of that imperial group I already knew how that was going to end. No chance in hell.

That's more than enough inspiration to continue work on an Empire at War mod I've been creating for the past 4 years.

To quote our lord and saviour:

"Why aren't we funding this?!"

Seriously, I would watch the hell out of an anime done like this. Just get the voice actors right.

Also, nice to see the empire being competent for once. Admirals actually showing that they deserve the rank.
K

I tried throwing money at the screen for the video to continue but it did not work. Kickstart this, I beg you.

It looks a lot like Heavy Metal. That's a compliment.

Ah, that was lovely. Pure excellence. Cannot say a bad thing about it.

Windknight said:
Ah, thought so.he has a really distinctive take on 'generic' anime stylings, and a lot of talent. I'm pretty sure he did a sr who anime featuring pertwees dr..
Click to expand...

I was going to say, this looks a lot like the Doctor Who anime video I've seen.

That was pretty cool, and the fact that I played X-Wing and X-Wing vs. TIE Fighter meant that I got a lot of the little small references as to what was happening. That took a lot of dedication and hard work.
I just wish I could get over the fact that the good guys got slaughtered. Any chance he can make a sequel where the Rebels come out on top? I mean, it's only another four years of work, right? 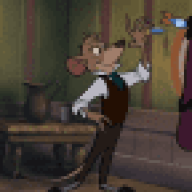