Fatal Frame: The Black Haired Shrine Maiden Will Release On Wii U This September

Fatal Frame: The Black Haired Shrine Maiden Will Release On Wii U This September

Fatal Frame: The Black Haired Shrine Maiden will use the Wii U's gamepad as an in-game camera.

Last we heard about the new Fatal Frame title, was that it would be coming exclusively to Wii U at some time this year [http://www.escapistmagazine.com/news/view/133898-Fatal-Frame-V-Coming-Exclusively-to-Wii-U]. Now, we have a bit more info, namely, a release date and a title, and we've even got a few screenshots and a little bit of gameplay and story info. Fatal Frame: The Black Haired Shrine Maiden will release on the Wii U in September 27, 2014 in Japan.

Koei Tecmo producer Keisuke Kikuchi made an appearance during the NicoNico Live Fatal Frame series stream to talk about the new survival-horror title. He said that the game's main concept comes from a "Japanese-style" horror, which will revolves around Japanese buildings, using cameras, and the fear of "getting wet".

The signature piece of equipment of the Fatal Frame series, as the title may suggest, is the camera that the protagonist uses to reveal things that you normally can't see with your eyes. Appropriately, the new game will use the Wii U's gamepad as the in-game camera, in what we're assuming is somewhat similar to how things worked in Zombie U.

The protagonist Yuri Kozukata has an ability she's had since childhood, where she could touch something and find the "truth" behind its history.

That's about all we know so far, and there's still no word on whether or not the game will be localized for a western release. The latest original entry in the Fatal Frame series, Fatal Frame: Mask of the Lunar Eclipse, launched for Wii in Japan in July 2008, but was never localized. A remake of Fatal Frame 2 was then released in Japan in 2012, but again, never made it over to the West. 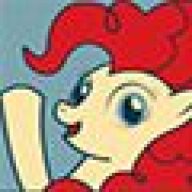 Not News until it's a confirmed Western Release. I really want these games but Japan doesn't want to justify my Wii and WiiU purchases no matter how many good games they never send this way.

Project Zero 2 did make it to the west, it got a European release^^.

I really hope you can use a Pro Controller, i think pointing the gamepad at the screen is going to get really annoying in a series as combat centric as Project Zero, and is it fast enough when you need to quickly switch between third and first person mode? I imagine that you would end up flailing the gamepad frantically around while trying to manage a combat scenario, unless they toned down this aspect of the game. I look forward to the game (if it releases in EU) but i remain sceptical of the gamepad controls. 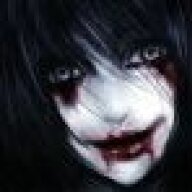 I'm interested to see how the controller will work, the fourth game had pretty okay controls with the wiimote despite people worrying about it. Now's to hoping that the game will be released at least in Europe. The Wii U really needs more titles.

Nvm, i can't read! Therefore this post is pointless... Sorry.

The one game I'd actually import just to get my hands on. Unfortunately, I'm not sure the Wii U sold in America can play the japanese version. /cry

Colt47 said:
The one game I'd actually import just to get my hands on. Unfortunately, I'm not sure the Wii U sold in America can play the japanese version. /cry
Click to expand...

OT: Unless an NTSC version is localized, or the Wii U's region coding has been subverted, the it looks like I won't be getting this.

Not getting my hopes up for a Western release. Maybe if enough people bug KT, but even then 1000 e-mails don't mean 1000 sales. 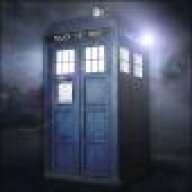 It's a shame this is Wii U only. Fatal Frame (or Project Zero as the series is known in my region) is my fave Supernatural Horror game series. I first played 3 and fell in love with it. Then tried 1 and 2. But I have no intention of buying a Wii U. Especially not for 1 game, as awesome as it might be.

This is the first I'm hearing of there being a FF2 remake. So yay, more disappointment. I own the first three, because NoA felt I couldn't handle the fourth one.

I barely remember #3, I really liked #2, but the original is still my favorite. Also having the subtitle of "the black haired shrine maiden" pretty much means it could be a remake of ANY of the games lol. 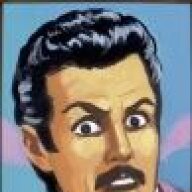 It is about time. I speculated on this on the Atlus forums years ago and even made a mock up photoshop showing how great an idea it was. I'm psyched to see them do it, kind of wish they'd do it with the whole collection as a master edition.

Heck I even wrote a blog about it on screwattack.com saying it was one of the things that could get me to consider getting the WiiU.

Hopefully it does well and is released everywhere.

KoudelkaMorgan said:
This is the first I'm hearing of there being a FF2 remake. So yay, more disappointment. I own the first three, because NoA felt I couldn't handle the fourth one.

I barely remember #3, I really liked #2, but the original is still my favorite. Also having the subtitle of "the black haired shrine maiden" pretty much means it could be a remake of ANY of the games lol.
Click to expand...

The remake was mostly the same game, except there was a couple of additions which made it worse. I only play it because i can't get a hold of a copy of the ps2 version. One of the additions is a mingame whenever you try to pick something up, it gets really old really fast because you collect a lot of items in this game. Ufortunately you can't just ignore the mini game as the punishment for failing is a large amount of damage. Aside from that they added a couple of large on-screen button prompts that doesn't fit in with the games artstyle and they moved the sound from the stones into the crappy wiimote speakers. And to top it off, the controls are weird and you can't use the classic controller for some reason. It's still a good game, but you aren't missing anything. 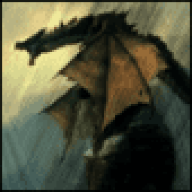 So who can I bug to localize this one so I can finally get work as a translator?