Fatal Frame Wii U is Coming to The US

Fatal Frame Wii U is Coming to The US 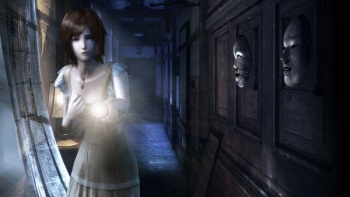 In a surprise turn of events, Nintendo will localize the latest Fatal Frame title.

Back when Fatal Frame V [http://www.escapistmagazine.com/news/view/133898-Fatal-Frame-V-Coming-Exclusively-to-Wii-U] was announced for Wii U over a year ago, we all collectively thought "that's nice... for Japan. Too bad we will never see it." Now, Nintendo has made fools of us all by announcing in its latest Nintendo Direct presentation that the game will indeed be localized for an English release.

The camera-based survival horror title will hit US stores sometime this year, and, well, that's about all Nintendo is telling us for now.

The latest original entry in the Fatal Frame series, Fatal Frame: Mask of the Lunar Eclipse, launched for Wii in Japan in July 2008, but was never localized. A remake of Fatal Frame 2 was then released in Japan in 2012, but again, never made it over to the West.

This upcoming Fatal Frame Wii U will be the first English-language Fatal Frame since Fatal Frame III: The Tormented [http://en.wikipedia.org/wiki/Fatal_Frame_III:_The_Tormented] in 2005.

Like I said when the Japanese version was announced, the Wii U is the perfect platform for this game, as you'll be able to use the gamepad to act as an actual camera. Glad that us English-speaking J-horror fans will finally get one of these.

damn, it's been a long freakin' time. Lots of good stuff shown during the Direct

See this is why I hate April Fools Day. You can never trust any news you here. They could post steak is made from cows, and I couldn't believe it. Not today.

I LOVE this series.

I've been hearing rumors to this effect for a long time, so it's probably legit. I hope it is, Fatal Frame is easily my favorite horror series ever, and the only one whose game that still scares the crap out of me no matter how many times I play them even after all these years. I just hope it avoids alluding to the previous games in the series, because all the games thus far have always gone with the normal endings of the games, which are all incredibly depressing, instead of the happier if bittersweet better endings. 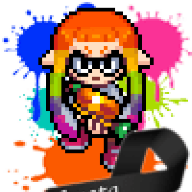 Silentpony said:
See this is why I hate April Fools Day. You can never trust any news you here. They could post steak is made from cows, and I couldn't believe it. Not today.
Click to expand...

This is from the Nitnendo Direct so nope, confirmed. Rejoice.

If this is real, I could see this work for sure. Maybe using the Gamepad as the camera or something. I never played these games, but I am interested in them, so this could be a learning experience for me.

Oh hells yeah. Even more awesome stuff for my WiiU.

xaszatm said:
This is from the Nitnendo Direct so nope, confirmed. Rejoice.
Click to expand...

With all due respect, I'm not about to trust any news I hear today, especially from official sources.
A

Steven Bogos said:
The latest original entry in the Fatal Frame series, Fatal Frame: Mask of the Lunar Eclipse, launched for Wii in Japan in July 2008, but was never localized. A remake of Fatal Frame 2 was then released in Japan in 2012, but again, never made it over to the West.

Love it when game journos think "the West" means "America". We here in Australia got the Wii remake of Fatal Frame 2 (or Project Zero 2 as it's know out here) YEARS ago and so did Europe. Nice to finally have something to hold over the Americans, I don't think we've come out on top in gaming since we got Terranigma and you didn't. 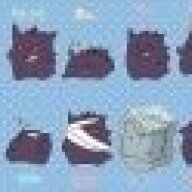 Just going to throw this out there, but Team Ninja has a good deal of involvement in this game's production, which is a first for the Tecmo developed series.

Breast physics and and wet clothing effects are key features of Fatal Frame V, even according to the lead developer of the series. I read an interview with the guys involved, and it came across as a bunch of horny men eager to use powerful technology for their fantasies. Early ideas for the game also included using a gun or sword to fight ghosts instead of a camera, but they settled on adding a sidestory where you play as Ayumi from DOA. I absolutely adore Fatal Frame 1-3 (4 had horrible controls and lots of game breaking bugs), so the change in ideas might just kill this franchise for me.

http://fatalframe.wikia.com/wiki/Fatal_Frame_V:_Oracle_of_the_Sodden_Raven
Scroll down to the interview section and you'll see what I mean.

I actually enjoy DOA games, but I'm really getting sick of Team Ninja sticking their perversion into other games. Dynasty Warriors, Zelda (Hyrule warriors), Metriod other M, it just needs to stop before they turn me into a feminist.

First they release DS and 64 titles on the VC and now this might actually happen? I´m pretty excited today, i really hope it makes it to EU!
T

Good news I guess, but I'm not going to buy a Wii U just for that (nor can I afford to). That said I have long hoped we'd see the series ported to PC, or new titles created and released to the US in a general sense. I have a PS4 as my only "current gen" machine so that's what I'd hope it would release on if PC isn't an option.
T

Awesome. I wonder if we could convince them to bundle in Fatal Frame 4 too. We never got that.

Now all we need is Mother 3 and Captain Rainbow.

If this really does happen and Team Ninja doesn't fuck it up, you can bet your ass I'm gonna get a Wii U for this (and Bayonetta 2, of course!). Fuck, the little system that could seems to be getting better and better all the time. 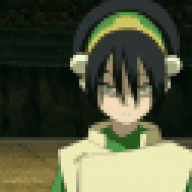 This is really starting to bother me. Look, I get it, the majority of traffic for The Escapist comes from the US. But that doesn't mean that other regions are insignificant. This article's title should've been "Fatal Frame Wii U is Coming to the West", because it's coming to Europe and Oceania as well... but your article makes no mention of this.