But apart from this attempt to bring attention to this project, I personally have been a fan of orchestral game music for over a decade and even saw the first concerts conducted outside of Japan serving as the opening ceremonies to the Games Convention in Leipzig - the precursor of the Gamescom - back in 2002 and 2003. Suffice to say, I love that stuff and always look for more - so, I thought, why not make a thread about it then?

Some of my favourites to give you an idea,

In this sense, Escapists, what are your favorite renditions of game music done by an orchestra or similar? 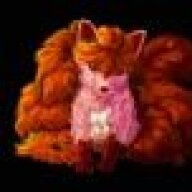 Hmm... A lot of my favorites are actually in their OST so I'll just post a couple of the concert medleys I like.
This one is a favorite because Lindsey Stirling...
... and this one because Pokemon, even though some of it is from the anime.

I can't remember specific musical pieces out of my mind, and honestly I am too tired for looking soundtracks in YouTube, so I'll just mention those games that had great soundtracks off the top of my head,

Good stuff I didn't know yet flying around in this thread already! I'll share some more of my favourites. Keep the music coming!