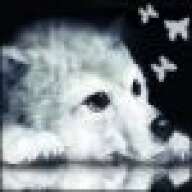 I was just playing Battlefield and I kept getting sniped by some douche as I was trying to cover hop so I decided that games like Battlefield and Halo and whatever else need a dedicated dodge button. If somebody gets the jump on you in any way, you're screwed and I think that takes some of the fun out of it and makes it frustrating.
I also decided there needs to be an about-face button. If someone is shooting at you from behind, you should be able to flip around and shoot back instead of taking the time to turn.

Anyway, what kinds of features would you like to see in shooters? Or just games in general?

This isn't really a feature, but I think more shooters need to focus on movement. After having shootouts while jetpacking over hills at 100 km/hr in Tribes: Ascend, it was hard for me to play Planetside 2, where I had to slow down to a crawl with my head glued to the side of the gun if I wanted to hit anybody. Sure, aim down sights mechanics may be more "realistic", but they're not terribly fun, and don't add much to a vast majority of games. Thankfully, Hawken seems like it's exactly the kind of game I want, where the game is focused just as much on dodging your enemies' fire as it is hitting them with your own.

Basically, what I'm trying to say is there needs to be fewer games with aim down sights, and more games with mechs and high speed jetpacking.

Well the one second death is a big part of MMS, making sure everyone just dies when sprayed down for the ultimate casual effect.
If you don't want insta-death then you are barking up the wrong genre tree. 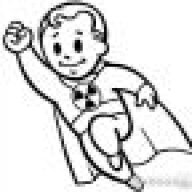 I think shooters need to become slower paced. That's why I love Arma so much - it is slow paced and tactical. It isn't linear.

SillyBear said:
I think shooters need to become slower paced. That's why I love Arma so much - it is slow paced and tactical. It isn't linear.
Click to expand...

That sounds good to me.

A proper super soldier fps. I like halo a lot but you don't really feel like a super soldier. Same goes for the warhammer space marine game. I would like to see a shooter in which everyone feels super powerful, maybe even one life per round and give them huge amounts of health and jetpacks etc.

Mr.K. said:
Well the one second death is a big part of MMS, making sure everyone just dies when sprayed down for the ultimate casual effect.
If you don't want insta-death then you are barking up the wrong genre tree.
Click to expand...

I dont have a problem with the "one second death" so much as the way it's implemented. If Battlefield had a way to move suddenly and quickly in random direction but still kept the rest of its mechanics, I'd be fine. My annoyance comes in when someone gets the jump on you and you are in the open or something where there is nowhere to go. A dodge function there would be nice because it gives you at least a chance.

A gun that shoots explosive pancakes. Come on, tell me that wouldn't be awesome. And an alternate ammunition would be cluster grenade waffles.

SillyBear said:
I think shooters need to become slower paced. That's why I love Arma so much - it is slow paced and tactical. It isn't linear.
Click to expand...

Thank you. We need the tactical shooters back like Raven Shield/Rogue Spear, Ghost Recon 1, SWAT 3/4. It sucks that Bohemia is the only one making anything tactical and semi realistic now. Some of thse other ones gave you good close quarter tactical action too. (which the OFP/Arma games don't)

I guess all the kiddies they market these games to are too impatient for that style of play.
Click to expand...

i havent tried Arma but I've seen videos on YouTube of it. It looks soooo fun. Battlefield 3 can get like that sometimes on the bigger maps where everyone has to cooperate. But they kinda shoot themselves in the foot by forcing you to kill people and get points to get even remotely good weapons which I find as a shame.

Dragons!! I want a shooter where we hunt down mythical creatures like Chimera, drakes, dragons, blah blah...

Basically, MOAR customisation; the kind of customisation that Halo 2 had in the multiplayer modes, make it the game you want.

A little more feedback from the weaponry as well would be innaresting, but then again I've never played ARMA.

Every shooter should have bots. Bar none. No excuses. Even if the online multiplayer never takes off, or dies in 6 months... if your game has bots then your multiplayer/instant action/challenge modes will never go to waste, and can live forever.


ohnoitsabear said:
Basically, what I'm trying to say is there needs to be fewer games with aim down sights
Click to expand...

Good god yes. The only games that should even have ADS are the hardest of hardcore simulators like Operation Flashpoint and ARMA- and even then they should be optional, such as in OpFlash.

I like the about face button idea, but not the dodge button. We already have four buttons for dodge: W, A, S, and D. Besides, you can't dodge a sniper bullet if you don't know it's coming.

For the about face thing, its not terribly realistic being able to do that so games like Battlefield and CoD probably wouldn't have it. And on consoles at least at high sensitivity you can turn fast enough anyway, I would assume the same for PC unless you have to pick up the mouse and move it for a full spin or something.
I pretty much like shooters as they are but I think it would be interesting to have a game where there is no communication and you can only tell who your team is by some sort of signal or the uniform. It would be fun to kill someone and steal their uniform, maybe find out their signal so you can infiltrate them. Also team killing so being trigger happy could hurt a lot and until you are sure who your team is it will be very tense. 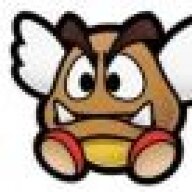 Jacco said:
Halo and whatever else need a dedicated dodge button.
Click to expand...

Halo already has one. It's called Thruster Pack, and kicks ass at close quarters. However, if that's not your speed, you could always try he Jetpack. If you don't like dodging and would prefer to just recover from attacks faster, the Regen Field is your friend.

Well...BO2 has a dodge button, kinda. If you try to go prone while sprinting, you'll dive instead. Usually buys you enough time to gun down the other gun if you're using an SMG or handgun.