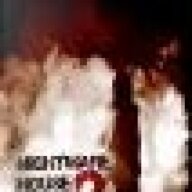 I go to Michigan Tech and the girl to guy ratio is very unbalanced, way more guys than girls. Most of the girls I have met have been bitchy or aren't into the stuff I am into, so all of my friends are guys and we all game.

I just thought it'd be nice to connect with some other girls who game like me. It doesn't make me "better" than anyone else, i have NO idea where people got that idea...I'm not trying to make myself seem more special or anything. Again, I do not know where that was derived from. And I have NO idea how I was "trying to make this into a big deal" when I maybe said two short sentences?? I am new and was trying to make friends.

I LOVE horror video games, Silent Hill being my favorite series (with the exception of a couple of them). I just recently got Nightmare House 2, the Half Life 2 mod, and it was AWESOME. I might play through it again just because I loved it so much. I am impatiently awaiting Diablo III and Torchlight 2. I write about video games for Examiner.com. I love playing old school games like Ghouls and Ghosts on Sega Genesis and Spyro and Crash Bandicoot on PS and PS2. My boyfriend and I spend countless hours playing games together on steam like CS:S and TF2 and Left for Dead 2. I play Halo and CoD and Super Streetfighter 4, and Batman Arkham Asylum and Dead Space and Oblivion and more. I just LOVE gaming, I am always trying some new game, and I was hoping to just connect with some girls who felt the same.

No reason to be so mean, at all.

To others who were nice, thanks for the welcome and advice about this community. I think I learned the hard way...
S

There are a lot more female gamers then you might think. However they tend not to advertise the fact due to the reaction of idiots. Some love the attention, or just don't care, and are happy to speak up - but most just want to be another gamer - not a 'girl' gamer.

I play WoW and am a leader for something called QQ Premades - basically people join vent, the leaders open up rooms and run premade battlegrounds and stomp the horde, good fun. The entire thing is G rated as we get lots of kids playing so we don't allow swearing or any kind of harassment at all.

Anyway, my point being, a lot of the people who join vent are girls - once they've been on a few times and seen how we deal with idiots who break the rules they start speaking up and are great fun to have in the room. This is because they realise they can join in and talk without worrying about 40 guys all of a sudden doing nothing but telling her she has a sexy voice, asking how old she is and if she has pics and blah blah blah.

So yes.. if people want to see more girls online all they need to do is not make a big deal when they see girls online.

(oh and http://www.queueq.net/ if you're alliance on the bloodlust battlegroup wanting to stomp horde - it's free and fun!)

Sorry for the rude response you got for your first thread. Welcome to the Escapist. Please tread lightly and carry a big stick.