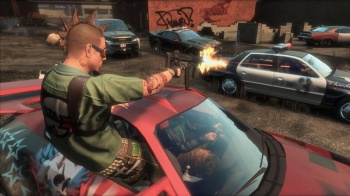 If you thought APB's player base was nothing more than a handful of die-hards, then guess again, as the player numbers are higher than you might think.

A desolate city, its streets empty except for tiny gangs, prowling the streets for hours in a fruitless search for prey. If that's how you think of APB [http://www.amazon.com/All-Points-Bulletin-Pc/dp/B002BS480M/ref=sr_1_1?ie=UTF8&s=videogames&qid=1282661739&sr=8-1], then prepare to be surprised, as figures released by developer Realtime Worlds reveal that actually the game has tens of thousands of players.

RTW's figures put the total at 130,000 players, which obviously isn't a patch on something like World of Warcraft, is comparable to smaller MMOGs like Warhammer Online or Dungeons & Dragons Online. The figures also suggest that these players are generating $28 each through a combination of in game time and user-to-user trading. Paul Dounis of Begbies Traynor, the company handling RTW's administration process, called the numbers "healthy" and and said that they show that APB is an ongoing concern. He added that that the average revenue generated by the game's players is higher than any other game around.

If all the numbers are correct, then APB generates around three and a half million dollars In revenue each month, and as Dounis says, that's higher per player than any other current MMOG. Even though the numbers are good, I would assume that projections for APB were much higher than that, hence the problems that RTW now finds itself in.

wtf is Dounis talking about??

EDIT: sorry, there are aprox 11.5m subcribers in Wow
T

Maybe he's not good at math? Or maybe he's trying to not acknowledge WoW's existence? 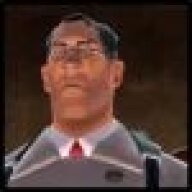 Maybe he's not good at math? Or maybe he's trying to not acknowledge WoW's existence?
Click to expand...

I'm hoping the console port they hinted at is still gonna happen.

This pirate wants him an MMO. 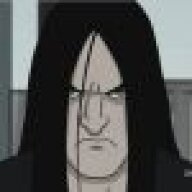 Logan Westbrook said:
If all the numbers are correct, then each month APB generates around three and a half million dollars In revenue each month, and as Dounis says, that's higher than any other MMOG going.
Click to expand...

I hate to nitpick, but it bothers me.

I remember when Atlus was really, really happy to break the 250k sales mark with Demon's Souls. Why can't more publishers just be happy with what they've got?

Wow, so despite all that problems still going on? That is a real shame...
A

That 3.5 million a month is a nice headline figure, but what are their running costs? Maintaining servers, and the like for an MMO isn't cheap, and development is even more expensive.

They also must have very large accumulated debts which they couldn't afford to pay off, or re-structure. From what I've been reading they got too ambitious, and expanded too rapidly. They took on a lot of staff and even opened a US office (now closed) to support APB.

Although they're described as the second largest independent developer in Scotland, which was true at the end, they've been around since 2002, and only shipped one other game, Crackdown in 2007, so sadly it's easy to see how they could run out of cash

Aren't they on the hotseat to find an investor to save them from bankruptcy right how? Hmmmm, I wonder if they might be motivated to fudge things a wee bit.

Anyway, "registered players" does not equal monthly fees. These guys are living in fantasy land.

This is why you shouldn't go on projected profits.

tens of thousands?! .. HAHAHAHA!!! .. Prime time during the week the instance listing MIGHT cover over 500 people. Thats not tens of thousands. These statistics are blatently fabricated! They may refer to the inital opening month. But they don't have anything to do with how the game performed after that.

Maybe he's not good at math? Or maybe he's trying to not acknowledge WoW's existence?
Click to expand...

That's what they're talking about. More average money per player.

I remember when Atlus was really, really happy to break the 250k sales mark with Demon's Souls. Why can't more publishers just be happy with what they've got?
Click to expand...

That is what they want...always wanna be the big star with millions of sales...
C

Guy I know there is little to no news in the gaming world.

But can we can the "Xbox is dying, Ps3 is dying, this games is a failure, this mmo is dying"

When they are not real stories backed by fact that show a pattern or said failure/change? Seriously...

Why do PS3 sales lag behind 360's? Simple ps3's don't red ring every 6 months needed a new one bought maybe?

so this means it wont get free to play?

wtf is Dounis talking about??

EDIT: sorry, there are aprox 11.5m subcribers in Wow
Click to expand...

You are aware that almost half of that number is represented by Chinese players, who don't pay a regular subscription fee (they have a unique monetary system) and represent only 10% of WoW's profits, right? Plus, such a figure doesn't represent pure profit, since you need to take costs into account and maintaining a MMO of this magnitude isn't cheap.