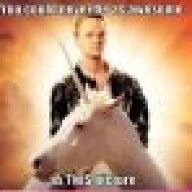 Jjkaybomb said:
All of those girl show are from the eighties... =/
Why is all the nostalgia focus on that time period? Nineties kids are in or nearing their twenties, is that not old enough to be nostalgic?
Click to expand...

Besides, Sailor Moon was huge when my eldest was a kid and she is 19, so you get that and nothing more! 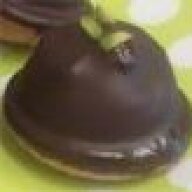 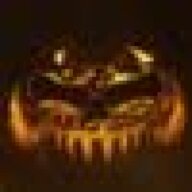 On the Barbies, there will never be a Hollywood version of that since Hasbro has an in house team. That they make money off of without having anyone mess with there formula. That is why there is tons of god awful movies(both direct to DVD and VHS) that are what girl imagine when they play with them. It isn't as bad as the Skydancer movies, but it could be better.

I do agree there is the potential for good in many suggested. Though I don't think we will every get something more then a redone commercial on most because what made them great was finite. Take for example Carmen Sandiego was a great game as well as character when little is shown and without any chance of the internet. Where memory was key to beat Carmen Sandiego. When they did try to bring it out for a bigger audience with a game show. When they tried to do a movie I believe it just only got toss midway(I believe but may be wrong) and turned into a game for a planetarium. Simply because Carmen Sandiego could not work out of a quiz game/show.

Even so it may be that most of the people on the Hollywood side may not want to get on board because of how Bratz the Movie( http://www.imdb.com/title/tt0804452/ ) did. Which is a movie based on the Bratz toys which should of made money because it was relevant to the girls. This is when Bratz toys were beating Barbie sales 2 to 1. Now a days I don't seem to see them in the toy self. Which may give more evidence to a lot of girl toys having a finite life span or anything outside of the toy aisle.

This may be because of a lot of what made Barbies popular toys for girls is the same reason why they are into shows like Grey Anatomy or soap opera. That what makes for a good toy as a child ends up making a good industry when older. I think it is the only reason why Soap Operas have expanded into other things so easily. With Battlestar Galatica an example of this.
T

None of this stuff looks bad. All of it would have to be updated in one way or another for live-action, and the only problem there is the huge potential for them to get it wrong, even with an almost straight adaptation of the storyline (see The Last Airbender).

And of course I totally support a Sailor Moon movie. 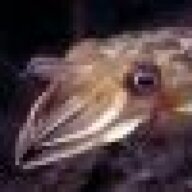 Interesting list. I'm somewhat surprised I knew as many of the brands and characters as I did.

More importantly though Bob's throw away line about a Carmen SanDiego movie has officially got me excited. Hollywood, please get on that because I would be first in line for that movie. 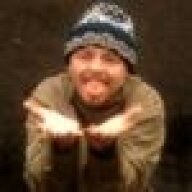 First things first. There is a japanese live action Sailor Moon tv show/movie. Even without the awful Japanesiness of it (Cat hand puppet!) the idea behind it would be very difficult to bring about. If it was based more on the manga then I could see it working a bit more since the tv show was so formulatic.

And Second. If Strawberry Shortcake was a real person in a real place, I would rule that country with an iron fist. Day in and day out I would force them to make cupcakes the size of houses and cakes as tables.

Bob... you won so many points by mentioning Cutie Honey in that article! A magical girl series with actual action! (She's a freaking android people!)

I'm a girl, born in 1987, and I didn't know half the stuff on that list, except Rainbow Brite and My Little Pony.

Question: Why, to be adult, does the film have to be live action? I happily watch clay animation, computer animated, stop motion animated and hand drawn animation movies all the time. Why imply that to be "adult", we need to be live action?

And Barbie has a large range of very well made computer animated films. They were indeed straight to DVD for the most part, but really, you can't say Hasbro has not been eager to allow Barbie onto the screen. I personally retch when watching them for their over the top, cutesy, saccharine presentation, but I do admire the quality of the work; it's quite something to make a full length animated film.

Who the hell would play Tuxedo Mask?!
Click to expand...

That vampire guy from *twilight* he would be so grimdark and edgy everyone would love it.

I'd completely forgotten how dark the bad guys from My Little Pony were! Though I should have remembered, since Tirek topped this completely appropriate Cracked list [http://www.cracked.com/article_17129_7-badass-cartoon-villains-who-lost-to-retarded-heroes_p2.html]. Seriously, Tirek and his goons are like one of those Scandinavian black metal bands who dress up as trolls:


RoBi3.0 said:
I a completely Heterosexual male, would watch me the shit out of a She-ra movie long before I went to see a He-man movie.
Click to expand...

That makes two of us.

Ditto. That show combined so many elements and managed to do it well, swiftly moving from each. So if you don't like high-fashion shoots? Wait 60 seconds, there's bound to be corporate espionage. High-tech supercomputer solving crimes not your thing? Don't worry, there's some cute orphans in the next room. 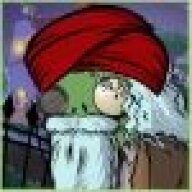 I would watch a movie based on Tamora Pierce's books. And I'm a guy!

RaphaelsRedemption said:
I'm a girl, born in 1987, and I didn't know half the stuff on that list, except Rainbow Brite and My Little Pony.

Question: Why, to be adult, does the film have to be live action? I happily watch clay animation, computer animated, stop motion animated and hand drawn animation movies all the time. Why imply that to be "adult", we need to be live action?
Click to expand...

Thank you for making me feel less like a man, since I'm a guy who also was born in 1987 but knew most of the stuff on the list.

Though I think the main reason why it have to be in live action is so that people who are nostalgic about said thing can feel more apart of it since they themselves are similar live action proportion. Which is the main reason I think most of the fans of Transformers that do like the Transformer live action like it. Feeling nostaglic about the past they can relive it threw a movie, and can place themselves into it. I don't get it. Since playing with old toys does the trick better. Though I think the difference is what is more socially appropriate.

With a big movie that everyone enjoys it seems more socially appropriate way to talk about something without feeling scorned for like it. For example I may enjoy Sailor Moon there isn't a chance in hell I bring it up. Since it seems embarrassing to like Sailor Moon for it being Sailor Moon. Most that have heard of the show, haven't heard about the show just the bad things that have come out of it because of the more zealous fans. Now if they did a live action of Sailor Moon movie, that would be what people would associate with it. Making it sociably acceptable to rent a Sailor Moon movie. Since you are no longer singled out for liking it, but are apart of a collective that enjoys it. The collective is acceptable, while the individual is not. This happen with Iron Man and Hulk getting out into the public. It didn't seem odd to be talking about it or geeking out about it. Rather then thinking the person is an oddity that knows stuff about things that aren't care about, the person is the expert that helps others get more out of the thing they enjoy. They are the person that finds the secret stuff.

I didn't notice the tidbit of the vial they used to create the Abomination in The Hulk had Dr.Reinstein on the vial that is the scientist that created the Super Soldier serum for Captain America. I thought frak I didn't realize it. Now imagine that effect on something you know being told to the kid that picked on you as they are in complete wonder in how you knew that tidbit. They bow before you, while having a reason to talk to others about the thing you like, while being able to dive back into that world you love sounds a whole lot more attractive then a CGI movie.

Something that probably wouldn't happen out of a CGI movie, or a strictly hand drawn 2d animation. Since both go out for a rather niche audience rather then hitting a much broader which a wider audience by getting it into the mainstream audience.

I am in full agreement that as long as it is good, and comes out don't really care how it comes out. Though the idea that the mainstream steam audience enjoying what you enjoy rasies the importance of what you know. It is much like the same idea as buying a toy you love and to find out years later it is worth lots of money because it was kept in good condition because you love said toy. External validation of worth of what you like, would be in some part be a validation of your worth. I agree a bit analytical, but that is the kind of inpact the mainstream audience has when it likes something we like. 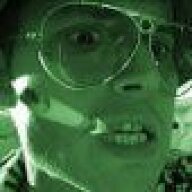 Death the High Cost of Living.

I realize the comment I'm about to post doesn't really have anything to do with films or anything, but the Sailor Moon bit in the article got me thinking. 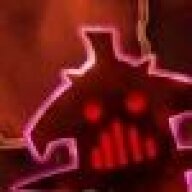 I'm not sure too many girls have that as a childhood nostalgia thing. I do, but then again I was introduced to Vertigo comics at the age of ten.
L

Has anybody else seen the sucker punch trailer and thought that it looked a little bit like Sailor Moon. I'm not exactly a massive fan but I can see the similarities. Looks awesome though.
http://www.youtube.com/watch?v=MnF4SpS9gUw&feature=fvst Here it is incase you haven't.

Complicated!? Sailor Moon is to some extent, a classic, to anime fans. It's one of those animes we have probably watched when we were kids, likely before we even knew what anime is. Many of us anime fans would love to see a live-action movie of it since there's less to f*ck up than with the Akira adaptation which already looks too f*cked to be worth watching. You do have a point about how the whole caucasian issue complicating things though..
Show hidden low quality content
You must log in or register to reply here.
Share:
Facebook Twitter Reddit Pinterest Tumblr WhatsApp Email Link
Top Bottom