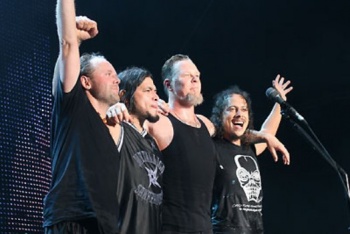 Aside from an awesome track list, it seems Metallica's Guitar Hero venture will include support for double bass drumming. Now that's freakin' metal!


Folks over at the ScoreHero forums [http://www.scorehero.com/forum/viewtopic.php?t=85129&start=0&postdays=0&postorder=asc&highlight] have just posted some pretty enticing details on the upcoming Guitar Hero: Metallica reportedly culled from the pages of the new issue of Game Informer magazine. Some killer confirmed Metallica and non-Metallica tracks abound, but the addition of a new pro-level drum difficulty and extra goodies just made the game go from "meh" to "METAL!"

Guitar Hero: Metallica will amp up the experience by bringing a handful of interesting new tweaks into the game, according to the forum post. The most exciting tidbit is the addition of a new "Expert Plus" drum difficulty that supposedly allows you to use two kick pedals via a splitter to perform double bass maneuvers. That alone will likely be a deciding factor for many folks sitting on the fence about the game. A new drum fill cheat is expected to let you play freestyle drums using Metallica drum sounds.

GHTunes is also to be included and will feature exclusive instruments tones from Tom Araya's (Slayer) ESP Bass and James Hetfield's ESP Truckster guitar. Additionally, the game will be packed with DVD style content including band photos, set lists, videos, and special footage, and players will be able to watch performances of tracks that feature pop-up band trivia.

The confirmed track list so far includes 11 Metallica tunes, and some seriously shred-worthy songs by other rock and metal groups.

Keep in mind we haven't seen the latest issue of Game Informer personally, so this information should be taken with a grain of salt until officially confirmed. Regardless, if the info pans out as expected, this game is shaping up to be a must-have for metal fans.

Metallica songs look good, as does the inclusion of Queen, Slayer, The Sword, Mastodon, Judas Priest, and Lynyrd Skynyrd. Though I have to wonder what many of the bands are doing near a Metallica game, but meh. *relooks at list* Turn the Page?! Okay, I'm getting this.

All we need is death magnetic support, and I am set.

Should have made it "Cut you up with a linoleum knife" by Mastadon. I would seriously consider getting the game just for that song.
V

Finally they include Master of Puppets and For Whom The Bell Tolls! I waited so long to play the bass intro on GH.

How does two bass pedals qualify as 'expert plus'? It's just a different sound to double tapping the bass using a single pedal and in some ways is easier.

Vlane said:
Finally they include Master of Puppets and For Whom The Bell Tolls! I waited so long to play the bass intro on GH.
Click to expand...

I am so effing there!

FINALLY a guitar hero with 90% good songs. About damn time. 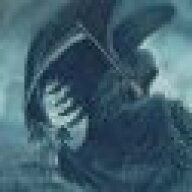 i hope they put battery on that beast
J

I hate metallica. I love St anger as a comedy metal album (ala Dethklok) but...

Whoop! I am so there.

I was wanting this when they decided to do Aerosmith, but it never came. However now I need to get the whole shibang, and that's expensive.
M

Someone truly does love me! 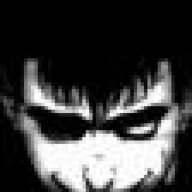