The late vocal legend Freddie Mercury and the rest of Queen will be making their appearance as playable characters in LEGO Rock Band.


I'm not going to lie: The above video brought a smile to my face. Not only is the LEGO-ified Freddie Mercury kind of adorable, but I've been wanting to play as Queen in one of these games ever since Guitar Hero started adding real rockers to its lineup, and LEGO Rock Band will let us do that with "We Will Rock You" and "We Are the Champions." This, of course, combines two of the "best songs to belt out while falling-over-drunk" with one of the best party activities to do while falling-over-drunk. Which is, of course, nothing but inherently awesome.

I can't help but wonder if the Queen guys - Mercury, Brian May, and the other ones who nobody ever remembers - will be playable on non-Queen songs as well, or if they'll just be limited to the band's repertoire. If the former, then I can't help but wonder if we'll get the same sort of outcry that we did when the late Kurt Cobain was given the same treatment in the latest Guitar Hero.

But then again, Freddie Mercury would have probably been a slightly better sport about the whole thing than Kurt Cobain, don't you think?

Happy to see some familiar faces for this SHAMEFUL cash in.

I am greatly looking forward to this. I think most rockers take themselves far too seriously, and although I think LEGO rock band might be taking it a little far, it will be great to see them getting the lambasting they desrve.

(This is not hatred on my part, I am a huge fan of rock music, and I play it as well. I think I take my music too seriously, and this extends to other rockers as well.)

I am very glad they've put a good band in there. The last advert I saw was full of the pop music I so despise (I've tried liking it honestly, but I can't do it).

All I can hope is they don't make Queen look ridiculous. At least the game has a redeeming feature, which is more than could be said previously.

Lego Rock Band?...
I'll get this when I start liking music and musical quick time events. 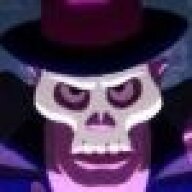 Hey in a few weeks the Queen update will hit for RB 2. Hooray, now I don't have to buy the Lego game, just RB 2.

Yeah I think Freddie would have been a much better sport about it than Kurt Cobain, that guy was a right buzzkill.

When I read the title, I thought of a joke SO inappropriate that in just thinking it, yeesh if you good people were to just read it, we'd all go to Hell.

OT: I was never a big fan of Queen, and I have to wonder why they didn't just get their own game. Seems there would be enough to do it, instead of just adding on to Lego: RB.

Why dose this thing have to exist.I would like Rock Band:Queen but not to see Queen in a lego game. 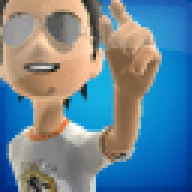 well well well... here i was thinking Lego rock band wouldn't be challenging at all... but from the looks of things, it looks like it may provide a challenge just like Rock Band. 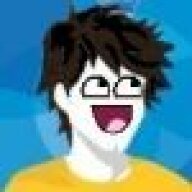 RAND00M said:
Why dose this thing have to exist.I would like Rock Band:Queen but not to see Queen in a lego game.
Click to expand...

Do you really spend much time whilst playing Rock Band looking at the background?

No. So this should mean they put in MORE SONGS due to less visually complex graphics.

kotorfan04 said:
Hey in a few weeks the Queen update will hit for RB 2. Hooray, now I don't have to buy the Lego game, just RB 2.
Click to expand...

This week actually, the Queen 10-pack [http://marketplace.xbox.com/en-US/games/offers/0ccf035e-0000-4000-8000-000045410829] is already up for the Xbox 360 version. Once the two tracks from LEGO Rock Band are added we're really only missing a handful of songs to have all of Queen's best work available. Though still no Bohemian Rhapsody, which is kind of understandable.

RAND00M said:
Why dose this thing have to exist.
Click to expand...

It's a Rock Band game aimed at being more friendly for younger players. It functions just like Rock Band, but with more pop songs and sports anthems built-in, and it filters out any other Rock Band songs with non-kid-friendly lyrics from both the ingame store and the track list.

If you don't like the LEGO version of the interface, you can always export the tracks off the disc and play them in Rock Band or Rock Band 2. There's definitely a market for this, and even after I'm finished with the novelty of the LEGO-style interface I'll probably keep the copy around in case someone brings their kids to my place.

In short, if you can't understand why this game exists, this game is not for you. 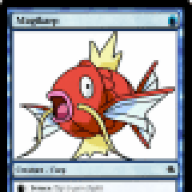 Man, this is a really hard one here.

On one hand, Queen ROCKS! On the other hand, QUEEN rocks!

I hope you can see the difference. 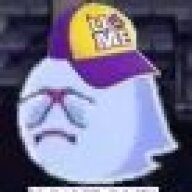 Ironic said:
No. So this should mean they put in MORE SONGS due to less visually complex graphics.
Click to expand...