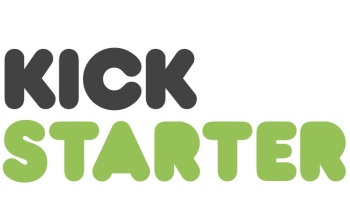 Steve Ellis says the fact that a game needs funding on Kickstarter should be a red flag to potential backers.

Kickstarter is awesome. Kickstarter gives us the games we really want. Kickstarter lets game makers speak to their audience directly, without having to put up with suit-wearing jerks in boardrooms. Kickstarter will revolutionze the videogame industry!

This is what we've been told, and in some ways it's true. Crowdfunding opens up a whole new realm of possibilities for everyone in the chain, from the indie guys struggling to get their first game out the door to gamers struggling not to gag at the mere mention of monetized sequelization. But the excitement over new, vaguely-formed ideas often leaves important questions unasked, including why these wonderful projects needed to go to Kickstarter in the first place.

"While I'm happy to see some interesting projects raise funding that they wouldn't have been able to raise through other methods, the fact that they couldn't raise funding through other methods ought to be a red flag to anyone who contributes," Free Radical co-founder Steve Ellis told NotEnoughShaders. "Essentially, Kickstarter is asking people who don't understand the risks and challenges of the industry to fund it. I'm sure that there will be some high-profile successes as a result but I expect a fair amount of disappointment too."

Disappointment over things like, say, what if it sucks? Or what happens if the money runs out and the game isn't done? There's a natural tendency to assume that guys like Tim Schafer and Brian Fargo won't put the screws to their fans, but there's also no guarantee that things won't go completely wrong. Yet the idea of "buyer beware" seems lost on a lot of people who back Kickstarter projects.

He also dismissed the idea of resurrecting Free Radical's most famous IP, TimeSplitters [http://www.amazon.com/Time-Splitters-Playstation-2/dp/B00004WKN9/ref=sr_1_1?ie=UTF8&qid=1349283645&sr=8-1&keywords=TimeSplitters], through a Kickstarter venture. "FPSes are much more expensive to develop than point-and-click adventure games," he said. "To put this in context, Double Fine Adventure raised about as much money (before fees) as it cost to develop GoldenEye 007 on the Nintendo 64 in 1997. A modern FPS would require several times as much funding, and I don't think that that is currently achievable using Kickstarter."

I've said it before and I'll say it again: Don't put any more money into a Kickstarter project than you can afford to throw out the window of a moving vehicle. Excitement is fun, but perspective will do you a lot more good in the long run.

This guy sounds like someone who doesn't like the idea of developers not needing "traditional" ways to get a game made. People know there are risks but those suits who know nothing of games make all the decisions and they look at numbers only. This means that niche games they think wont sell never even get a chance unless they incorporate something that already works. Kickstarter isn't the solution for everything but at least for those niche markets like the point and click adventure it is perfect for.

That's a very narrow point of view. For one, I know games funded via Kickstarter can be of high quality. I'm currently enjoying FTL and the beta of Guns of Icarus, both games crowdfunded on the site. Is there crap on Kickstarter? Certainly. But people can decide for themselves what is worth the small risk of backing a project. And there also is no guarantee when I purchase any game, crowdfunded or published, that I will actually enjoy it. Be informed and cautious with your money, sure. But how is that any different from business as usual? I just don't get the backlash against Kickstarter.

I feel like there are levels to this thing. Sure there's a definite thing about people asking for money who can't get money from the people whose liveliehood it is to assess the risk, but then you don't hear about many $3 million games that get funded, unless we're talking about Flower and the like, so it's probably true that there aren't many people at all who have experience funding these things.

Still lots of people are really loving FTL at the moment and that was kickstartered wasn't it?

I'm really hopeful for Wasteland and Project Eternity, but I do wish they talked a bit more about how they're going to use the money and what sort of game they can produce with it though, given the sort of money we're talking about for a normal game, it can be hard to imagine they can make it for a decent game nowadays for that money even if the style is old fashioned.

Still they made the games before and these guys should know exactly how much they cost to make. I do worry about the more fresh developers though

Yep, I made sure to consider my backing of the double-fine adventure as a donation with possible benefits. I think kickstarter will work best with really small first efforts or larger ones backed by known quantities. Projects past a certain size are indeed unworkable. 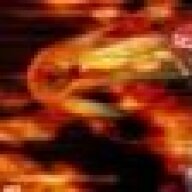 Who said you had to make the next Timesplitters look like Modern Warfare 3, Free Radical? If we gave you the same budget that Tim Schafer got, does that mean you could make a new Timesplitters with N64 graphics?

Nothing you say matters until you make Time Splitters 4! Or just a pc port of Future Perfect...

In all seriousness, he's not saying anything new. Kickstarters are a risk, but at the same time, just because it's not something a major publisher would choose to fund doesn't make it a bad investment. It just means it isn't a shooter with deathmatch. 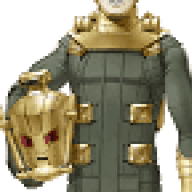 I said it before, I'll say it again: It's investment.

Maybe because the people who DO "understand" the risks and challenges of the industry don't have the balls to take a chance on a new idea? -_^ 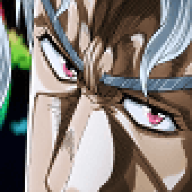 That's why I refuse to support any kickstarters, I'm not going to give a guy my money just based on the idea of a game. I'll wait till I actually see gameplay and wait for the reviews before I even think of buying any of the games supported by kickstarter.

That's exactly what I was going to say.

No doubt caution needs to be advised, not all projects will go well that is just a law of averages.

But on the other hand he seems to have an almost allergic reaction to this idea, we get it you are old and new concepts are scary, so completely ignore the industry issues of why these projects can't get proper funding and just hang it all on "well if it doesn't fit my mold it's shit"... reminds me of my granddad.
U

Imagine how less canceled by LucasArts Battlefront 3 would have been if they used something like Kickstarter, though not with the same IP, cause, LucasArts would murder them in their sleep and eat their babies.
C

Kickstarter is risky. Anyone who wants to believe otherwise and that it's all sunshine and bunnies and rainbows is fooling themselves. The article has valid concerns.

Not everything is going to end in tears, and there are some valid reasons that a game ought to go with Kickstarter such as taking a risk a publishing something that mainstream publishers don't think will sell despite there being a market for it. That said, a lot of what's making its way to Kickstarter should indeed be met with a lot of skepticism. This isn't a magic bullet, for a lot of developers this is probably a last ditch effort to get funding for something that couldn't garner it on the project's own merits.

What of developers who simply don't want to work with typical publishers? I know if I made a game with a small group of maybe 10 people, worked on it for a long time and poured my heart into it, the last thing I'd want to do is give up the IP rights so that a large publisher could pump out uninspired sequels without my input. I think it's unfair to assume the only reason a game would be on Kickstarter is because they couldn't find someone to publish the game. Maybe they simply wanted to keep it in-house.

DVS BSTrD said:
Maybe because the people who DO "understand" the risks and challenges of the industry don't have the balls to take a chance on a new idea? -_^
Click to expand...

Are you suggesting that the people who have the money are scared to actually do something new?

Why, that's unheard of!

OT: Of course backing something in Kickstarter is risky, and you have to be careful about where you put your money.

That also doesn't mean every game that's being crowd funded on Kickstarter is going to be a turd or great. I'm still not sure how great Kickstarter will be for games and how it will impact the industry, so I think using caution is really wise here.

I would fund timesplitters to the moon and back. And doesn't everything take a certain amount of risk, once we see some Kickstarter success it might change his tone.
E

I'm so sorry, I can't hear you over the sound of FTL: Faster Than Light and how fucking awesome it is.

I'm always blown away by the people who are willing to put hundreds or even thousands of dollars in to Kickstarter funds. I personally won't contribute to a kickstarter of a game unless My contribution gets me the game at no additional cost and the game is near completion and maybe just needs a little extra push.

Indie games are really little more than higher end translation jobs or rom-hacks.. and how many of those do we see people give up on half-way through.

I'm not condemning the practice, I'm merely reiterating what other people have stated: Be careful and don't bet what you cant afford to lose.

Sylveria said:
I'm always blown away by the people who are willing to put hundreds or even thousands of dollars in to Kickstarter funds.
Click to expand...

The huge backers are usually other people in the the games industry, or a group of people who put all their money together.