Free-to-Read Journal from Publisher of 'Science' Coming in 2015

Free-to-Read Journal from Publisher of 'Science' Coming in 2015 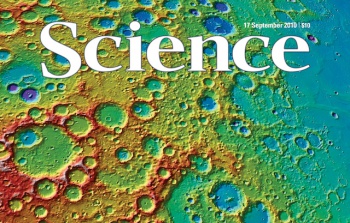 The American Association for the Advancement of Science (AAAS), publisher of the prestigious journal Science, plans to launch a new journal in early 2015. Titled Science Advances, this digital-only journal will differ from Science by not requiring readers to pay a subscription fee to access its content.

Science Advances will aim for rapid publication, just like Science, but will only publish original research and review articles. Funded through author processing charges, the journal will be open access to readers, allowing it to reach a broader audience.

Historically, open access journals have been less appealing to researchers because they seldom come with the same credibility and prestige of the well-known journals.

"There are many problems with open access journals, mainly because the review process doesn't tend to be as rigorous," said David Wang, a PhD student and researcher at McGill University. Speaking with The Escapist, Wang pointed to an incident in which 157 open access journals accepted a cancer study that turned out to be fake. [http://www.mnn.com/green-tech/research-innovations/stories/157-science-journals-accept-fake-cancer-study]

While having the weight of the AAAS behind Science Advances will certainly help with respect to credibility, Science's biggest competitor, Nature, launched an open-access spinoff titled Scientific Reports several years ago, and it has yet to be a game-changer in the field of open access.

Well that's awesome. Gotta save on that subscription cost.

Finally a free journal. I'm currently going to school for Psychology and it's utterly annoying how a lot of articles are behind a pay wall that even my school can't access.

Freer information is something that I can always get behind. 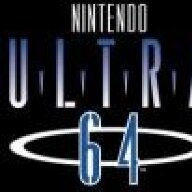 I remember doing papers in school and wasting hours sitting clicking my way to pay walls. However, this would really only be useful if it could have real credibility behind it. In my mind, the only reason this has any chance of success is because Science is behind it, but they'll need to establish that the quality of the papers published through this method are consistently high. Vetting processes are really what separates real science from scams.
1

The latter will ALWAYS win in my eyes. In the end they catch their mistakes and really putting half of your research behind a massive pay wall is kind of counter productive to the reason why you do science isn't it?

Learning and sharing that knowledge?
S

This is great. we need more of this. in fact, we need all of this. Schience should benefit humanity, not be locked behind a paywall. Considering that most of studies are government financed to begin with one way or the other it only makes sense that information of such studies have to be publicly acessed.
Paywaller journals need to die as fast as possible.

Well this is nice. I haven't had to do research on something specific enough to hit a pay wall, yet. But it would be swell to have something informative in fields of interest to me to read. That author processing charge worries me, though. It might mean some authors won't pay to publish their work with AAAS if they have to pay extra on top of whatever current costs are there.

Why can't they just have ads on the side for Bunsen burners, test tubes, radio spectrography machines or other science supplies. They at least could have an ad service like Google Adsense, though that might have you reading about advances in nuclear fusion with ads for adult toys, PC components and those old "home reactor" science kits from the 50s on ebay right next to it. Come on, this is open to the entire internet, and we're used to annoying gifs of people dancing because they're supposedly excited about saving on taxes.