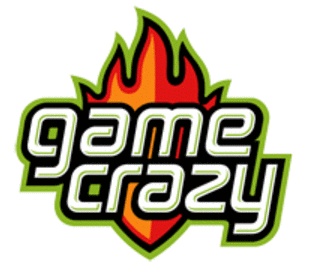 In an effort to "address underperforming" store locations, gaming retailer Game Crazy will be closing 200 of its 680 locations during October.

Movie Gallery, Inc. is currently operating in an unprecedented consumer/retail environment. In order for us to continue to best serve our millions of customers across North America we're addressing underperforming stores and ensuring that there is sufficient [return on investment] associated with each of these stores going forward. The vast majority of our stores will be unaffected by these efforts.

This is certainly dire news for almost everyone involved. Hundreds of people will lose their jobs, many gamers will lose their only useful retail alternative to the GameStop/EB Games megachain and the company as a whole has hit a massive roadblock in its quest for marketshare.

On the other hand, they were probably bleeding money like a stigmata with von Willebrand's disease if the only recourse is shuttering almost one-third of all retail locations.

While I don't go to Game Crazy, I still feel bad for those that have to lose their jobs. It's a sad day, when any company shuts down stores. 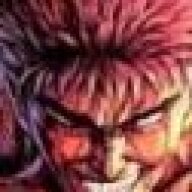 Shame, though I've only actually ever been to one Game Crazy I believe. Game Stop is so much more widespread.
C

Well its a good thing i go to gamestop, the game crazy here sucks the people in it are not helpful at all and they have no idea what games are in or anything

Woah. I guess that makes Game Crazy absolutely cra-- no! Put the gun away! 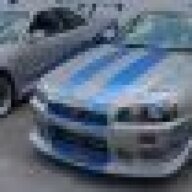 In my city there are three Gamestops and one Play N Trade all in a 15 mile radius.

I support the underdog.

Game Crazy used to be good, but then they tried the Game Stop alternative and lowered the price they pay on reselling and increased the cost of the game to a point that made Game Stop the less expensive option was when my stores shut down. Yes that's 2 stores that shut down several years ago. If the rest were run that way, then I'm not all that surprised that they are closing down a lot of stores. 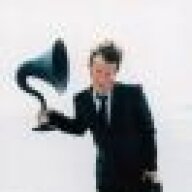 I don't even think there's a game crazy in my area, I live on the East Coast. Are they a West Coast chain? I mean we have Movie Galleries...well a few, but I've never ever seen a game crazy. 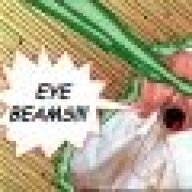 Yikes! I hope the one near where I live isn't one of the 200 stores shutting down. That's where I preordered MW2!
C

I think I went into one Game Crazy over the past few years and Gamestop was actually cheaper, believe it or not.

Still, that sucks for the people that are getting laid off.

... What's a Game Crazy? Never heard of 'em before. But I still feel for the people losing their jobs. Keep strong guys! When I take over the world I'll let you be henchmen. 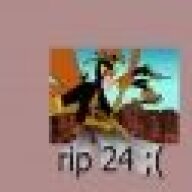 fuck i really hope the one by me doesn't close, the people there are so nice. Plus I have MW2 pre-ordered so it would kinda suck if it got shut down before that dropped.

QuirkyTambourine said:
I don't even think there's a game crazy in my area, I live on the East Coast. Are they a West Coast chain? I mean we have Movie Galleries...well a few, but I've never ever seen a game crazy.
Click to expand...

I've never seen a Game Crazy and I've lived in several different states in the Central and East Coast Areas. Though I'm fairly well traveled everywhere north, south, and east of Oklahoma, I've only gone west one time and was definitely not looking for game retail places at the time, so I'm guessing West Coast chain also.

In the Tulsa area we have GameStop, Game eXchange, EB, and Vintage Stock and except for the occasional older game, I buy all my games from Wal-Mart and Best Buy. Sooooo much cheaper. Generally unless it's a new release, thier used prices are usualy more expensive than Wal-Mart's new prices. And for those new releases, I'd rather pay the extra $3 to $5 for an new copy.

My best friend does like GameStop though because he likes to trade, which confuses me since at least a dozen times he's had to return a new copy of a game because they've scratched the disc in thier storage sleeves. Another reason I prefer places that sell unopened games.

QuirkyTambourine said:
I don't even think there's a game crazy in my area, I live on the East Coast. Are they a West Coast chain? I mean we have Movie Galleries...well a few, but I've never ever seen a game crazy.
Click to expand...

Movie Gallery is the same chain, or at least owned by the same overarching company.

Random, unrelated fact: I got my first job at 17, and it was working at a Game Crazy. Aside from my current "write about videogames to an uncaring audience" it was easily my favorite job of all time.

Not because of the store, but because the people I worked with were way awesome and all we did was play games all day and get drunk on store time. And we still managed to outsell the rest of the state because we were just that good. *cue Caruso-esque sunglasses and Who backing music*

I had a friend who used to work for Game Crazy and he did a great job (his was the "cool store") but then management decided to screw him over in order to placate one angry customer's girlfriend. In the end though they are getting what they deserve; they are not trying to be the good alternative to Gamestop, they are trying to become them. Oh well.
Show hidden low quality content
You must log in or register to reply here.
Share:
Facebook Twitter Reddit Pinterest Tumblr WhatsApp Email Link
Top Bottom