Like Perfectionism, this is a self-documenting design, where the game teaches you how to play as you go along. Thus, you should download and play it now before reading further.

Well it was definately interesting, though idealism didnt really come into my play much, once I figured the only things the green blocks did was effect the diamond 'helpers' I skipped through them whenever I could get away with it.

it might just be that I'm the kind of person who only cares about their own result (at least within the game), but the reason I think I behaved with total disregard for the 'idealism' expected of me, is that I had no emotional connection to the diamonds. if instead of attacking me, the green blocks somehow expressed sadness, or died. then I would be much more inclined to avoid the blocks when the diamonds were not there.

as for the controls, I was playing with a laptop mouse and keyboard, and it felt very peculiar (and with the same hand clicking and shooting, I sometimes mixed them up and shot where I wanted to move, or moved where I wanted to shoot... which was all too often into a missle =P)

as for why game devs tend not to give away their source? well I dont give it away for at least a time after releasing the game if I can help it, because I want to be recognised for what I did on the offchance that my game might actually become popular, and I'd rather not give away the source in case somebody made a few changes, released it as their own and got all the credit.

in my experiance most artists feel this way, its why copyright laws are such a big deal in the art world, whereas non/less 'artsy' software is much less about who gets the credit. and in my experiance with making any art digitally, very few people pay for the software anyway. ;-)

anyway, once again you've made me think, and I've come away a wiser person. many thanks (^_^) 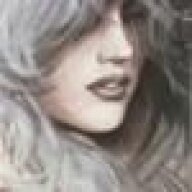 lol That was tons of fun. Thank You

I consider myself a free software supporter, although I wouldn't go so far as to call myself a zealot.

I've worked in environments where the people supported free software all the way, and I've worked in 100% proprietary shops where there wasn't a single FOSS program in sight. I can't say I ever found it hard to stick to my ideals on either of them.

On the former the "rub off" effect is there and it's business as usual, on the later you might feel tempted to adhere to the views of those around you, but actually having to work with a proprietary software stack and its developers makes you truly appreciate the beauty of free software, so it's not exactly hard to be constantly wishing for those greener pastures you know are there just over the hill.

That being said, I'm also a gamer but never felt the need to have access to any source code, due to the simple fact that it's "only" entertainment. The game isn't running my servers, or filtering my e-mail, or storing my data. These are tasks where I demand the absolute control that free software provides, games, on the other hand... just aren't as important.

I feel about as much need to have access to a game's source code as I do to have access to the 3D models used in a movie's CGI effects. They could be useful to about 0.5% of the people watching it, but for the rest of us "users" it doesn't really matter.

It *could* be useful to have access to the source code, but for another reason altogether you don't seem to have touched upon: Availability. It ensures that if there's enough interest in what you've created, people will make sure it runs on whatever exotic platforms exist today or 10 years from now. And it's this lack of availability that I take issue with. You said that the release of Perfectionism wasn't met with any hisses and boos, well... maybe that was because the people who would hiss and boo haven't even heard of it, like me. Even though I played two of your previous games (Passage and Gravitation) because they ran on Linux, I hadn't even heard of Perfection until I read this. And how did I come to read this? Well, it was featured on braid-game.com, a site which I have added to my feed aggregator due to the fact that this game *might* have a Linux release, and thus of interest to me. Don't assume that people don't care just because they aren't vocal, maybe they just don't know about it.

So now that I do, allow me to hiss and boo at the fact that I won't be able to play these games.
Z

I'm not sure how well this game succeeds ... it mainly seems to convey something like, "if you're willing to screw over those who help you, you'll succeed more easily." Which is true in the world you've designed, in large part, because there is no persistent memory across stages.

Perhaps it would better convey the ideas you've discussed in your article if the idealism of the game required a more active roll to win trust from the helper-turrets (eg, save the green blobs from the enemies), or if there were some mild persistence in the memory of the community across stages (so playing idealistically really did matter more), or if there was some transition in the game to a community which just doesn't care about your idealism.

"allow me to hiss and boo at the fact that I won't be able to play these games"
Maybe they run under Wine, ya freak.

As for Idealism, all I know from playing the game is that the turrets get aggressive when I destroy the blocks. But there's no connection to the blocks being "ideals". Status quo, maybe.
This is similar to WoW designers not changing character balances to avoid community uproar. Not connected to ideals, more like tiptoeing to provide fanservice.
J

Nice. It didn't feel like a strong connection to the topic until I got to the levels where there were no turrets at all - and it took me a second to realize that there was no need (or at least no practical reason) to plan out how to avoid the green blocks.

I'm curious if the level I ended at is the final level - it seemed pretty flippin' hard. Although I didn't realize until I read your description above that the game would pause again if I stopped moving. I had assumed that once you start moving / shooting on a level, that it would continue to move. If this were a standalone game without the sketchbook writeup, I'd suggest mentioning that explicitly.

Oh, and the reason I was going to comment at all - I just found a very nice open source GameMaker-like program which someone recommended to me, and in fact recommended more than GameMaker (or at least more than the free version). It's called Construct, and I found that it was much easier for me to dive into than GameMaker. It still only builds games for Windows/Direct X at the moment, though.

You can find it here: http://scirra.com/index.php
J

Nice work. Doesn't work for me in Linux with Wine like most GM games do though

There are definitely some of us in videogame-land that value openness, and I suspect it will become more relevant to ordinary gamers in the coming years, as Microsoft tries to re-assert its ownership of the PC platform, with occasional consumer-hostile consequences.

On the other hand, my day job is making games for proprietary consoles. Balancing your idealism with some pragmatism is a good way to go, if only to keep yourself sane. Even some of the patron saints of open source preach a doctrine of dealing with your competition rather than ignoring it:

As for FOSS alternatives to GameMaker, PyGame doesn't have all of the features and ease of use GM does, but it has its own advantages, and it's pretty easy to compile a game into a single Windows EXE for easy distribution.