Pfft. Like hell. That spot's reserved for Stone Cold Steve Austin, failing that, the Rock!
Click to expand...

That would be "The Toughest S.O.B. in the WWE" and "The Most Electrifying Man In Sports Entertainment".
/raises eyebrow
Click to expand...

And that's the bottom line (WHAT?) 'cause stone cold says so!

Ahh good times. I'll leave The Rock one to you ;¬D
Click to expand...

Can you smeeeeeeeeeel...
What the Root...
Is cooking?

Rock had great charisma, but really wasn't much of a wrestler. The People's Elbow was laughable, as well as the 1-2-3 Slap. The problem came about when Vince started setting them up against 3 gibberonis at once in a splat match, and then they got flattened from one move by the Phenom.
Triple H is more past it than Double H though, but he doesn't have the badger beard.
Click to expand...

Aha, I see what you did there, one cookie for you ;¬)

Yeah I'll give you that much, wrestler wise the rock wasn't incredible was he? You could say the same thing for HHH too, if he didn't use the pedigree, then chances are he's hitting you with a sledgehammer. But I guess that's what made him a good villain.

Well you know who was my favourite two favourite wrestlers back in WCW were? Diamond Dallas Page and Billy Kidman. Let's see who recognises the second one... *waits*

One of the non-wrestling Hart brothers actually taught at my junior high. 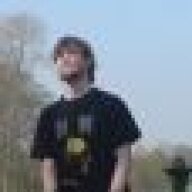 glad it was Bret "The Hitman" Hart a talent wrestler than crappy Hulk Hogan. Bret is the best

You see? You're immortalized through gaming.
R

I remeber watching him wrestle. I was a little kid watching wrestling with my Grandpa because he liked it, and he controlled the T.V. I wound up liking wrestling, or at least the wrestling of the era. 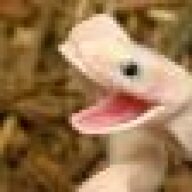 Thats right, i always used him on the PS1 wrestling game i had, cant recall the name correctly though D: 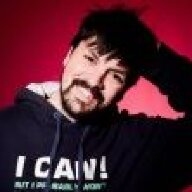 I was a big wrestling fan when I was younger and I think it's pretty cool that the franchise keeps a grasp on its history by incorporating historic wrestlers in their games. Easiest way of exposing new fans of WWE to the history of the sport in the same way Fight Night incorporates historic boxers like Ali etc.
Show hidden low quality content
You must log in or register to reply here.
Share:
Facebook Twitter Reddit Pinterest Tumblr WhatsApp Email Link
Top Bottom