Games That You're Leery About Replaying

Wolfenstein 2 easily for me. Wolfenstein 2 suffers from "shut the fuck up" syndrome, where there are way too many unskippable cutscenes that take way too long and leave you saying "shut the fuck up." Any consideration I've put towards replaying the game have been stonewalled by the knowledge that I would have to watch all those cutscenes again and get turned off. On top of that there are some really fucking annoying sections in the game (that courthouse shootout comes to mind) and the stealth, while it has its moments, seems to try and force a head-on fight while making you think you can sneak your way out. 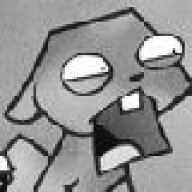 I take it you mean games we have actually completed at least once, right? Otherwise the list would become rather long, old chap.

I display tendencies of gaming OCD (I've done all the markers in Skellige in The Witcher 3, for example), but Batman: Arkham City and Batman: Arkham Origins I just had to punch through in a straight line because the sheer amount of banal busywork would drive me nuts otherwise, and I have no desire to ever touch them again. Asylum was FAR superior in every way.

I completed Life Is Strange en The Wolf Among Us this year, and even though I rather enjoyed the former, and had some good moments with the latter, and I even though I suppose I could go through them once more to make some other choices, I feel like I've seen everything I need to see. No interest either in the Life Is Strange-prequel (just seems like bad idea), or any other Telltale "game".

Borderlands for me. Absolutely loved the game, but ugh. It?s mostly because I ground achievements trying for the full 1750 GS and it took a LOT of time and effort; between the ?Big Tournament,? ?What a Party? and ?Braaaaaaaaaaaaaains? achievements, I had to stop and ask myself what I was doing with my life on more than one occasion.

And after all of that, I still managed to screw myself out of the full 1750. At one achievement shy, I?ve been sitting at 1725 of 1750 for years. I forget the exact circumstances, but the ?Completionist? cheevo requires that you complete all of the missions in the Secret Armory DLC, and I somehow managed to miss one mission I wasn?t able to go back and complete. I did get the achievement for killing Crawmerax, the hardest-yet-secret boss in the game, as I co-oped with a buddy who, using the Siren, was able to kill him by himself while I ran distraction. So for the last achievement, I started a NEW character with the intent of leveling as quickly as possible and getting back to and through the Secret Armory. After WEEKS of grinding a new character back to the DLC, I completed the mission I missed during my first playthrough but, lo and behold, I then realized killing Crawmerax was also a mission in The Secret Armory, and by that time, I couldn?t find anyone online willing to help me kill Crawmerax again. I ground the whole game again? for nothing.

I'll agree with the OP here. I loved both New Order and Old Blood, and happily parted with cash for New Colossus, but when an update was released last month that wiped all progress in your current chapter forcing you to restart from scratch I just thought "Uurgh, I can't be arsed." and haven't picked the game up since. It's a shame, especially since what I look for most in a game is replayability, but there it is.

Tried replaying the Witcher 3 on new game plus to attempt for the best ending and dlc, but it quickly became apparent that I was not enjoying it anywhere near the first time around. Fantasy and Geralt fatigue got me bad.
C

Any open world game by default. As great as it was, it will be difficult to play through even Horizon: Zero Dawn again. So much talking and whatnot; even though the story was interesting it gets to be a slog with so many mandatory conversations and data dumps. I just want to hunt the machines on Ultra mode, and have everyone from the story just kinda wave at me and give a thumbs up as I pass them by.

Most JRPGs.
The exception being Demon's Souls, which is brief enough and sorta kinda weaves in NG+ into the "core experience" of playing it.
I had a blast playing Ni no Kuni: Wrath of the White Witch, Legend of Legaia, Tales of the Abyss and Dragon's Quest VIII: Journey of the Cursed King. But each of those games took me anywhere between 70 to 100 hours to complete. Considering the opportunity cost of 100 hours I'm weary of replaying any one game that long, especially if I already got 100%.

Max Payne 3, that game is absolutely loaded with unskippable cutscenes after almost every 10 minutes of gameplay.

Witcher 3. Its incredible, but its soooo long and the time it would take to replay it could be spent playing 3 or 4 other games.

Most RPG's and Open world games.

Mostly because, well, they tend to take a really long time to play through. Being good at them can shave some time off because you know what you want, aren't getting lost(presumably) and know the best ways to get where and what you want, but that's still a lot of playtime.

Mostly because, well, they tend to take a really long time to play through. Being good at them can shave some time off because you know what you want, aren't getting lost(presumably) and know the best ways to get where and what you want, but that's still a lot of playtime.
Click to expand...

Yeah, it's generally why I don't deal with openworld games begin with.

Put in another for Wolfenstein 2 The New Colossus. I really don't have any need to play it again, even on the hardest difficulties.

Lollipop Chainsaw - Looking back at it now, the combat was just average, even by Grasshopper Studio standards. I still like the writing and the characters. Killer is Dead felt like a better spiritual sequel to No More Heroes; combat wise at least.

Comix Zone - After beating the game twice on the Sega Genesis I never wanted to play that neeeeevvveerr aggaain. Yes, I noticed Sega HD Collection has the save states, but it's still is a pain to get through the whole game.

Final Fantasy XV. I enjoyed playing it a lot, but it didn't feel worth replaying (even to check the update changes in Chapter 13).

Shovel Knight. Only because the free DLC is pretty much replaying the game with a different character and moves set, I feel no need to replay the original mode at all.

Season One of The Walking Dead. Mainly because of what goes on in the story, and the ending. My choices were my choices and I feel fine with them, and I don't think I need to play it again to see the changes considering how satisfied I am with them. Also, the ending really got to me.

Don't get me wrong, I love that game. But I don't feel the need to play it again.
C

Any Bioware game post Dragon Age Origins. Too much filler.

Oblivion. I feel it probably hasn't aged as well as it should, and I don't want to ruin it. Even for infinite pumpkins.

Rune Factory Frontier. I sat and grinded my little heart out. I won't do it again. You can't make me!

Stardew Valley. You can take your community Centre and you can shove it up your ass.