I knew he wouldn't make it. But it doesn't make this any less devastating. I was a huge fan of his. Rest in peace.
S

The moment he said he was retiring due to declining health, I knew he was a dead man already.

Still RIP none the less.

Cancer?s a dirty bastard. What?s sad is it is probably highly curable by now but the pharmaceutical companies and hospitals make way too much money off of it [http://healthimpactnews.com/2014/the-cancer-industry-is-too-prosperous-to-allow-a-cure/] to let that out of the floodgates.

As Linus Pauling, Ph.D, and two time Nobel Prize winner in chemistry told us, ?Everyone should know that most cancer research is largely a fraud, and that the major cancer research organisations are derelict in their duties to the people who support them.? [https://paulingblog.files.wordpress.com/2008/10/outrage-19861.jpg]

RIP, the voice of PC gaming.

While I can't say it was unexpected, it still came as a shock. I'm sad to see him go.

It's crazy how long some people are able to stick it out with this shitty desease. Kudos for keeping up that level of work throughout -- I'd probably be sitting in a corner.

Here, a reminder of happier times:


My thoughts go out to Genna during this sad time.

I was not a huge fan of TotalBiscuit, but was entertained by the things I did see of his. I felt he was very informative and had good insights into the games he reviewed and the industry as a whole. A horrible loss. RIP. 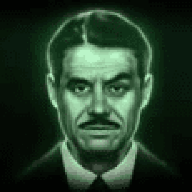 Chimpzy said:
Sad to hear he's gone. He was an important voice in gaming, even if I didn't always agree with him. I wish his family all the best.


I don said:
He beats cancer and was 100% cancer free, and then suddenly it comes back and now this? Honestly that is just messed up.
Click to expand...

BreakfastMan said:
Happens more often then you think, honestly. Just because the caner goes away for a while, doesn't mean it is gone forever.
Click to expand...

What Breakfastman said. While some cancers can be cured, it still really hard to get rid of entirely and equally hard to confirm that it actually is fully gone. That's why doctors say the cancer is 'in remission' rather than saying it's cured. It's possible for some remaining microscopic cancer cells to go unnoticed for years after treatment. And that can be all it takes. When a cancer starts spreading again after being in remission, it is called a 'recurrence'.

Yes, sadly what you just describe exactly what happens with cancer.The cancer TB was suffering from which was either liver or pancreas spreads and has a survival rate of five years if caught early. It also had a high chance to come back and spread to other parts of the body.

I would mention also that cancer is not painless by any means. The patient feels it though out their whole body, especially if it is more internal. Many people who end up having a cancer which does not go back into 'remission' are usually given some type of pain suppression.Which have their own side effects, which i am sure you can imagine are not pleasant.

How in the world he did his last few videos and podcasts was a feet of endurance with medication or without.

Wish his family the best in this time
B

I was just a kid getting into gaming when I first discovered TB. He was a big part of me changing from an adolescent fanboy to a person who actually cares about how companies treat the consumer.

I hope wherever he is, they have games with more settings than you could shake a tea cup at.

Genna just said that her dog is looking around for him.

RobertEHouse said:
The cancer TB was suffering from which was either liver or pancreas spreads and has a survival rate of five years if caught early. It also had a high chance to come back and spread to other parts of the body.
Click to expand...

Pancreatic cancer is the worst. It's pretty much inoperable and most people are dead within 2 months after diagnosis.

Anyways, my sympathy goes out to TB's relatives, wife and dog which as above poster mentioned him/her looking for TB is indeed heartbreaking. 33 is way too young to go. Hell, it's around my own age and I can't imagine what it must be like to suddenly kick the bucket. Sad thing is, although it's rare below the age of 60, bowel cancer has a high survival rate if the tumor is discovered in an early stage. From what I understand TB had blood in his stool but waited too long visiting a doctor. I recall he himself raised awareness for the issue. The more time a malignant tumor has opportunity to grow the higher the risk that the cancer will metastasise to other organs in the body. Espescially dark blood in the stool is a major red flag as this comes from the deeper tissues higher up in the bowel(bright red blood usually being hemorrhoids). So many cancer treatments are available nowadays, espescially immunotherapy has seen some groundbreaking results. Men in particular seem to have a habit delaying a doctor visit espescially with an 'embarrassing' problem like this one but given the choice between having your asshole probed or an early grave I think the choice is easily made.

Signa said:
I'm surprised he lasted this long, actually. It sounded like he was completely gone and done when he first got diagnosed.
Click to expand...

He was given months to live when he was diagnosed. He made it through years and years. Squeezing out more and more time.

It's pretty amazing how strong he was to pull this off for so long.

I didn't even know he was sick. Then again I never really followed the guy. Still that's some pretty sad news. RIP TB.

I don said:
He beats cancer and was 100% cancer free, and then suddenly it comes back and now this? Honestly that is just messed up.
Click to expand...

As has been mentioned by others, that is not at all uncommon. I know that from first-hand experience.

I'm going to watch some Shoutcraft tournaments, the Terraria series and listen to a few of his songs for a while.

I can't imagine how Genna and their kid are doing.

Samtemdo8 said:
The moment he said he was retiring due to declining health, I knew he was a dead man already.

I felt the same, but it still came as a shock. I didn't think he'd make it through the year, but I thought he'd have longer than he did.

The guy was an inspiration in the gaming community, a consumer advocate, and a pretty classy guy all around. I am sorry to hear he passed, especially since he beat the cancer for a good while there. I didn't always agree with him, but he was certainly deserving of respect for what he accomplished.

It is a shame I keep seeing people who disagreed with him for things like siding with gamergate going out of their way to try to shit on him.
Click to expand...

Yeah, it seems like games journalists (y'know, the people he was competition for) and Bioware employees really want to piss on his grave. Bioware general manager apologized for what "a former employee" said and claimed it was not reflective of the views of Bioware, but at least two folks who are current or former Bioware employees (one claiming to be a senior animator for Anthem) have been...less than kind.
Show hidden low quality content
You must log in or register to reply here.
Share:
Facebook Twitter Reddit Pinterest Tumblr WhatsApp Email Link
Top Bottom