Gaming is Made of People

Gaming is Made of People

In Sean Sands final Press Released, he asks that you remember the people behind the videogames. 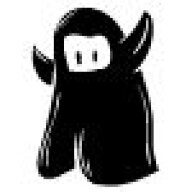 That, good man, was lovely.

And its true, people are dissapointed that they don't get a game they've been waiting 12 years for.

The developers are dissapointed that they have spend 12 years of their lives working on a project they invested their souls in.

Furburt said:
The first thing I thought of when I saw the title was Charlton Heston yelling 'Gaming is people!'

But yeah, good article, I'll be missin ya.
Click to expand...

I am sad to see you go, and I wish you the best of luck on whatever you do after this.
A good article, I enjoyed it, and I think you make a good point.
Games don't make themselves, there are a lot of people who devote their lives to making a game, and I do feel sorry for them when their game falls to pieces when it is released.
I like your example of DNF, I have done my share of jokes about DNF, but at the end of the day, there was a group of hardworking people that tried to make the game a reality, but due to some poor management, the game never materialized.
So next time guys, when you put in a really terrible game, remember that yes, it is bad, but someone put a lot of effort and thought into it, and devoted a couple years of their life to it.
Most of the time.
Sometimes I think the developers were just lazy.
But it holds true most of the time.

Great article. I have been guilty of making fun of some developers, because they shoot out vaporware, or such. But I do it in good fun, i have a really tight net for game buying, as I am almost always can't-get-something-off-the-dollar-menu broke. So if your game makes it to my lap, you have made something worth-while. Many games that people don't like in the slightest I love. I love playing Spore, and others that have just slipped my mind. So I do it, but they should get that I do it out of good fun.
S

Nice article, it's true that bad games aren't just bad for the people who play them, but for the designers who spend so much of their time trying to make something decent.
C

Gaming is in a really tough spot, where it's compared with Hollywood but more in line with software development. A lot of films take less than a year to complete, and including pre and post production doesn't often take as long as two years. In games, if you take longer than two years consumers become restless. An entire team of talented people need to make sure their incredibly complex code works well, and let's face it, there isn't much software that pushes the boundaries of technology like gaming does. You need physics programmers, A.I. programmers, graphics programmers, interface designers, graphic artists of a huge variety, etc. Just look at the end credits of any game.

Meanwhile, let's look at software that doesn't even have half of the people working on it as games do. A lot of software costs $100 and up, and we ***** about games costing $60. Companies like Adobe sell software for a much higher price despite fewer people working 9-5 each day on the product.

It's a tough career, and sometimes, I do need that perspective to give developers some additional credit. It's easy to give developers a hard time for a crap game, but this is an industry that requires a huge number of talent at massive costs, and the payback is often pretty small.

Still, I do think a lot of studios need to manage their projects a bit better. Xbox Live Arcade, PSN and WiiWare allow developers a chance to make products that get noticed but also don't have to compete with the latest and greatest. I think more of the smaller studios need to focus there and try and capture what we loved about older games, but evolve them into modern technology. Shadow Complex was a fantastic mixture of old skool nostalgia and an evolution with the times, and from the sounds of it a small studio built it in less time than a full retail game. And yet the game has such polish and provided so much gameplay time for me that I enjoyed it more than most $60 retail games this year.

Sad to see you go, but an excellent send-off. I think sometimes people forget there are real people behind the reviewers as well.

All art, all work, put on public display, will have required effort, big or small, and commitment. Sometimes it's good to sit back and think of that effort, rather than the product.

That was an excellent piece of writing. Good show, sir.

Gave me something to think about, thats for sure
G

About the article, it's always enjoyable reading an entry w/ a lil' passion & soul. I found this book "Make Your Own Computer Games" back in 6th grade at the school library, & from that pt on I realized programming was my niche. Thru-out grade school my personal "Duke Nukem Forever" was an RPG created from scratch in QBASIC. Well over 2/3 complete, alas there are better things to learn other than wrapping ASM & dealing w/ only having access to the bottom 64Kb of RAM.

Good luck w/ your future, us game devs are a breed of our own. 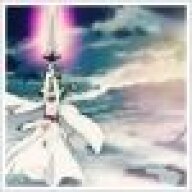 Thanks for the awesome article, Sean. The whole industry gets some bad rep, but the way you put it definitely brought out the human side, like you said.
D

SOILENT GAMING! IT'S MADE OF PEOPLE!

But seriously, that was an excellent article

Why is everyone leaving?
I'm sad now.

Anyway, more on topic, good luck to you in all future endevours. 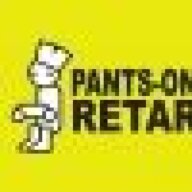 I will miss your weekly articles, you're one of the reasons I started coming here in the first place. Thanks for the years of well-written and entertaining articles. You know, if you change your mind we'll still be here.
C

This reminds me of a thought I had after watching an indie movie (it may have been Primer). With smaller productions, the passion, hard work and dedication that went into producing the final product, which I enjoyed, is visible throughout. It made me think about other movies I've enjoyed, ones with vastly higher production costs and values, (for example, The Dark Knight) that I also enjoyed, but for those bigger productions I didn't pause to reflect (until later): this is a thing some people made, and it's good because of the passion and talent they put into it.
Show hidden low quality content
You must log in or register to reply here.
Share:
Facebook Twitter Reddit Pinterest Tumblr WhatsApp Email Link
Top Bottom