​
The savior of Mushroom Kingdom is shedding his Nice Guy image in favor of something altogether more "urban."

For Nintendo fans in the eighties, "Doing the Mario" meant dancing along with Lou Albano [http://www.escapistmagazine.com/videos/view/the-escapist-presents/1724-Office-Mario-Party] as swung his arms from side to side. But times change, and "The Mario" has changed with them, specifically into a hilariously overwrought slice of gangster rap.

The new versions of Mario, Luigi, Yoshi, and Toad, are quite different from the plumbers, dinosaurs and walking mushrooms of previous years. Now, they're gun-toting thugs, who shoot indiscriminately at things, spend time with a plethora of ladies, gamble, and get high. This would be fairly hilarious by itself, but there's a lot of humor and cleverness in the lyrics, such as Luigi's line, "I'm amazing 'cuz [sic] I been up in the game so long and still nobody plays me."

While I'm not really a hip hop expert, the song seems really well done, it's rather geeky subject matter notwithstanding, and the video is so wonderfully silly that it's almost impossible not to smile at it. Photographer and filmmaker Willy Watkins [http://www.youtube.com/willywats] directed the video, as well as appearing as Luigi. Internet celebrity, "Rawn [http://www.youtube.com/user/hiimrawn]," wrote and produced the song, and appeared as Mario. The rest of the film's credits can be found in the description on the song's YouTube page [http://www.youtube.com/watch?v=6hsH39ekozE&feature=player_embedded], and the song itself can be bought on iTunes [http://bit.ly/dothemario].

I actually really enjoyed that; but as the first poster said, you need to be careful not to over play the market for it; there's only so much you can do before it stops being funny 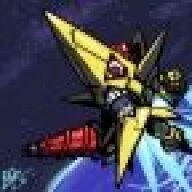 Is it bad that one of the first things I noticed in that video is that the woman on the right in the car has a painted nerf barrel break?

I had to stop it 10secs in, that was awful.
Do The Mario will always be swinging your arms for side to side. If that vid was supposed to be a homage to it, then it failed miserably.

Yeah, that was mind-numbing.

Thanks for giving me something to wash it away with, therandombear.

I watched it and now i've forgotten about it.

gangsta mario has been done before.

zombie711 said:
gangsta mario has been done before.

Everyone else takes cover, Mario stands up like a boss.

Ahem... That was awesome... Well thats my two cents. Hmmm better put in more info than at actually. don't wanna get another probation for "low content"
Yeah I didn't actually twig it was Rawn til the credits it was at that point i realized... of it is him.... I don't often find you funny... but today I do.

John Marcone said:
Well, as amusing as that was (I actually rather enjoyed it which is odd since I fucking hate Rap) it is becoming overwhelmingly obvious that remaking Mario into something dark and gritty is the flavour of the month.
We have what? 3-4 fan movie/series remakes that do exactly that. Plus the numerous music videos like this.

Its actually kinda over saturating the market...
Find something new guys. The Mario angle is played out.
Click to expand...

The 'oh look Mario does mushrooms' bit of it is especially true. The Escapist's own 'There will be brawl' was two years ago and by means wasn't the first to take this approach...
...still, this rap is pretty well done...
Show hidden low quality content
You must log in or register to reply here.
Share:
Facebook Twitter Reddit Pinterest Tumblr WhatsApp Email Link
Top Bottom