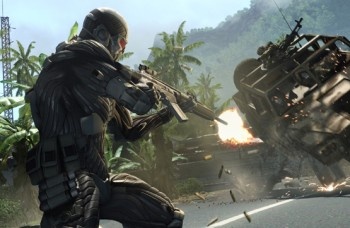 Gearbox Software boss Randy Pitchford is at it again, this time saying that id [http://www.crytek.com/] are "risking failure" by developing games requiring highly advanced, cutting-edge hardware instead of focusing squarely on the current generation.

Randy Pitchford's been making a lot of noise about other people's studios lately. It seemed initially that he just had a bee in his bonnet for Official Xbox Magazine [http://www.valvesoftware.com/], turning his attention to a pair of other shooter developers, Crytek and id.

Pitchford believes the two companies are setting themselves up for a fall by assuming that the current generation of consoles is going to last roughly as long as those of the past. "Anyone that built their strategies around the last generation timing, and is trying to employ those strategies today, is either being forced to adapt very quickly or is risking failure. This is going to be the longest generation we've seen in the last few of them," he said.

"Some people have invested a lot going to a place that's too far, and the customers aren't ready for that yet because they don't have the hardware for it," he continued. "I was thinking of Crytek, they couldn't find a market because they made a game [Crysis [http://www.ea.com/games/crysis]] that very few people could play. I'm not putting words in their mouth, I remember reading something publicly where they said they couldn't put this on consoles because of the hardware..."

id Software is making a similar mistake with Rage [http://www.rage-game.com/], he added. "We see the id guys talking continuously about this [with Rage], 'Well, Sony will have a Blu-Ray and I don't know what we'll do on the 360, maybe we'll have three DVD's... if the publisher will let us do that, maybe we'll errrrahh I dunno'," Pitchford said. "Because they're in this kind of 'generation plus' mode, and like nobody knows what the generation beyond this one is going to look like."

Pitchford could have a point, I suppose, but I'm inclined to think that it's just more noise from someone who clearly craves attention. Both id and Crytek have reputations for developing cutting-edge games that are more remarkable for their technology than their actual gameplay, yet both companies have done quite well for themselves, particularly id, which has been advancing FPS technology since the BioShock [http://en.wikipedia.org/wiki/Doom_(video_game)].

Is it me or did he keep his mouth shut until Borderlands came out?

I mean I hear the game was good but not great, maybe he shouldn't be getting ahead of himself?

Can't this guy be quiet for awhile? Really..he made one good game and he has already bashed Valve, iD, Cryteck and whatnot.

Oi Mr.Ptichfordn come back when you have made more than loot-whore 'r us games and expansion packs for another company.

I still don't know who the fuck Gearbox are...

Oh... "Portbox"... Just trying to get attention. Move along, nothing to see here, emo kid cutting his wrists, move along!

Pitchford is obviously a man searching for the spotlight, but he's right about the generation plus problem. We hit the point of diminishing returns with graphics hardware in ~2004, and at the same time CPU fabrication tech reached a plateau. So not only is it way harder to get the next 50% improvement out of the hardware, but the rewards for doing so are getting smaller and smaller.

Worse, every new generation takes more manpower to make it go, and the EA layoffs show that the last thing we need right now is for development to get MORE expensive.

Is it me or is everything he is saying is being blown out of proportion? He used 'Crytek' as an example, considering everyone, even on the PC gamer side of the pond were wondering if you needed a PC from outerspace to play Crysis.

Yeah, the game worked fine on my old computer, and warhead ran perfectly on the computer I upgraded. However, he is damn right when he mention that developers who try to go ahead of their time are risking something, specially if it's in the PC market. 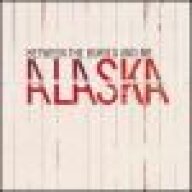 He's just sad that they get more money than him and is trying to create publicity. BUTTHURT!

I didn't realize Crysis sold almost as many copies as Bioshock... learn something new everyday.
I just wish he would shut up, he has already bashed two legends in PC shooters, and what has his company done? I can name one game (Borderlands). Great game, but not a good enough record to give him the cred to go after Valve and id.

Yes it is a risk, but only by pushing the current boundaries of technology will we find new and exciting methods of entertainment.

God i sound like one of them now :S 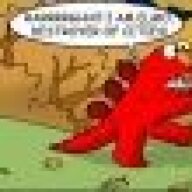 I'm 50-50 on this perspective. While it is far better to see the companies focus on the current system specs, some people do need to push the bar a bit. Emphasis goes on some though, because the specs they want fall into such a small niche that competition for it is the last thing a company can use in the market right now.

I agree with him in general, but we haven't yet seen Rage or Crysis 2. No matter what iD or Crytek say, the important thing is what they'll actually create.

Shamus Young said:
Pitchford is obviously a man searching for the spotlight, but he's right about the generation plus problem. We hit the point of diminishing returns with graphics hardware in ~2004, and at the same time CPU fabrication tech reached a plateau. So not only is it way harder to get the next 50% improvement out of the hardware, but the rewards for doing so are getting smaller and smaller.

Worse, every new generation takes more manpower to make it go, and the EA layoffs show that the last thing we need right now is for development to get MORE expensive.
Click to expand...

Yeah. At this point things look beautiful and realistic enough as is even in this generation's lower engines, and the investment (in both development time and funds) required to go further is just... Overkill... IMO there are a lot more important things to improve or work on right now than graphics. Stories in game still have a shameful tendency to be ridiculous or written by 12 year olders, gameplay is starting to get really stale, and honestly the industry as a whole could really benefit from companies taking some time off graphics and dedicating it more to everything else.

Hell, giving "less hardcore" PC gamers time to catch up hardware wise will do nothing if not wonders for their sales.

Personally I'd set the bar around CryEngine 3/Frostbite engine (since they're developed already, might as well use them. Also they both bring interesting things to the table like procedural terrain destruction and in Cytek's case, triple platform coding at once) and propose everyone leaves graphics alone for a good long while.

Still, I can't help but to look at...whatshisface from Gearbox as a 9 year old waving his arms around... Kind of kills his credibility.

Shamus Young said:
Pitchford is obviously a man searching for the spotlight, but he's right about the generation plus problem. We hit the point of diminishing returns with graphics hardware in ~2004, and at the same time CPU fabrication tech reached a plateau. So not only is it way harder to get the next 50% improvement out of the hardware, but the rewards for doing so are getting smaller and smaller.

Worse, every new generation takes more manpower to make it go, and the EA layoffs show that the last thing we need right now is for development to get MORE expensive.
Click to expand...

Are these developers not dealing with the same RECESSION the rest of us are? Because per your quote, EA certainly is, and they're one of the biggest players. It would certainly seem like now is not the time to be getting all excited about the next console generation, when gamers aren't buying the games made for this one.

I also feel the need to weigh in here because I am nothing more than a hardcore PC gamer who finally broke down and bought a 360 only because it was a third the price it was going to cost to make my five year old Dell run newer PC games at full spec. My brother-in-law continually does just that, and his custom PC is fantastic and runs everything perfectly, but cost 4 months salary and the tower is the size of a bass amp and runs like 8 fans. Meanwhile, I can carry my 360 in one hand and don't have to screw around with graphic sliders to get Fallout 3 to run well.

And as far as pushing the graphical envelope in general - look at the Sims 2 and Peggle sales figures. Granted, they're at the very low end of the spectrum. But clearly there is a LOT of money to be made on gameplay over hardware taxing. 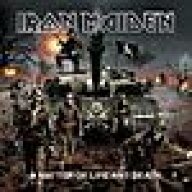 I hate Pitchford, all he seems to do is run his mouth about other developers (who frankly I prefer).
The games these devs make are great I loved Crysis and Warhead, besides they are lowering the requirements drastically with CryEngine 3, so much so that consoles will be able to run them (it won't look as good but oh well). How the hell can he dis id they made the Doom series for Chryst's sake (mind the pun), as well as many other great shooters.
Is there nothing this idiot won't say?
Edit: not that he doesn't have a point about the small niche thing, he just doesn't get that the graphics are a part of what makes these games as good as they are.

Say Randy don't you have some, oh I dunno, GAMES to make? You still are the CEO of Gearbox right?

id are stuck in the past and Crysis has more appeal as benchmarking software for new PCs than as an actual game? This is outrageous. I've never heard such controversial, attention seeking piffle!

Christ, Pitchford. Give it a rest. Yes we all hear you, yes we know you're there. Thanks for not removing dedicated servers from your game but don't start thinking you know what's best for the world of gaming. If id software stopped thinking one generation ahead, we'd never have Doom or Quake, and that means we'd never have Half-Life or HL: Op Force, the first successful Gearbox title that I'm familiar with. You also wouldn't have had a idTech engine for IW to base Modern Warfare around, which means you wouldn't have anything to be notable for complaining about, Randy.